LOS ANGELES (Variety.com) – Zoe Kravitz is in the process of curating a pretty dope playlist.

After a few catchy early numbers and some recent jams like “Big Little Lies,” the actor, singer, model and now producer is pumping up the volume on her career with new Hulu series “High Fidelity” and, of course, Matt Reeves’ “The Batman,” in which she co-stars as Catwoman.

Variety caught up with Kravitz to talk romantic comedies, playing opposite Robert Pattinson and those “” behind the scenes issues.

Your character in “” is someone who lives and breathes music, is that something you relate to?

Her inability to fully see herself is something I’ve experienced, something I’ve gone through. Someone who’s able to understand something like music so deeply, and then struggle to understand how a relationship works is really interesting to me. I’ve had those moments in my life where I felt like I understand art and music really well, I can talk about that, I can do that — but love is more complicated.

What romantic comedies, other than the original “High Fidelity,” were you looking to for inspiration?

“Sex and the City” was a major influence for me. There was a certain element of comedy and true drama and authenticity, wit and fearlessness that always attracted me, and it’s also just such a New York show; for someone who lives there, they did it correctly. I’ve always been drawn to the kinds of stories that revolve around people stuck in a place and the things they talk about, because it felt like what I do with my friends. You sit around, you smoke weed, you talk about movies, you argue about characters and actors and music. That’s some of my favorite shit to do.When it’s written well, when it feels real, it’s so fun to see.

You are also on executive producer on “High Fidelity,” do you see yourself taking on more off-camera roles in future?

This felt like a crash course in filmmaking and producing. I really did it, I put my name there and was very involved in writing, casting, editing, marketing, set design, everything. Making the show feel authentic was the most important thing to me and that requires me to have my hands on everything, because it all contributes to the look and the feel and the authenticity of the show. This show may have given me a few grey hairs, but I think it was worth it.

Talk to me about the regular fourth wall breaks, what do they illuminate about your character?

When you do those you have to break a habit, because your whole career you’re told to not look at the camera, not acknowledge it, so I had to allow myself to have a new relationship with the camera, to think of it as my friend. It’s good to imagine a person there, you’re talking to your friend because it can feel stiff and performative otherwise, because that device lets the audience into the character, especially because Rob is so guarded, it’s important that she’s able to feel vulnerable in those moments. I would literally picture a friend of mine in front of the camera and say I’m talking to a person right now.

Those coupled with the subject matter felt very reminiscent of “Fleabag.”

I actually didn’t watch “Fleabag” on purpose until after the show, because when we were writing it and people learned I was talking to camera, the first thing they would say is
“Fleabag.” I felt like if I saw the show I would either imitate, or be intimated by, or compare myself to Phoebe’s performance. I did not watch the show until after and then of course I loved it and thought it was f–king perfect, but I was happy I waited until then.

Switching focus to “The ,” DC films come with their own unique brand of pressure. Is that something you’re nervous about?

Definitely, I was excited when I got the role, and usually when you get a job the people who are excited about it are you, your parents, your agent, your friends and that’s kind of it. But when the press release came, I got more text messages and calls than I’ve gotten on my birthday, on my wedding day. All of a sudden, the reality began to sink in about what this means not only to me, but to everybody else culturally — and the fans of this universe are so dedicated and opinionated.

You could certainly say that.

It was a little scary, but also whenever I get nervous about something, I feel it pushes me to a better place anyway, so I welcome the nerves. If you start focusing too much on what people are going to think you’re doing yourself a disservice, it’s almost like you’re putting your energy in the wrong place. Of course, I want to honor the fans and hope they like what I do with the role, but in order to do what I think I need to do with Catwoman I have to go internal and forget about the rest of the world.

How do you feel about as Batman? What has it been like working with him so far?

I’ve never worked with him before, but we’ve been together for the last few weeks, I had to camera test with him and now we’ve been training together and rehearsing together and he’s just a delightful person and such a wonderful, thoughtful actor. I think he’s perfect for the role and it’s going to be such an adventure. I’m excited to have him as my partner in crime and to be there to support each other, because it’s intense. It’s going to be a long shoot and there’s a lot of pressure, and I know he has my back and I have his.

Let’s talk “Big Little Lies” for a moment. Nicole Kidman said she would be open to doing another season, but she pointed to your busy schedule to say that a potential season 3 won’t be here for some time.

Mine?! How about Meryl or Reese or Shailene? For wonderful reasons everyone’s busy, but I think we would all make time to make another season happen. It really feels like priority number one for a lot of us, because we love each other, and we love the story and we love culturally what it means to people. I feel like all of us would clear whatever we could to make that happen. But don’t try and throw me under the bus Nicole!

Did you feel like season 2 provided a satisfying ending to Bonnie’s story?

I don’t know if it felt like an ending, but it felt like there was a breakthrough, especially coming from season 1 where she’s seen as this picture perfect, very zen person with a perfect relationship and a perfect family. It was nice to break that all down this season, it’s almost like we met Bonnie for the first time by the end of season 2. It’s always a delight to get the opportunity to go deeper into a character because you don’t always get a chance to do that.

I’m sure you heard all the reports about the fight for creative control over season 2, what are your thoughts on what happened between Andrea Arnold, David E. Kelley and Jean-Marc Vallee?

I don’t really know what happened, that’s all producorial stuff that I wasn’t really involved in, but the way I see it is we’re all a family and Jean-Marc was the one that started the show, he put us where we are. I was very curious to hear what he thought of what we were doing in season 2 and what’s going on. His advice, his input to me was welcome. I don’t know how she (Arnold) ended up feeling about that, but to me I think the more the merrier when you’re working with so many amazing people like Andrea and David and Jean-Marc. My hope would be let’s all work together here. It makes me sad to hear that she left feeling not great, but I loved working with her, I think she does beautiful work. 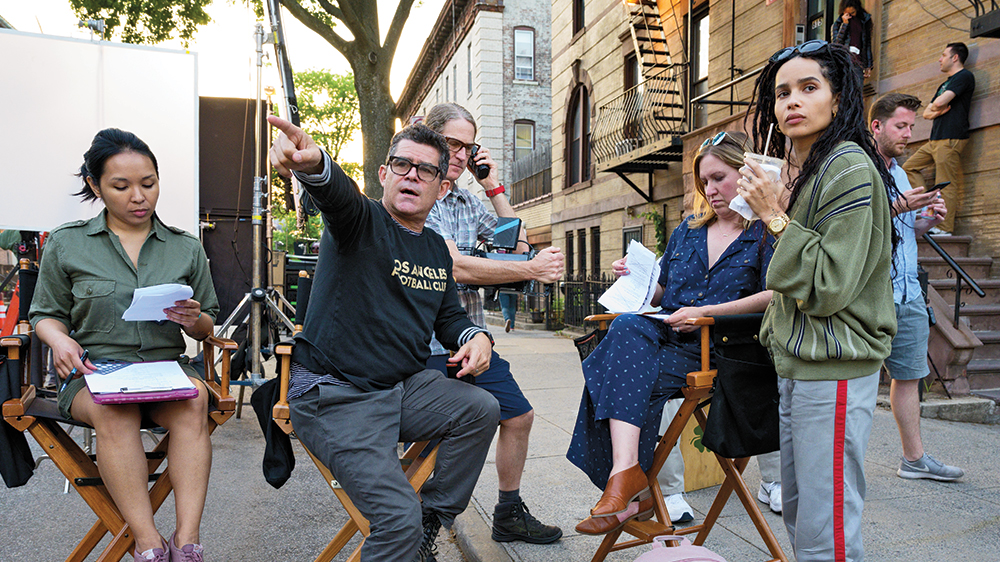