LOS ANGELES (Variety.com) – YouTube touted a record-breaking audience for its exclusive live-streaming of the first weekend of the 2019 Coachella, with views nearly doubling over last year. And the Google-owned video giant is hoping for another big turnout this weekend as it will deliver live coverage of the desert music fest’s Weekend 2 for the first time.

Over the first weekend of coverage (April 12-14), ’s live stream of was the most-viewed to date with about 82.9 million live views. That’s the highest viewership for the festival’s streaming since YouTube began its exclusive broadcasts of Coachella in 2011 from the Empire Polo Grounds in Indio, Calif. That’s up more than 90% from 2018, according to YouTube.

YouTube’s Coachella Weekend 2 will also for the first time broadcast from inside the Yuma Tent, the fest’s disco, with full DJ sets by Idris Elba, Guy Gerber, Nicole Moudaber, Deep Dish, Nocturnal Sunshine, and others on a second dedicated channel (at this link ).

Viewers can tune in to the Coachella Weekend 2 live stream exclusively through Coachella’s YouTube channel (at youtube.com/coachella ) or in the YouTube Music app. YouTube’s Coachella Curated live stream of performances is sponsored by Procter & Gamble’s Pantene and Calvin Klein in the U.S., and L’Oreal’s Garnier and the Coca-Cola Co. in Canada.

In addition, YouTube and YouTube Music is hosting some of the performances from Coachella Weekend 1 with clips of performances by Ariana Grande, Janelle Monae, The 1975, and Kacey Musgraves.

YouTube last year announced a  three-year renewal of its exclusive pact with Coachella , through 2021.

Pictured above: K-pop girl group Blackpink at Coachella on April 12 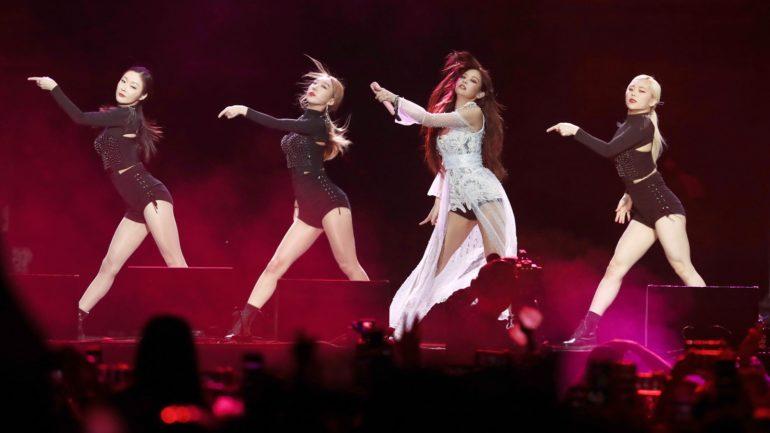