The bill does include more than a half-dozen artists who performed at the original 1969 festival, including Santana, John Fogerty of Creedence Clearwater Revival, John Sebastian, CSNY’s David Crosby, Melanie, Country Joe McDonald and Canned Heat.

“It’s no one age group or genre, it’s not monolithic – anyone who loves music and loves love would enjoy this,” Common said at the press conference.

Lang drew parallels between the climates of 1969 and 2019. “It’s kinda spooky how similar things are now,” he said, citing “racial division, climate problems, women’s issues — and another asshole in the White House.”

Other artists booked include Michael Franti & Spearhead, Nathaniel Rateliff and the Night Sweats, the Head and the Heart, Soccer Mommy, Vince Staples, Earl Sweatshirt, Bishop Briggs and Amy Helm, daughter of Levon Helm, who played at the original with the Band.

The acts will perform on three stages, dubbed the Peace Stage, Love Stage and Music Stage, the three keywords used in key art for the original fest. Lang was a producer of the original festival, which was held on the same dates in 1969. The iconic original event featured performances from Jimi Hendrix, the Who, Santana, Sly & the Family Stone, Joan Baez, the Grateful Dead, Jefferson Airplane, Crosby, Stills, Nash & Young and many others.

Woodstock 50 is not to be confused with the more nostalgically inclined and modest fest taking place that same weekend at the original site, dubbed the Bethel Woods Music and Culture Festival. Carlos Santana appears set to play at both festivals; at the Bethel Woods gathering, he and fellow original Woodstockian Arlo Guthrie will be joined by Ringo Starr, Edgar Winter and the Doobie Brothers. 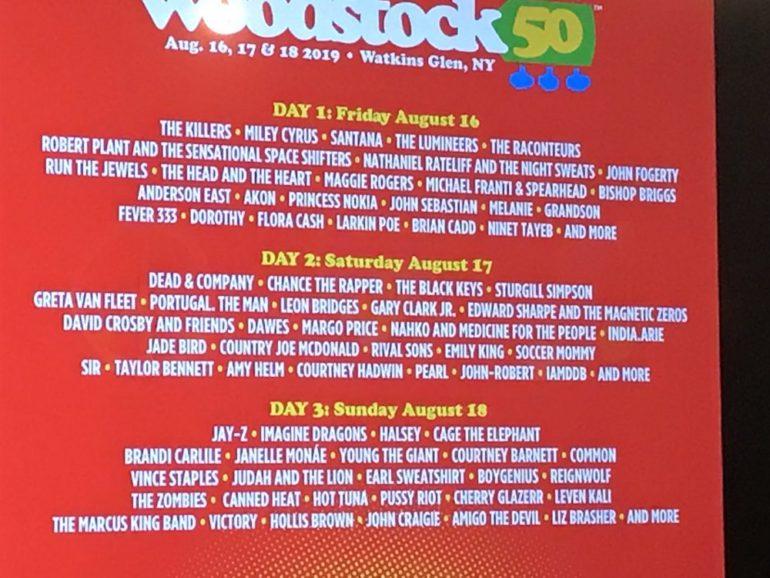 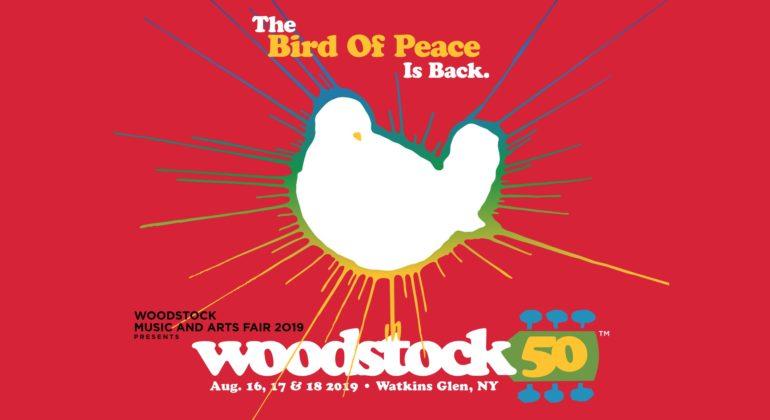