Women’s History Month: Nine Actresses Tell Us About Books and Films That Inspire Them

LOS ANGELES (Variety.com) – First introduced as a national proclamation by Congress in 1981, Women’s History Month has been celebrated every year since then, using the 31 days of March to promote and amplify the voices of women across the country — and around the world.

To celebrate Women’s History Month, we asked nine actresses to tell us about the books, films and television shows that have inspired them, as women, over the years. Many of their selections were written by female writers, or star strong female leads. The shared goal of these actresses is to not only commemorate the achievements of women this month, but to celebrate their voices — and the stories they continue to tell — all year long.

I read “Just Kids” by Patti Smith about seven years ago and it has stayed with me ever since ( read it here ). I moved to New York at 18 to study theater at Fordham University at Lincoln Center. My New York was very different from Patti Smith’s and yet it felt familiar at the same time. I was immediately taken in by the picture she painted of my favorite city. And I was so drawn to this woman who went against social norms and followed her own very distinctive journey. I’m inspired by women who go against the grain, forge their own paths, and simply follow their hearts.

Another book I like is “Big Magic” by Elizabeth Gilbert ( read it here ). I read this book in two days — kind of couldn’t put it down. I think Elizabeth Gilbert is a true talent and renegade who exemplifies what it is to be real and raw and honest. I read “Big Magic” at the beginning of a New Year and it was the perfect fresh start. She writes with so much passion and power. It is impossible to read this book and not feel lifted up and inspired — a must read for any artist.

“Wild” is a movie starring Reese Witherspoon and based on the memoir by Cheryl Strayed. A film about an independent woman breaking away, putting it all on the line, and triumphantly succeeding? Yes, yes, and yes. This is the account of a woman rescuing herself and reaching new heights. A total hero story. ( watch the film here | read the book here ).

I like “Here We Are: Notes for Living on Planet Earth” by Oliver Jeffers ( read it here ). With my two-year-old and my job, I have very little time for leisurely reading. Most of what I read is children’s books. I’m very conscious that my child’s mind is a clean slate, and that what I teach and show her now will be the foundation of the way she perceives herself and the world around her. This book really encapsulates what it means to have a healthy relationship with oneself, the world, and time. And the art is breathtaking. Honestly, this book stopped me in my tracks the first time I read it to my daughter, and each time we read it together it reminds me to work hard, be kind, and stay present.

I have very vivid memories of watching “Gilmore Girls” and instantly connecting to it early on in my teenage years ( watch it here ). I don’t think I realized it at the time, but what drew me in was the strong mother-daughter relationship at the heart of the show that I found so relatable. My mom has always encouraged me to be the best version of myself, to strive to do better, and through the highs and the lows, she’s helped me achieve some of my wildest goals. This relationship is both beautiful and complex, and I feel like we rarely get to see it reflected in film and television, especially at the core of a show. The fact that I now get to work in the same studio “Gilmore Girls” was shot in, truly blows my mind and feels like a full circle moment.

A female filmmaker friend of mine gave me “How Should A Person Be” by Sheila Heti a few years ago when I was transitioning into a new phase of my life and career and it inspired me immensely ( read it here ). A novel about art, female friendship, Toronto, and the preoccupation with how to “build your soul” could not have been more fitting to me in the moment. I was fascinated by the slow, vulnerable dissection into the deepest corner of this woman’s mind. It made me feel profoundly connected to something greater and moved me to fall more deeply in love with the parts of myself I didn’t understand or had ignored. Inspired by Heti’s blunt approach to asking how a person, a woman, an artist should “be,” I think this book subconsciously gave me permission to never shy away from the squirm worthy, polarizing moments and thoughts so often glossed over when creating my own art.

Lorraine Toussaint, “The Village” (premieres March 19 on NBC), “Into the Badlands” (returns March 24 on AMC)

“Black Orpheus” was the first film I’d seen where the sensual, joyous, sultry love story involving black characters looked and felt like me ( watch it here ). The beauty of cinematography combined with the extraordinary soundtrack of Jobim and Gilberto took my breath away. This film gave me a glimpse of what was possible for Black actors like myself. It gave me hope.

As a teenager, I also consumed everything Toni Morrison wrote . I later had the opportunity to work with Toni on a play she wrote about the life of Emmett Till (“Dreaming Emmett,” which opened in New York in 1986). While she sat through rehearsals, Toni would tell us stories of her nightly struggles with her current novel. It sounded like a gut wrenching surrendering she availed herself to each night. When the novel, “Beloved,” was published and I began reading it, I understood her birthing pains. It was the densest most provocative book I had read to date. I ended up reading it the way she wrote it. I would read a chapter and have to put the book down to digest. It was a masterpiece ( watch the film here | read the book here ).

“The Deer Hunter” shook my core on so many levels, but especially because of how well it depicts the meaning of true friendship in the hard backdrop of war times, and what we are capable of doing for someone we care about. De Niro’s performance as well as Christopher Walken’s will be forever in my heart ( watch it here ).

I also recommend “Au Revoir les Enfants” by Louis Malle because it truly shows the beauty of innocence in children, and how none of us are born hating anything or anybody — that is only something we are taught ( watch it here ).

One of my favorite books is “The Girl with the Nine Wigs” by Sophie Van Der Stap ( read it here ). Sophie is a friend of mine and a beautiful example of survival, talent, beauty and artistry. And her journal of her battle through cancer is simply, profoundly inspiring.

I first read “The Chronology of Water” by Lidia Yuknavitch as a teenager and was pretty mystified by the absolute rawness and guttural honesty ( read it here ). It’s a memoir, and I remember thinking about the kind of courage it must have taken [to write it] and to execute it with such potency and beauty really blew me away. It’s that sort of artistry and bravery that inspires me in my own work. It’s also why I’ve read it probably four to five times by now.

I’ve read “The Chronology of Water” twice now. Both times it left me thinking for days and it’s hard to encapsulate in a paragraph why I find it so deeply inspiring. In short, it’s the most visceral response I’ve had to reading a book. Lidia’s writing is sensual and searing and so brutally and beautifully honest that I sometimes had to stop to take a breather. She’s utterly fearless in presenting her soul and story and what it means to be human, to be a woman, in all its tumultuous (and at times devastating) glory. I would love to bring women like Lidia to life on screen. Female characters that are messy, brilliant and entirely human ( read it here ).

One of my all-time favorite films is Jean-Pierre Jeunet’s “Amelie” ( watch it here ). The titular character, brilliantly brought to life by Audrey Tautou, has been a source of inspiration for me since I first saw the film as a freshman in college. Amelie Poulain is different. She’s a bit of a weirdo and a quirky dreamer. But she never allows other people’s opinions of her and her weirdness to affect how she lives her life. And she never compromises who she is. I have always found her to be such a refreshing take on the female heroine.

To be “different” in Hollywood can be especially challenging. Being a South Asian actor who began acting professionally a decade ago, when there were few of us and even fewer roles written for us, “Amelie” is a welcome reminder that one need not conform to society’s (or in my case, industry’s) standards to achieve one’s goal. I try to keep this in mind as I continue my journey through this crazy yet thrilling business.

editorial products are independently selected. If you buy something through our links, PMC may earn an affiliate commission. 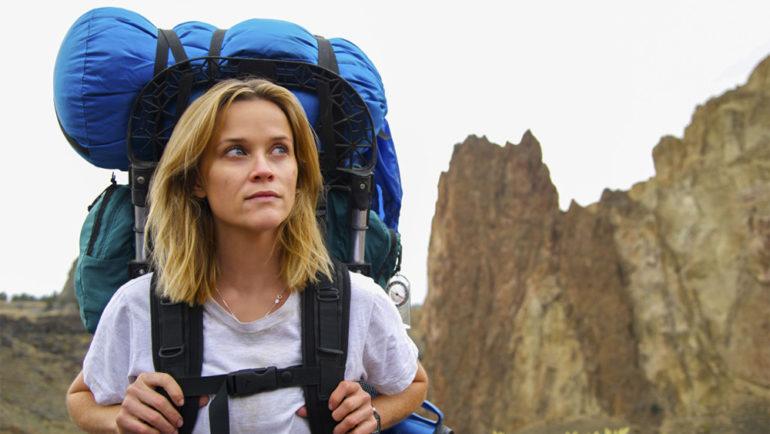