It was 2007 when Rick Gray, General Manager of Entertainment Operations at The Wynn in Las Vegas, first heard of a dynamic entertainer named Robbie Williams. He was flying back from England on Virgin Airlines when a video came on of a “performer who just knocked me out.” The video was of Williams covering songs by Frank Sinatra, and Gray was “blown away.”

Of course, Williams has been a superstar for many years — first as a member of Take That from 1990-1995 (reuniting with the group in 2010, culminating with a triumphant appearance at the 2012 Summer Olympics in London), and then via a solo career that has brought him 14 No. 1 hits in England and made him one of the top-selling artists of all time in the country. Yet his profile in the States is lower, which explains Gray’s lack of familiarity.

However, Las Vegas is a special market that draws tourists from all over the world, and with
six of his titles in the 100 best-selling albums of all time and a record of brisk ticket sales overseas, Williams is exactly the kind of world class entertainer the Wynn needs on its marquis, according to promoters.

Gray (pictured below, left, with Williams and AEG’s Bobby Reynolds) initially wanted to book Wiliams in 2007 but things didn’t work out. Now, 12 years later, Gray’s vision of Williams in Vegas has materialized, with a new residency, “ Live in Las Vegas ,” which an initial run that began on March 5 and goes through March 16.

Tickets for the first run sold out immediately, so a second slate of performances was added for June 19-29. Those sold out too. The Wynn added a third engagement from July 3 to 6, and those are quickly disappearing.

Not bad for an artist that opened his show at the Encore Theatre with the greeting: “I’m big everywhere — except for here!” Despite earning a gold record for his 1999 album, “The Ego Has Landed,” Williams has yet to crack the U.S. Charts. He even said half-jokingly on his opening night at the Wynn, “Tell your friends about me.”

“We don’t know him too well. But he can bring it. He’s a natural performer and giddy to be performing his life’s passion in a Vegas theater,” wrote John Katsilometes in the Las Vegas Review Journal .

Still, Vegas fits Williams like a glove. His knack for standards and lifelong love of Sinatra, as evidenced by his album “Swing When You’re Winning,” is a winning formula for the city. His cover of “Somethin’ Stupid” — a hit for Sinatra and his daughter, Nancy — was his fifth No. 1 in the U.K. His show is an homage to the city, with images of the Strip, Williams-adorned playing cards, and a setlist of standards such as “Ain’t That a Kick in The Head,” “That’s Life,” and other tried and true standbys. But there is also plenty of his own material as well as lounge arrangements of Radiohead’s “Creep” and Shaggy’s “It Wasn’t Me” in the 105-minute set.

In a press conference prior to opening night, Williams couldn’t contain his excitement performing in what he described as “the epicenter of entertainment in the whole world.”

“I am in my natural spiritual home,” he said. “It’s wonderful to be 45 and excited about a project. This is the place to be now — this is where vital entertainers come.”

Onstage Williams stuck by his mission statement, one that reflects how long he’s been working to crack the States. “I want to be famous in America,” he said. “I want Jennifer Aniston to know who I am.” 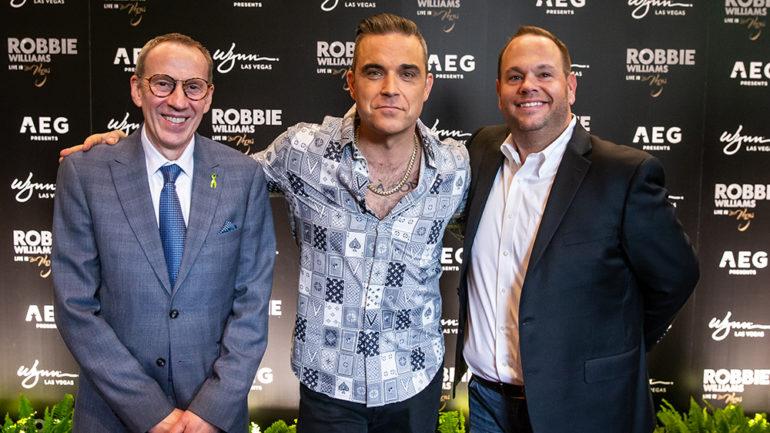 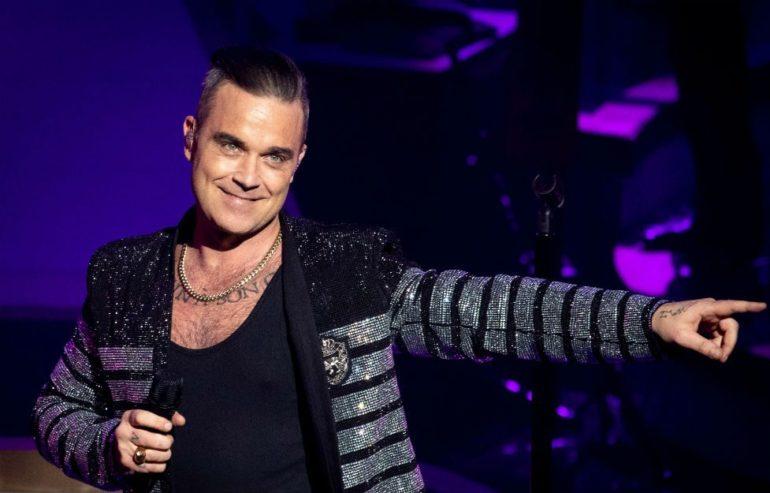