LOS ANGELES (Variety.com) – Bruce Springsteen took the stage for the first time in 2019 with photographer Danny Clinch and his Tangiers Blues Band, at New York’s Tribeca Grill on Saturday night at a benefit supporting the Kristen Ann Carr Fund.

Springsteen and company rocked the house that included a set similar to the one performed at the opening of the New Jersey venue Asbury Lanes last year: Johnny Rivers’ “Rockin’ Pneumonia and Boogie Woogie Flu” and the old boogie-woogie standard, “Down the Road Apiece,” popularized by Chuck Berry and the Rolling Stones. (Video courtesy Mitch Slater)

The event — “A Night to Remember” — raises money and awareness in the charity’s fight against sarcoma, a form of cancer. Carr, the daughter of rock journalist and Sirius XM E Street Radio host Dave Marsh and Springsteen co-manager Barbara Carr, died of the disease in 1993 at the age of 21.

Clinch was the main honoree of the evening at the gala, held at the Tribeca Grill Loft in New York City. Also in attendance was E Street Band member Roy Bittan.

The festive affair also held a silent auction, with items that included an autographed print of a picture of Springsteen on the beach — featured on the cover of Variety in October 2017 — a full set of Bobblehead dolls carefully crafted to resemble the E Street Band (which auctioned off for $10,500), and a guitar autographed by Pearl Jam.

Springsteen and the E Street Band are taking a hiatus from touring, as he already indicated the band won’t be on the road in 2019. The 69-year old musician has indicated interest in performing his solo show, “Springsteen on Broadway,” in other markets.

“There’s other projects to take up my time,” he told Marsh in a Sirius XM interview. “I am looking forward to doing some other things and at some point I will probably get back to [‘Springsteen on Broadway’], or something like it in the future, because it was such an enjoyable format to work in.”

Those “other projects” include a long-in-the-works solo record, he told Variety .

“Really, that record is influenced by Southern California pop music of the ’70s,” he said. “Glen Campbell, Jimmy Webb, Burt Bacharach, those kinds of records. It’s a singer-songwriter record. It’s connected to my solo records writing wise, more Tunnel of Love and Devils and Dust, but it’s not like them at all. Just different characters living their lives.” 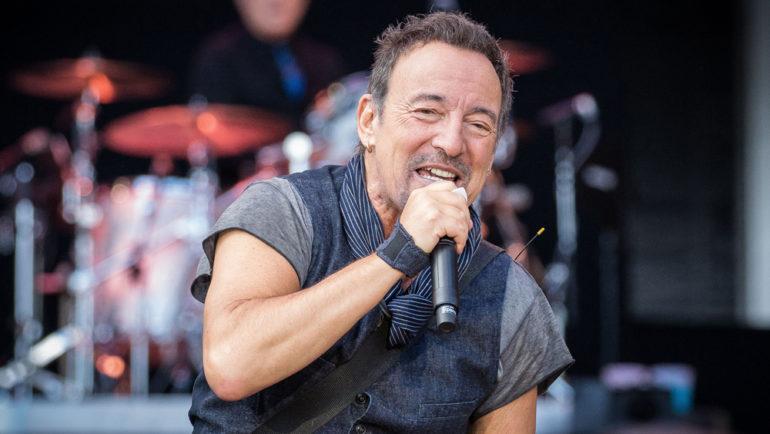