Though it took about a year with shrinking asking prices that started at a defiantly pie-in-the-sky $2.488 million and dropped all the way down to $1.6 million, Usher at long last sold his longtime mansion in Alpharetta, Ga., for $1.5 million. As noted by our celebrity real estate compadres at Realtor.com , first visited the house as a teenager in 1991 when it was owned by music industry mandarin L.A. Reid.

Eight years later, at 20 years old with a role on the sitcom “Moesha” and his recording career on a steep upward swing that has never really stopped, he bought the property for $1.2 million from Reid’s pop singer ex-wife Perri “Pebbles” Reid, who retained the property after their late 1990s split. 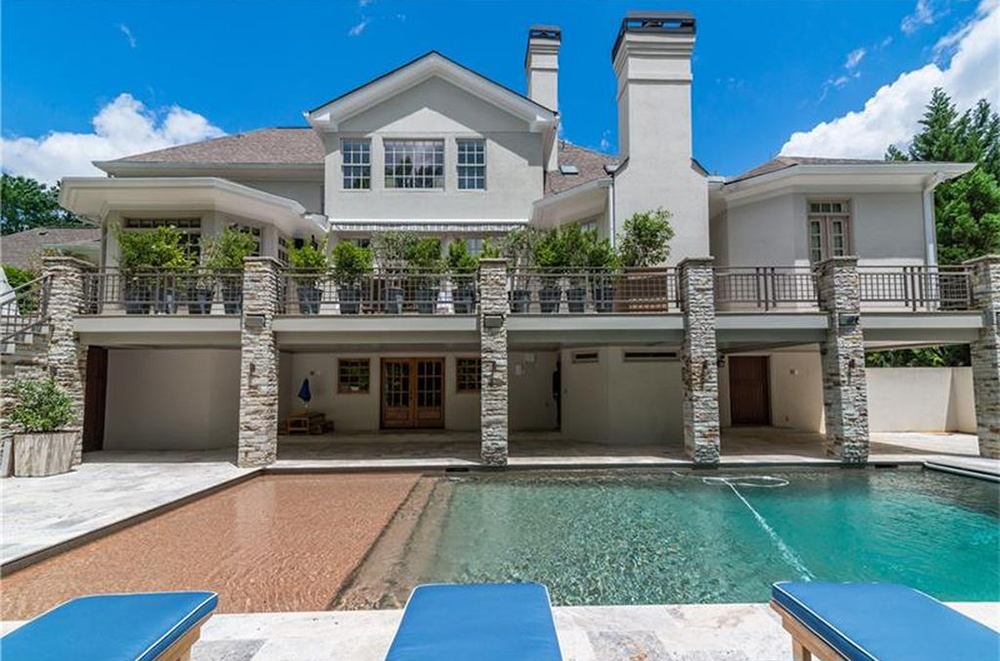 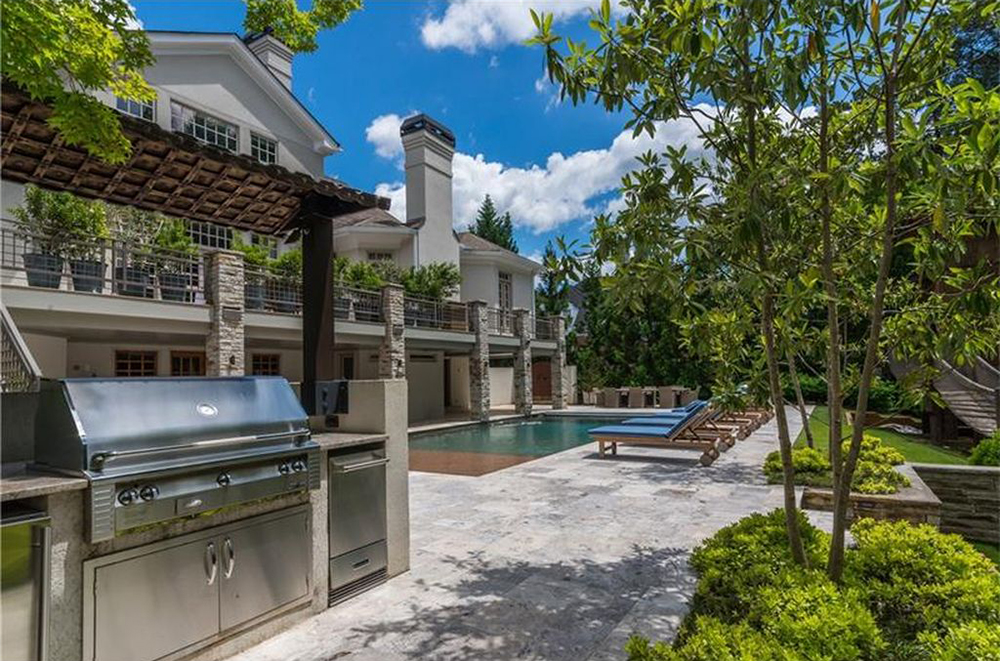 Prominently sited on a lushly landscaped .87-acre corner lot inside the guarded gates of the affluent Country Club of the South golf community, about 30 miles northeast of downtown Atlanta, the extensively customized, three-story suburban mansion and it’s unusually ample two-story guesthouse together measure 10,823-square-feet with a total of seven bedrooms and seven full and three half bathrooms. 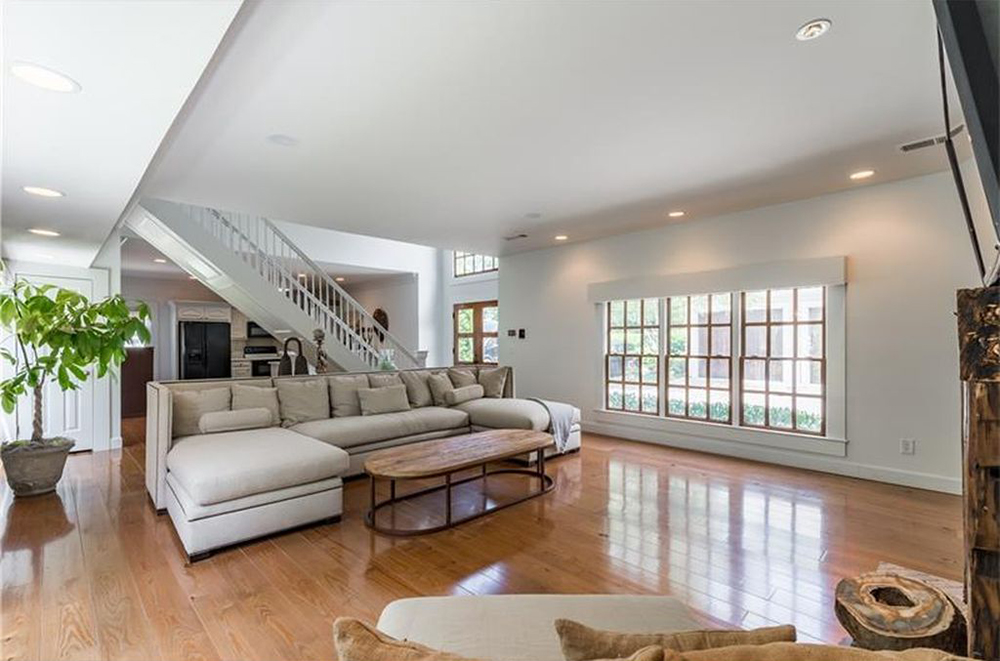 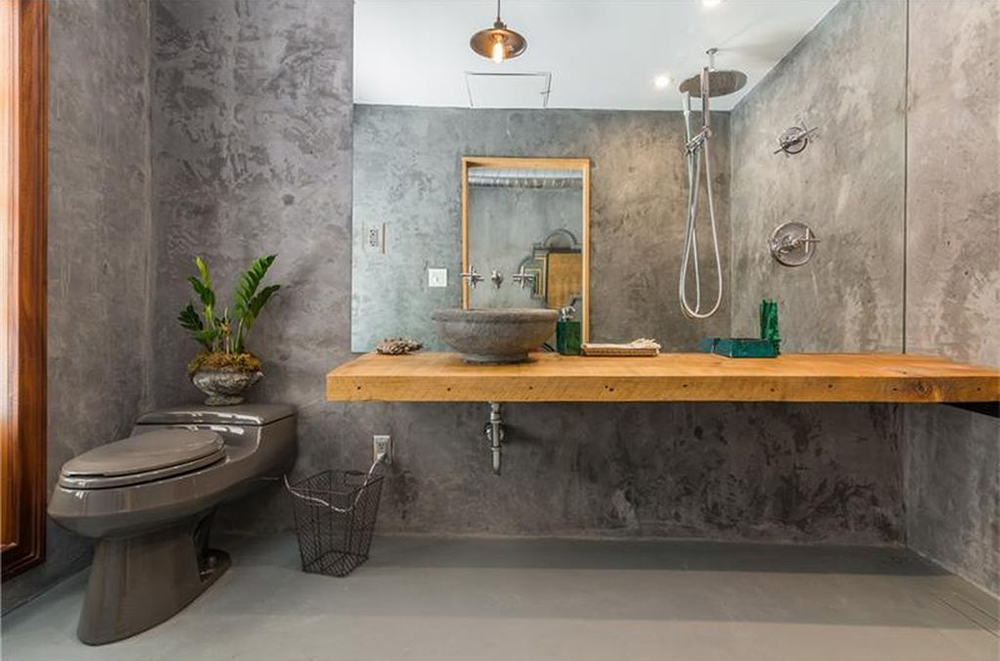 A grand, double height foyer steps down to an intimately scaled sitting room with rough-hewn wood plank floating shelves on either side of a beige brick fireplace and the large, expensively equipped if otherwise generically deluxe galley-style kitchen is open over a lengthy island with an integrated snack bar to two informal dining spaces, both with a cushioned banquette built into bay windows lined with 15-pane windows. Two sets of four-panel Dutch doors open the kitchen to a dining terrace with direct access to the gated motor court as well an exterior staircase to the swimming pool. 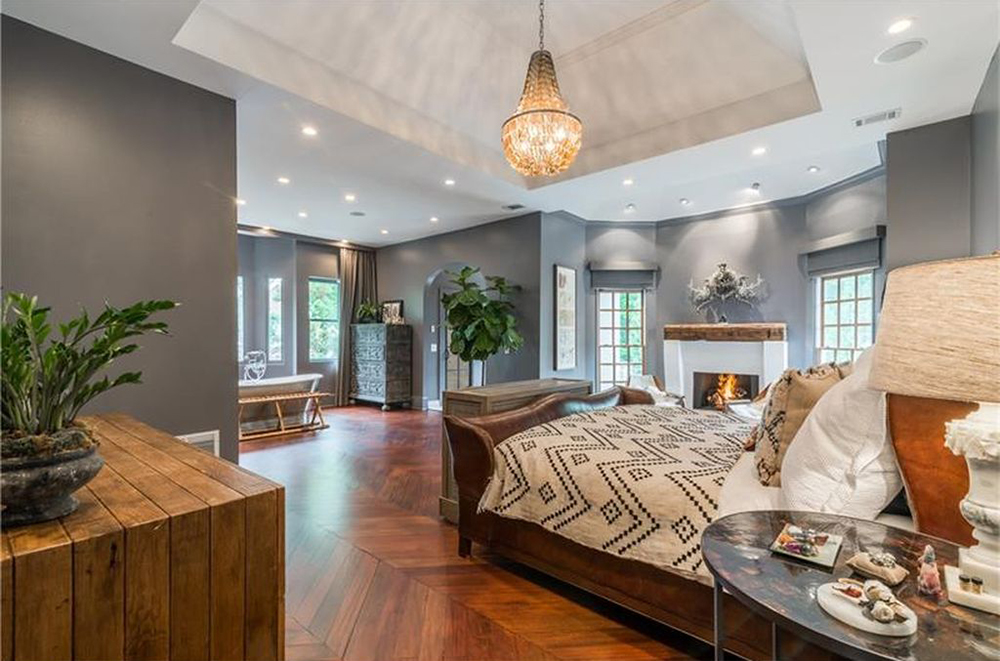 Three guest bedrooms on the upper level share two bathrooms; tucked behind the kitchen, a spacious guest suite has its own deluxe marble bathroom; and the main-floor master suite incorporates a cozy seating alcove with fireplace, a custom-fitted walk-in closet, a free-standing soaking tub that is un-privately entirely open to the bedroom, and a separate bathroom area with another four-pane Dutch door to a vast terrace above the swimming pool. 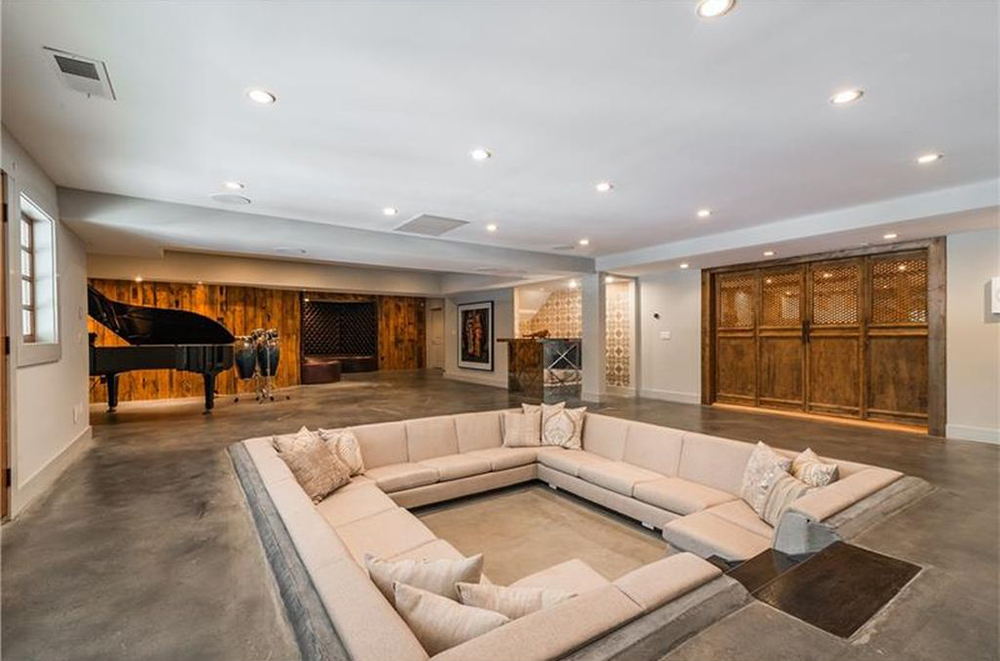 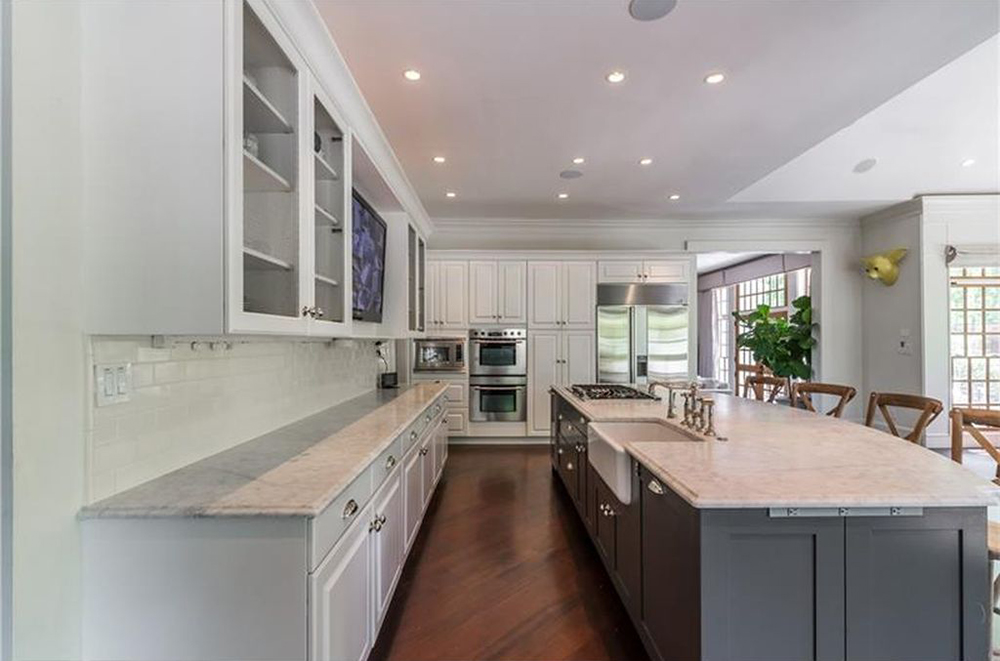 A finished lower level opens to a deep covered poolside terrace and contains a huge, concrete-floored theater/music room with sunken seating area along with a yoga studio and a spa bath replete with open shower area, a pair of end-to-end soaking tubs, and a multi-person dry sauna. 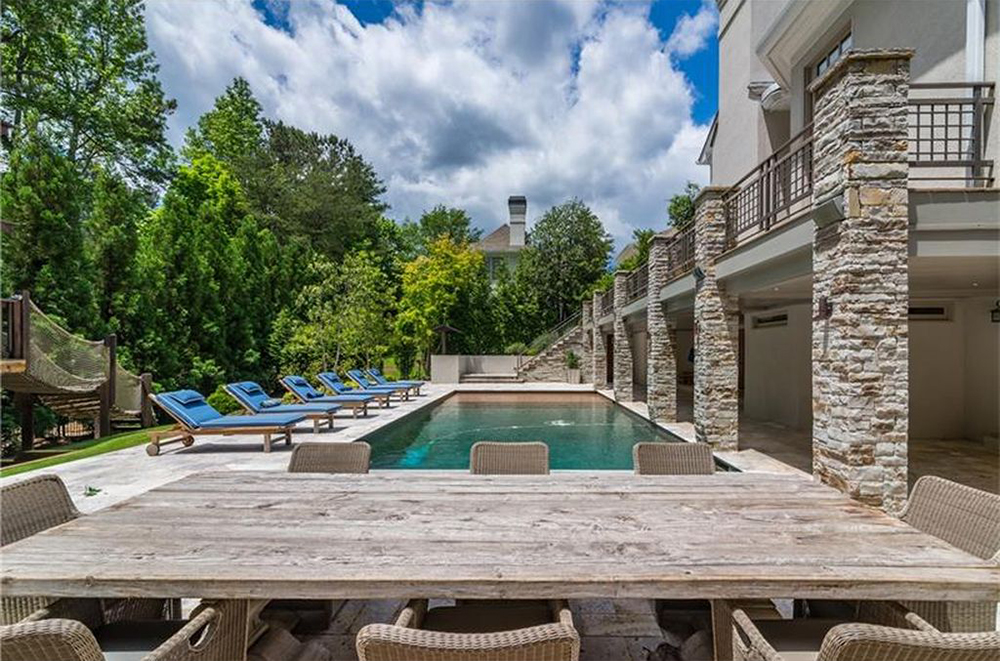 The detached and completely self-contained guesthouse offers a spacious living room with fireplace, a full kitchen, two bedrooms, 3.5 bathrooms, and a mirror-walled dance studio/fitness room while outdoor recreation and leisure options include sun-soaked and shaded patios, a swimming pool set into stone terracing, a built-in grilling station, and a children’s playground with a super-swank, climate-controlled tree house. 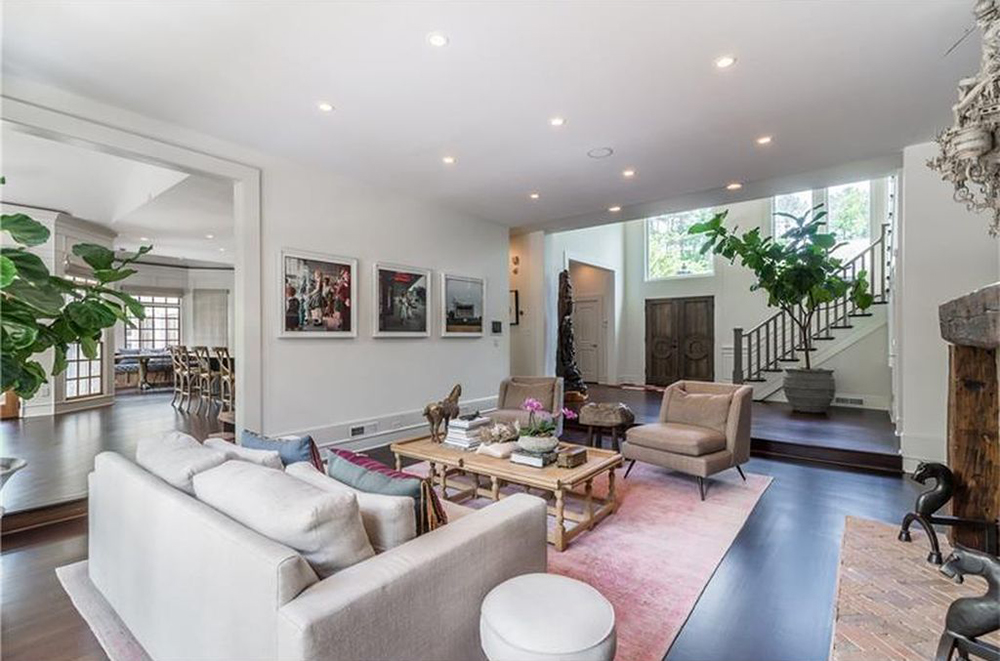 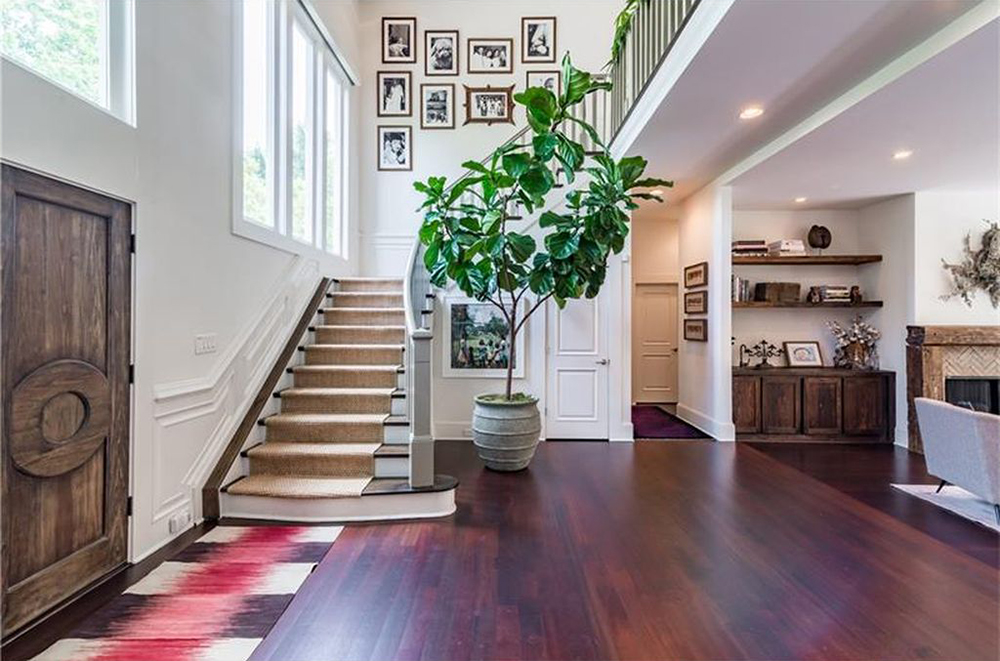 The mononymically known eight-time Grammy winning musician, one of the best-selling recording artists of all time with more than 75 million records sold worldwide and the co-owner with Justin Bieber’s manager, Scooter Braun, of the eponymous Raymond-Braun Media Group, additionally owns an “urbane, art-filled” 1920s Mediterranean villa in the swish hills behind the forever-chic Chateau Marmont Hotel in Los Angeles, Calif., he bought three years ago for $3.368 million and currently has on the market at $3.75 million after it was unrealistically saddled with a $4.2 million asking price when it first popped up for sale earlier in the year. 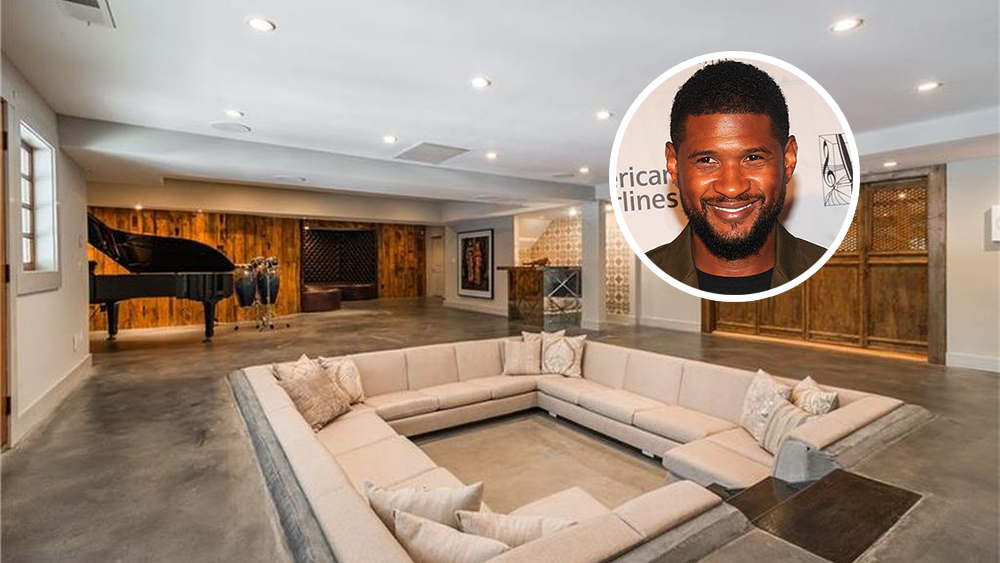