LOS ANGELES (Variety.com) – As protests around George Floyd’s shocking death at the hands of Minneapolis police erupted across America late last week, musicians and the music industry have been quick to weigh in on social media and call for a “ Tuesday blackout, ” in which companies would participate as a sign of protest.

Among the calls to action, Universal Music Group is launching an inclusion task force, and Interscope Records (home to Lady Gaga, who released a new album three days ago, and which operates under the UMG umbrella) along with affiliated labels Alamo, LVRN and Bad Boy, among others, announced it will not release any new music this week. That means delaying recordings by Smokepurp, MGK, 6lack, Dylan, Lil Mosey, Billy Raffoul, Jessie Ware and others as part of the initiative. (A new album by Ellie Goulding due out on June 5 had previously been pushed to July 17.)

Other companies have announced donations and posted messages of solidarity in recent days , although these directives have been short on details for how their employees might make a difference on Tuesday, apart from “reflecting” and taking the day to “disconnect from work and reconnect with out community.”

For his part, Lucian Grainge, chairman of Universal Music Group — which includes Republic, Capitol, Interscope, Def Jam and many other labels — issued a memo to the company’s staff laying out plans for a task force, headed by chief counsel Jeff Harleston, to “accelerate our efforts in areas such as inclusion and social justice.”

In the memo, he details: “Jeff is convening a group of qualified executives from throughout the company to review our current programs, identify gaps and deficiencies, update our plan where it’s outdated, propose new initiatives, and ensure that these issues remain at the top of our agenda.”

Read the memo in full below:

The news this past week has been horrendous.  There is simply no other way to put it.

First, let me stress that, for those who are understandably traumatized by these events, resources are available to you, including professional counseling.  I encourage anyone in need to take advantage of them.

This week, yet again we saw our society’s most painful realities about race, justice and inequality brought—cruelly and brutally — into the harsh light of day. But no matter how shocked or saddened or infuriated we may be, we cannot just despair.  We must act.  Each one of us has a duty to do what we can to alter those realities, to help build a society that is far less unequal and much more just.

For some, that starts with protest — the simple constitutionally guaranteed right to be heard.

To be clear, we strongly support protest initiatives such as Black Out Tuesday and other valuable and heartfelt non-violent protests. And, by “we,” that is to say not only UMG, but our labels, UMPG and our other companies — each of which will be communicating about it in its own unique voice.

But, as we know, protest is just a start, not a solution.  Real and constructive change—lasting change—requires sustained focus and unwavering commitment over time.

For sure, I am proud of our leadership and our efforts to improve ourselves.  But that, too, is only a start.  We must do more and now is the time to do it — and to do it with an unprecedented sense of urgency.  Even more importantly, we must commit ourselves not merely for this week, but we must continue that commitment—without let-up—in the months and years ahead.

So here’s what we’re going to do.

I’ve appointed our General Counsel Jeff Harleston to lead a UMG Task Force to accelerate our efforts in areas such as inclusion and social justice.  Jeff is convening a group of qualified executives from throughout the company to review our current programs, identify gaps and deficiencies, update our plan where it’s outdated, propose new initiatives, and ensure that these issues remain at the top of our agenda.

Everything—raising our voices in Congress, providing additional employee education and assistance, enhancing our philanthropy, using the power of our astonishingly vast catalog to effect change—everything will be on the table.  The systemic nature of the problems are just too critical to leave anything off.

Jeff will start filling you in on the details next week.

We all have much to do.  I ask each of you to seriously consider how you can best help UMG become a better and more just place to work, and how we can use our influence in culture to make the world a more just place to live.  There will be ample opportunities for everyone in the company to be involved including our artists and songwriters.

Music has always been a driving force for inspiring social change.  The voices of our artists and the songs of our songwriters have changed the world.  And they will continue to do just that.

We will amplify those voices.

We will address these issues.

Thank you again for all you do.  Stay safe. 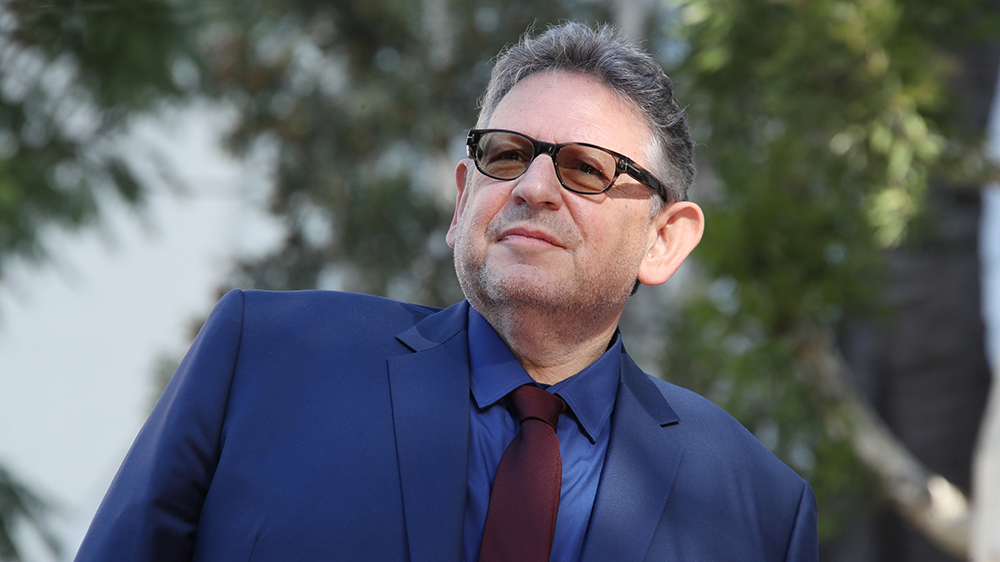