After four seasons, the co-creators and showrunners said goodbye to their Netflix comedy about a kidnapping victim who had to learn to live in the real world after spending her formative years in an underground bunker in January 2019. At the time Fey told Variety that it would have felt “reductive” to force Kimmy (Ellie Kemper) into a romantic relationship by series’ end, so instead the story focused on her reconnecting with her mother (Lisa Kudrow) and becoming a successful children’s book author. A few months later, Fey, Carlock and their streaming home announced a standalone interactive special to more fully close the series’ arc. Now, Fey shares that part of the appeal of doing one more Kimmy Schmidt story was be able to give her a romantic happy ending, but also to “deal with the Reverend,” notes Fey, who had kidnapped Kimmy in the first place.

The result is “Kimmy vs. the Reverend,” the aforementioned interactive special that sees Kimmy preparing for her wedding but sidetracked when she suspects her bunker wasn’t the only one Reverend Richard Wayne Gary Wayne (Jon Hamm) kept and she worries other women are still trapped underground.

“We wanted something movie-scale and movie-level stakes. And that felt high stakes for Kimmy: She would want to take action if she discovered that,” Fey tells Variety.

Making the special an interactive one elevated the stakes for the entire production team, especially editor Kyle Gilman, who had to learn Netflix’s proprietary computer program for interactive programming, Carlock points out. They studied the streamer’s previous interactive programming, namely “Black Mirror’s” one-off “Bandersnatch” episode, which gave Fey and Carlock some insight into what they could accomplish. But, they wanted to take things even farther.

“We did decide early on that we would throw caution to the wind and do three stories like we usually do in the regular episodes, which was new for interactive,” Fey says.

This allows beloved characters including Jacqueline (Jane Krakowski), Titus (Tituss Burgess) and Lillian (Carol Kane) to have their own subplots as Kimmy is trying to track down information on a potential new bunker. Viewers can choose whether Kimmy takes Jacqueline or Titus with her to confront the Reverend, for example, and if it’s the latter, Jacqueline stalls for Titus on the set of his most recent film. From there, the story diverges again based on viewer selections: her saying he has a problem with the script and then sitting down with the writer (Zak Orth) or the complaint being about the wardrobe.

Having multiple narratives within the special meant the amount of options the writers needed to provide were increased exponentially. While a normal episode of “Unbreakable Kimmy Schmidt” would be around 32 pages, Fey says, this special was about 150 pages.

Fey and Carlock came into the breaking of the story for this special already knowing what they wanted for Kimmy, so Carlock notes that “in some cases, we were working backwards” to figure out how Kimmy would get to her end point, as well as what other stories would filter in around her main quest.

“We also realized very quickly that from a comedy standpoint the idea of being able to make mistakes and that you could go to places or have characters do things or kill people with only comic consequences opened it up: The dead ends could be fun,” he says.

Some of the choices a viewer can make, therefore, only lead to jokes or backstory of what characters were up to between the events of the series end and this new story, not plot-forwarding story pieces. At one point, the viewer can choose to follow Titus as he exercises — or stay with him in his apartment as he only lies to his friends about exercising, while another choice between reading a book, planning the wedding or simply “making out” can lead to the viewer learning how Kimmy and her fiancé Fredrick (Daniel Radcliffe) got together in the first place.

But unlike many previous interactive programming, if a viewer make too many wrong choices and ends up on a path that strays too far from what Kimmy would really do, the story comes to an abrupt end and sends the viewer back to an earlier point to make a better (read: more “in character”) choice. Reliving some moments also comes with the opportunity to discover new details and pops of humor.

“We had all of these options of things we had shot, and we realized we could use the technology of hiding things that normally would have been cut from an episode. So, if you’re watching the scene for a second time, you might see different jokes,” she says. “We wanted to take our own counsel in the edit room because yes, sometimes we have to keep the story moving and hide some jokes in pockets that can be found a second time around.”

The overall arc of the special, when the quote-unquote right choices are made prove true moments of growth for all of the characters, as well as provide them with happy endings. (This includes for the viewer, who — after making all of the “right” choices — gets an end credits card that says “You win.”)

“We’ve always written Kimmy as incredibly resilient and the kind of person with optimism and kindness, despite the terrible things that have happened to her,” says Fey. “Through everything she’s been through in the series and through her own instincts, vengeance [against the Reverend] is not right for her. It’s not the most complex message, but she’s also not exactly the most complex person.”

“Unbreakable Kimmy Schmidt: Kimmy vs. the Reverend” is streaming now on Netflix. 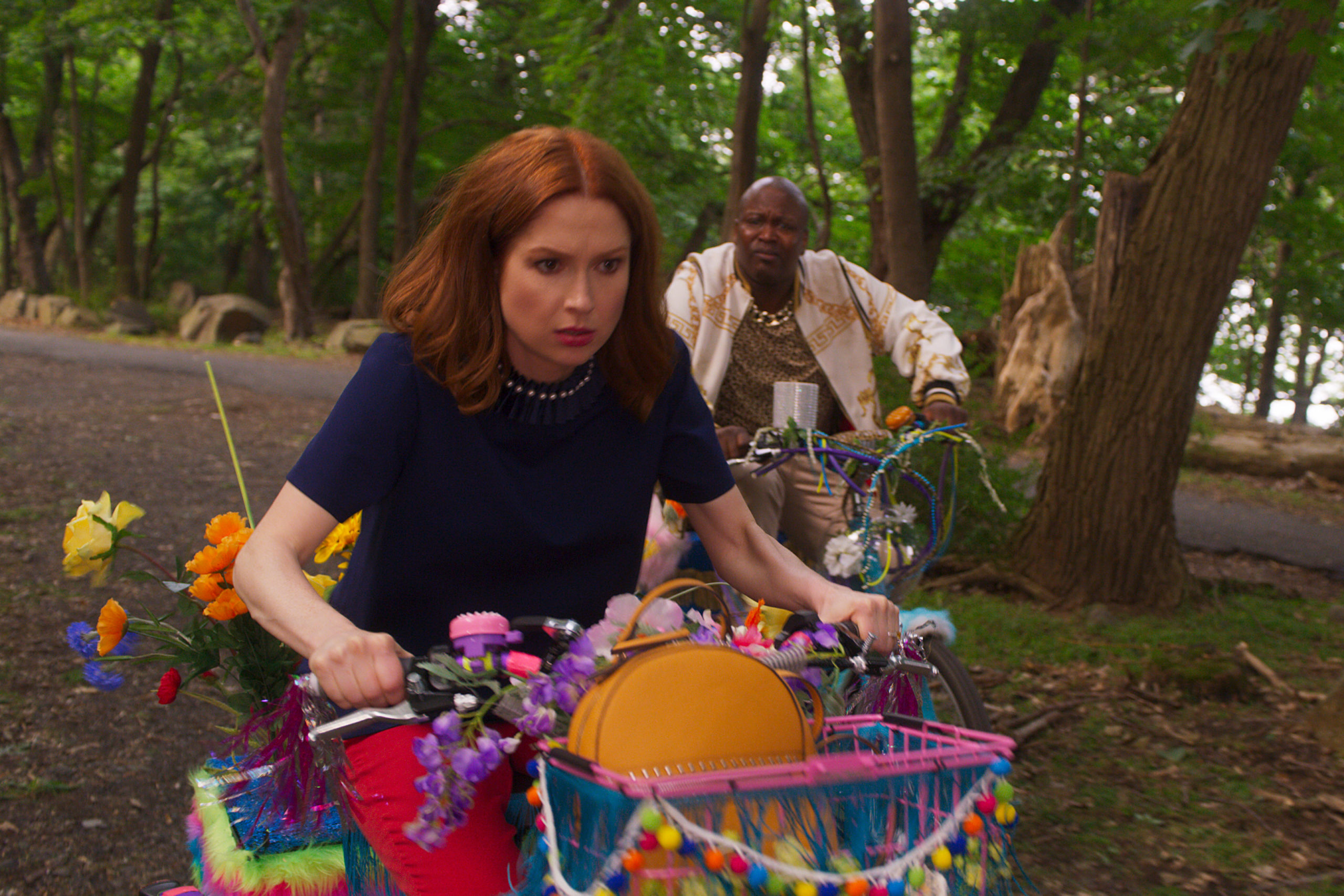