Trump Expected to Declare State of Emergency Due to Coronavirus

LOS ANGELES (Variety.com) – President Donald Trump is expected to declare a state of emergency on Friday in response to the growing coronavirus pandemic.

Trump is expected to invoke the Stafford Act, which will allow state and local governments to access federal disaster relief funds.

Trump announced that he would hold a press conference at 3 p.m. ET to discuss the issue. Bloomberg News reported that Trump would make the emergency declaration.

On Wednesday, Senate Democrats sent a letter to Trump urging him to invoke the Stafford Act, which would open access to $42 billion in FEMA funding for local outbreak mitigation measures.

Trump has faced harsh criticism as U.S. public health authorities were caught flat-footed as the outbreak spread. In an Oval Office address on Wednesday night, Trump announced he was cutting off travel from Europe — though the administration later had to clarify that the ban did not apply to U.S. citizens or permanent residents, or to cargo.

On Saturday, Trump and Vice President Mike Pence were photographed with Fabio Wajngarten, the press secretary to Brazilian President Jair Bolsonaro, at the Mar-a-Lago resort. Wajngarten later tested positive for coronavirus. On Friday, there were reports in Brazilian media that Bolsonaro had also tested positive, though Bolsonaro later denied that. 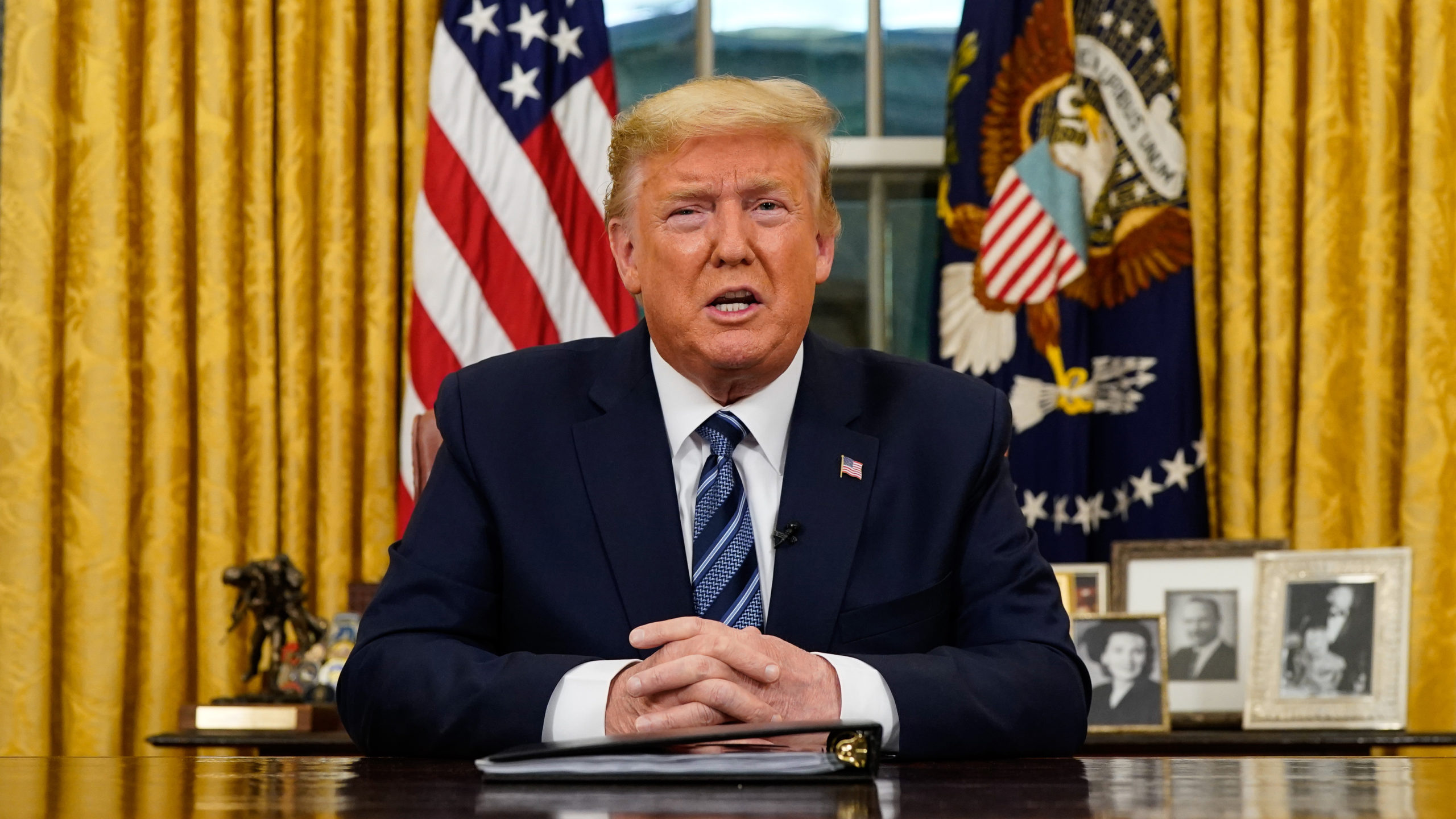