LOS ANGELES (Variety.com) – In advance of his controversial halftime performance with Maroon 5 at the Super Bowl on Sunday , Travis Scott headlined a Pepsi-sponsored, invite-only concert Friday night in downtown Atlanta. The concert, held at a transformed Georgia Freight Depot, also featured special guests Metro Boomin, Lil Baby and Chase B, with a surprise drop-in from Young Thug, who came out to perform “Two Bitches.”

After Baby finished his set, there were murmurs in the audience that Travis had pulled up, but guests were so busy using the break between sets to pose at the custom photo activations that ’s arrival on the blue carpet — resplendent in a lilac dress with a freshly dyed short wig to match — went largely unnoticed.

She did tell the Associated Press on Friday evening that she had “mixed feelings” about declining to perform with Maroon 5 during halftime, saying that she felt obligated to “stand behind” Kaepernick because he “stood up” for minorities.

However, she did defend her and others performing during Super Bowl week — she performs with Bruno Mars at the Bud Light event tonight — saying it doesn’t amount to an endorsement of the NFL.

“I hear people saying like ‘Oh, y’all are saying all this stuff about the Super Bowl, but you’re doing all these parties,’” she said. “And it’s like, well, if the NFL could benefit off from us, then I’m going to benefit off y’all. Y’all make the most money off our people. Why am I not going to take advantage of y’all and take money from y’all too? Because of y’all, we are getting these parties.”

For his part, Scott, unhappy that the carefully curated crowd had taken to Twitter to give out the party’s address, refused to take the stage until the room was packed. Finally, after deleting his tweet, Scott went on, wished his daughter Stormi “Happy Birthday” and launched into a 40-minute including hits like “Mamacita,” “Sicko Mode,” “No Bystanders,” “90210” and his collab with James Blake and Metro Boomin, “Mile High,” complete with every emphatic ad-lib.

“Thank y’all for having me,” he concluded. “I’m just ready to get into this weekend.” We’ll see for ourselves during halftime on Sunday. 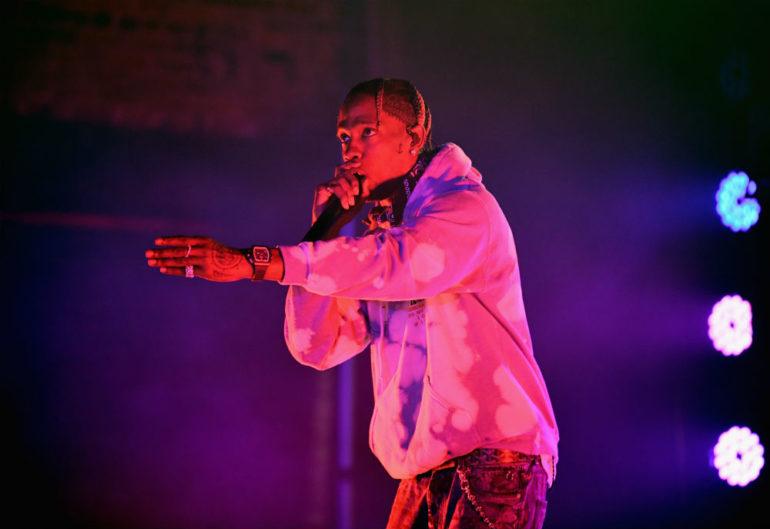