LOS ANGELES (Variety.com) – There’s a moment in “Western Stars,” the rapturous new Bruce Springsteen concert film that’s also a meditation on all things Bruce, when Springsteen lifts you up and carries you off in that way that only he can do. Most of the movie was shot in the 140-year-old cavernous dark barn that sits on Springsteen’s property in Colts Neck, New Jersey. Over several nights, he performed all 13 tracks off his latest studio album, “” (released this past June), in front of a small private audience. The songs, composed in a glowing style of ’70s Southern California country pop, are what you might call happy portraits of heartbreak, and one of them, “There Goes My Miracle,” soars to a gorgeous cresting height of confessional melancholy.

It’s Bruce singing about a love — a miracle — that was lost (“There goes my miracle, walking away, walking away…”), and what’s implicit is that the singer knows it was his fault that the miracle is walking; it’s what he did, or failed to do. The music is transcendent; the rise and fall of the melody expresses the faith and despair that love can bring. And Bruce, standing there in the burnished glow of his barn, croons it with an open-hearted fragility that’s even more moving than it was on the studio version. The yearn in his voice, the crinkle of his eye, tells you: He knows this loss.

In “Western Stars,” Springsteen strums a red C&W acoustic guitar, with Patti Scialfa, his partner of 30 years (they were married in 1991), standing at the microphone next to him, with a band behind him (piano, steel guitar, the trademark Springsteen glockenspiel), and, to his right, a 30-piece orchestra made up mostly of strings. (For some reason, all the violinists are women.) Bruce is dressed in a black work shirt, black jeans, and cowboy boots, and with his earrings, his sculptured coif, and his features that are now so lean and ruggedly lived-in that he looks like a rock ‘n’ roll Marlboro Man, the 69-year-old legend is the picture of finely aged well-being. He and Patti had three kids (now grown), and as he pointed out with a self-deprecating chuckle in his one-man show “Springsteen on Broadway,” after all his songs about cars and the open road and freedom in the night, he wound up living a stone’s throw from where he grew up.

The image of Bruce the once wild and woolly, now  domesticated rock star is, in its way, a contented one. Yet Springsteen would probably be the first to acknowledge that an image is what it is. At one point he jokes, “This is my 19th album, and I’m still writing about cars!” In “Western Stars,” he takes a page from “Springsteen on Broadway,” telling stories about the stories he tells, and doing it with a disarming directness. He never gets too specific about personal details, but he’s eloquent enough to let us read between the lines, and what the carefully written song intros suggest is that Bruce battled his share of demons not just in the tumultuous rock-god chapter of his life when he met and fell in love with Patti, and broke up his first marriage, but after he got together with Patti.

“I’ve spent 35 years trying to let go of the destruction parts of my character,” he says, owning up to the compulsion he had to take the people he loved and cause them pain. Is he speaking of Patti? We can guess the answer is yes, and can speculate as to how he might have betrayed her. But the point is that we don’t need the gossipy details. We can imagine them, and Bruce’s mournful gravity tells us that the demons were serious.

He co-directed the movie himself, along with his longtime music-video and film collaborator Thom Zimny (who also directed “Springsteen on Broadway”), and what they’ve done it to break up the 83-minute movie into sections framed by images of Bruce in the Joshua Tree desert, riding pickups and wandering trails with wild horses. It’s a version of the mythological Bruce — but what we hear on the soundtrack is the introspective Bruce, letting us know that his struggles are ours. He says that the conflict between rootless freedom and the yearning for home — for family — is central to the American character, and while put that way it can sound a touch grandiose, listening to Bruce you realize that everyone, including you, has probably lived a version of that story.

In “Western Stars,” Bruce’s songwriting goes right back to the aesthetic of Kurt Weill and Bertolt Brecht: take the darkness and write jaunty tunes about it. In fact, there are moments that I wish Bruce wouldn’t use quite so many major chords. Yet his performance of this song suite has a soulful and gratifying unity. Not all the songs are about love. He’s got some tasty, burned-in-old-wood character portraits in there, like the title track, about a has-been B-movie actor who is beaten down but alive and kicking (“I wake up in the morning, just glad my boots are on”), or “Drive Fast (The Stuntman),” that could have fit right into “Once Upon a Time…in Hollywood.” Adding to the nostalgia is a sprinkling of Bruce’s home movies, including a touchingly unguarded closing-credits video of he and Patti on their honeymoon (the bottles of booze on a table hinting, perhaps, at demons to come).

“Western Stars” is set to open on 375 screens on Oct. 25, and it represents something I’d love to see more of: a wide-release concert film featuring an artist from the age of classic pop stardom. Music docs are proliferating like mushrooms these days, but most of them are semi-under the radar. To reach a national audience, they’ve generally got to feature someone like Justin Bieber or Katy Perry. “Western Stars” isn’t a rockin’-out extravaganza; it’s intimate in its embrace. Yet it’s a moving testament to how much has still got it. It’s a concert film you’ll want to experience with others, as a ray of light in the dark. 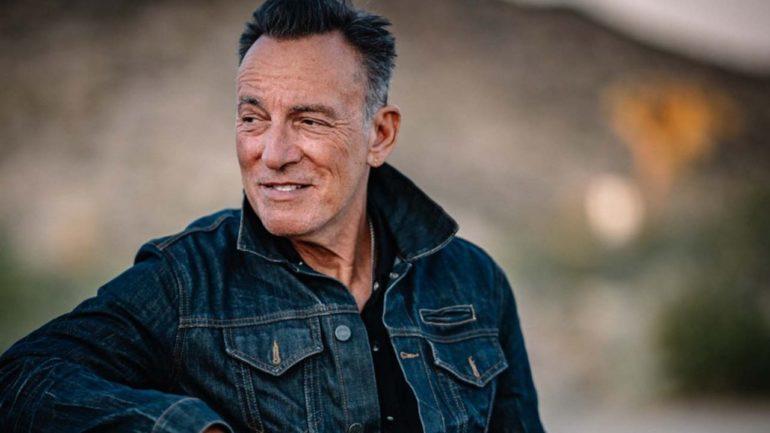