LOS ANGELES (Variety.com) – First put up for sale over the summer amid a blizzard of publicity with an in-the-rearview-mirror pie-in-the-sky price tag that pushed up hard against $40 million, Tom Brady and Gisele Bündchen’s sumptuous estate near Boston, Mass., has had the asking price slashed by an astonishing $5.6 million to a mite less than $34 million.

The unquestionably aristocratic yet approachable manor house, about 8 miles outside of downtown Beantown in the blue-blooded Chestnut Hill area of the affluent Brookline community, is set behind gates at the end of a snaking drive on approximately 5.2 landscaped acres that border The Country Club, the oldest country club in the United States where the Brady-Bündchen bunch are reportedly among its staunchly reticent members. The main residence contains five bedrooms and five full and two half bathrooms in close to 10,000 square feet; A detached guesthouse provides another 2,400 square feet of living and leisure space. 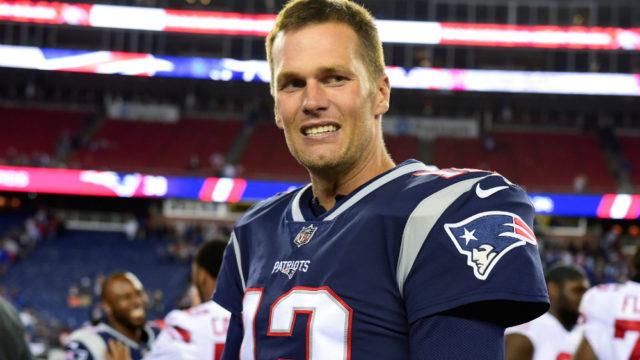 Married just over a decade ago, the uncommonly comely couple purchased the property from Pine Manor College, a tiny private liberal arts college, in 2013 for $4.5 million and engaged the costly, in-demand services of luxury mansion specialist architect Richard Landry who custom-designed a stately brick house that freely mixes and matches a variety of European vernaculars. Done up, according to the listing held by Beth Dickerson of Gibson Sotheby’s International Realty , by Joan Behnke & Associates , the relaxed yet refined interiors include a cozily proportioned formal sitting room just inside the front door and an adjoining dining room that comfortably seats eight under a twig chandelier dripping with icicle-like crystals. 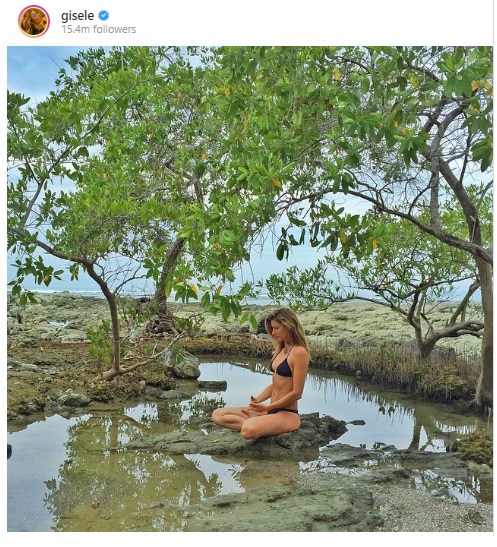 There appears to be an eye-catching Joan Miró painting over the fireplace in a sumptuously appointed office and an airy family room has a towering brick fireplace as its focal point under a beamed and vaulted ceiling. Arranged around a huge, doublewide island with a casual farmhouse vibe, the eat-in kitchen is finished with furniture grade custom cabinetry, lightly veined white marble countertops and premium grade appliances that include an imported stove that costs almost as much as a Subaru. The adjoining breakfast area is flooded with natural light through a vaulted glass ceiling and spills out through steel-trimmed French doors to a stove-paved terrace, while a semi-subterranean lower level includes an adult recreation room and a children’s playroom, a wine cellar and a gym with spa facilities.

Additional living spaces are accommodated in a charming, rustic-luxe barn-like guesthouse that houses a cavernous lounge divided by a towering, double-sided fireplace, a sleeping loft, a full bathroom and a yoga studio. Among the private, park-like grounds are vast carpets and bright green lawns, thick stands of mature trees, a small herb and vegetable garden, parking for two-dozen cars and a snazzy, decidedly contemporary mosaic-tiled swimming pool.

The star quarterback and the legendary catwalker have previously owned notable homes on both the east and west coast. In , the couple once maintained a 5,300+ square foot triplex penthouse atop a Beacon Street townhouse in the city’s tony Back Bay neighborhood they sold in 2012 for $9.2 million but continued to live in for some time after; In Los Angeles they custom built an 18,000+ square foot, Richard Landry-designed chateau-inspired mansion in an exclusive, guard-gated enclave in Brentwood they sold in 2014 for $40 million to Dr. Dre; And, in New York City, where they are own a family-sized condo in an ultra-luxe Tribeca complex they picked up a couple of years ago for not quite $25.4 million, they once owned a 48th floor spread at the One Madison tower in the Flatiron District they snapped up in 2014 for just over $11.7 million and, after it first came for sale in late 2016 saddled with a much too aggressive asking price of $17.25 million, sold in mid 2018 at a tad below $13.9 million.

Brady, a five-time Super Bowl winner who recently signed a $70 million contract extension to toss the pigskin for the New England Patriots through 2021, and Bündchen, for the last two decades one of the most famous and highest paid models on the planet, will reportedly hang on to their Manhattan home but were spotted over the summer hunting for a sprawling getaway in some of New York City’s most illustrious and expensive suburban enclaves, including Alpine, N.J., and Greenwich, Connecticut. They deep-pocketed pair also maintain a hideaway at the prestigious Yellowstone Club near Big Sky, Mont., as well as a hilltop spread with panoramic ocean views near the tiny beach village of Santa Teresa on Costa Rica’s Nicoya Peninsula . 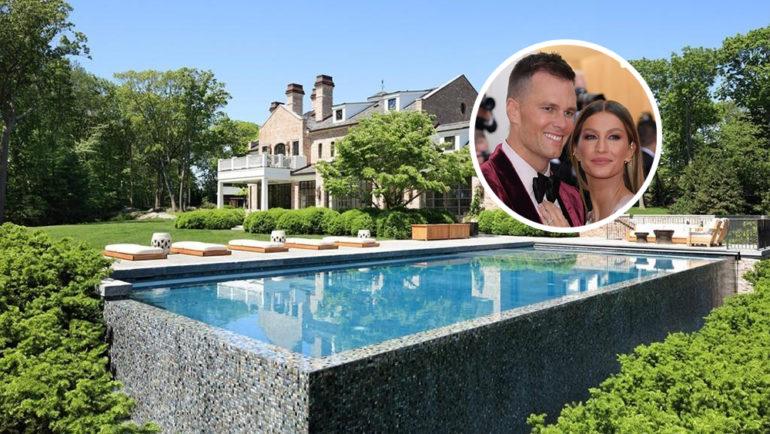