LOS ANGELES (Variety.com) – Taylor Swift, Celine Dion, Ariana Grande, K-Pop superstars BTS, R&B singer Khalid, reggaeton artist Ozuna and “Surviving R. Kelly” producer dream Hampton were the prominent music-related artists featured on the latest “ Time 100 ” list of the “most influential people in the world,” published Wednesday morning. Swift is the only musician featured on one of the issue’s six different covers; she and Gaga are featured under the “Icon” category while the others appear under “Artists.” Swift and Khalid are scheduled to perform at the gala celebrating the cover on April 23.

Several musicians wrote blurbs about the honorees: Swift’s was written by her friend Shawn Mendes (“Taylor makes anyone older feel young again and anyone young feel they can do anything”); Gaga’s by Celine Dion (who was seen fangirling in the audience at the singer’s recent Las Vegas residency debut); Khalid’s by labelmate Alicia Keys; Ozuna’s by fellow Puerto Rican artist Daddy Yankee; and Grande’s by friend and labelmate Troye Sivan (“Through just about the craziest storms and whirlwinds I can imagine, Ariana Grande remains the most real person I’ve met”); Justin Timberlake about golfer Tiger Woods; by collaborator Halsey (“For BTS, world domination is just another 8-count in the contemporary dance of life”).

Perhaps most prominently, Beyonce wrote about Michelle Obama: “I am so grateful that my daughters and my son live in a world where Michelle Obama shines as a beacon of hope who inspires all of us to do better and to be better.”

Time Editor-in-Chief Edward Felsenthal wrote of the list — which includes a record 48 women — “We all have teachers, some we know intimately, others who inspire from the page or the screen. This holds true even for the most accomplished people on earth. Our annual issue is filled with tributes from teachers to students; in many cases, the surprise is who is playing which role today.

“In many ways, these connections—forged across and among industries—are the heart of the TIME 100, which now, in its 16th year, is far more than a list. It is a community of hundreds of global leaders, many of whom support and challenge one another. And at a time when so many of our problems require cross-disciplinary solutions, they are also uniquely positioned to effect change.” 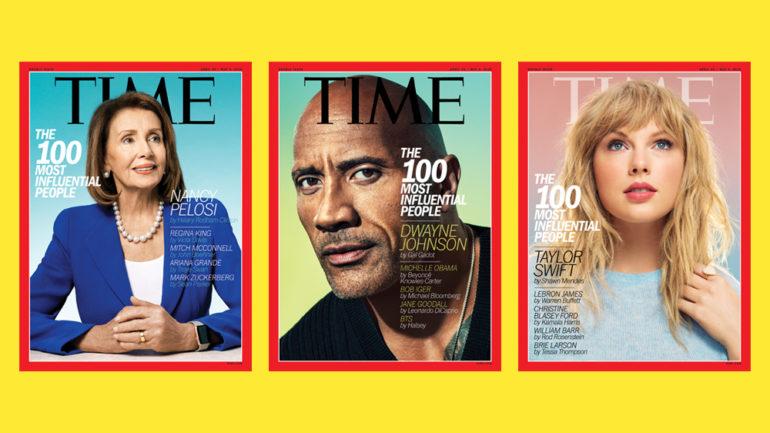