‘The Simpsons’ Renewed for Season 31 and 32 at Fox

LOS ANGELES (Variety.com) – “The Simpsons” has been picked up for a 31st and 32nd season at Fox, the network announced Wednesday at the Television Critics Association winter press tour.

News of the renewal comes just two weeks after  Variety reported that the show was nearing a new deal for a two-season pick up.

At the conclusion of Season 32, the iconic animated sitcom will have produced 713 episodes total. “” is the longest-running primetime scripted show in television history, having surpassed “Gunsmoke” during its 29th season.

Currently airing its 30th season, the show has won 33 Emmy Awards, 34 Annie Awards, a 2016 People’s Choice Award and a 2016 Environmental Media Award. It was also the first animated series to win a Peabody Award and was nominated for an Academy Award in 2012 for the theatrical short “The Longest Daycare.” The feature-length “Simpsons Movie” premiered in 2007, grossing over $527 million at the global box office.

This season, the show has a multi-platform average audience of 7.5 million viewers per episode, an 82% gain over its Live+Same Day audience.

“The Simpsons” is a Gracie Films Production in association with 20th  Century Television. James L. Brooks, Matt Groening and Al Jean are the executive producers. The Gracie Films Worldwide Brand Division develops and produces the licensed content for the series. 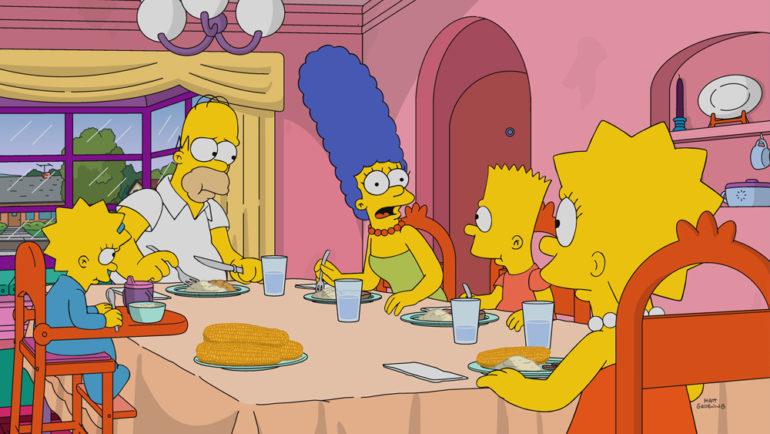