As a matter of fact, Sarandos appears in Sunday’s episode of “,” and Variety has the first look. In the episode, the executive is seen dressed as the Demogorgon — the monster from Season 1 of “Stranger Things.” (Scroll down to see below.)

In “I’m Dancing As Fat As I Can,” Homer (Dan Castellaneta) binge watches Marge’s favorite show without her, after being egged on by Sarandos — who appears to him on his TV. That angers Marge (Julie Kavner), forcing Homer to pick up a new skill in order to make amends.

“We thought it would be funny to have him be the guy convincing Homer to do it,” executive producer Al Jean told Variety. “He came and recorded it with Jim [Brooks], Matt Groening and me; was very funny and easy to direct.”

Sarandos isn’t the first TV executive to voice himself on “The Simpsons” — Fox boss Rupert Murdoch, who has been parodied countless times by the show over the years, has voiced himself twice.

Sarandos declined to comment on his appearance, choosing to let his cameo speak for itself. Here’s how he appears on Sunday’s episode:

“The Simpsons” was recently renewed by Fox for two more seasons (its 31st and 32nd), taking it to a record 713 episodes. 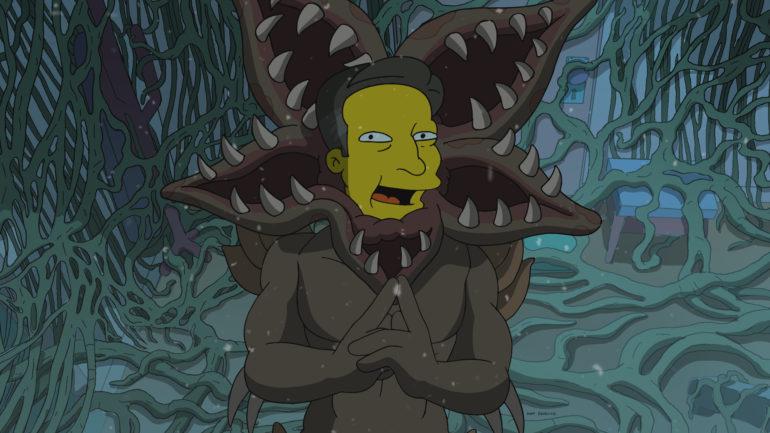 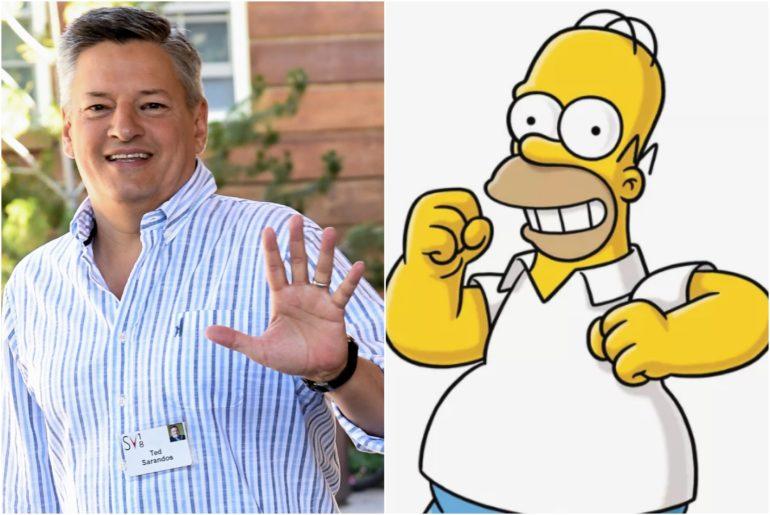