‘The Matrix’ at 20: Looking Back on the International Box Office Success

LOS ANGELES (Variety.com) – In the 20 years since its debut, Warner Bros.-Roadshow’s “The Matrix” has remained a major influence on countless action and sci-fi films. When it premiered in Los Angeles on March 24, 1999, producer Joel Silver described the film as “the first movie of the 21st century.” Variety also reported that Warner Bros. execs were “gleeful, knowing they had a hit on their hands.” That was an understatement. In the March 29 review, two days before it opened wide, Variety described the film as a “shrewdly packaged head trip,” adding it was an “eye-popping but incoherent extravaganza.” Despite the reservations, the review predicted success, due to “ultra-cool visuals that truly deliver something new to the sci-fi action lexicon.” The film proved a major career jump for directors then known as Andy and Larry Wachowski, who had directed only the sexy heist thriller “Bound” before this. “Matrix” also owed a big debt to stars Keanu Reeves and Laurence Fishburne — and to Yuen Woo-Ping, who choreographed the fight scenes in what was described as “bullet-time photography.”

Yuen was credited as kung-fu choreographer for “Matrix,” which introduced him to a lot of Western audiences, though he had been a behind-the-camera force in fight scenes for more than 50 Asian films, including “Drunken Master,” “Once Upon a Time in China” and “Black Mask.”

“Matrix” filmed in Fox Studios Australia in Sydney, for an economical $60 million. The film became a mega-hit, earning $463 million globally. On Aug. 24, 1999, Variety reported that Reeves would earn $30 million for two sequels, on a 250-day production schedule, and the Wachowskis would score $10 million against gross participation. The siblings had planned a prequel and a sequel, but decided on two sequels instead.

Andy and Larry Wachowski are now Lilly and Lana, respectively, and continue to break the Hollywood mold. Though none of their subsequent films (including “Speed Racer,” “Cloud Atlas” and “Jupiter Ascending”) have matched the success of the “Matrix” trilogy, the siblings continue to break ground with unusual themes and storytelling styles.

On Oct. 4, 1999, Variety reported that the DVD of “Matrix” had surpassed “Titanic,” with more than 1 million DVDs shipped. 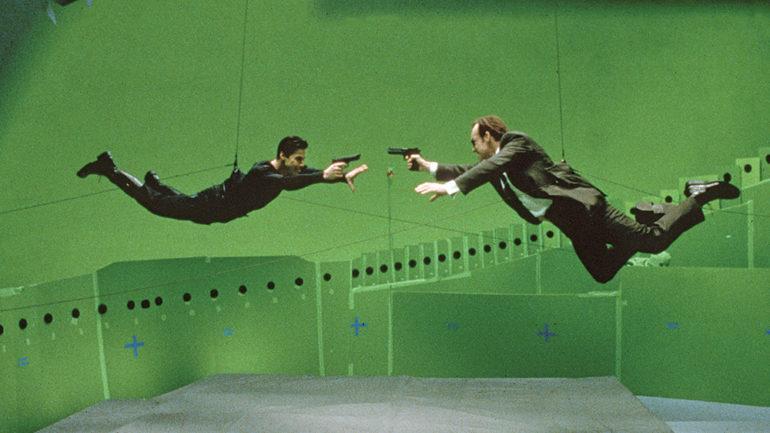