LOS ANGELES (Variety.com) – It’s commencement time at colleges coast to coast, which means seeing successful musicians at podiums receiving honorary degrees — among them, Justin Timberlake at Berklee College of Music and Jon Bon Jovi at the University of Pennsylvania. But the music world is full of stars who never matriculated and still managed to come in at the top of their non-class. Here are a few dropouts who did just fine:

With over 335 million records sold, a fortune estimated at more than $1 billion, and a new album (“Madame X”) set to drop with a much anticipated tour, who needs a degree? Did we also mention a Golden Globe win for her film role in “Evita”? Despite dropping out of the University of Michigan in 1977, where she was accepted on the strength of a straight-A average in high school and a dance scholarship earned from her years in cheer, must have learned something in her short stay at Michigan. (Iggy Pop is another University of Michigan dropout.)

Following in Madonna’s footsteps, Stefani Joanne Angelina Germanotta was accepted at New York University’s Tisch School of the Arts through early admission in 2003, but dropped out after just a year. She did make some connections while at school, playing bars like the Bitter End with friends she met at NYU, under the name the SGB Band. Since the release of her debut album, “The Fame,” in 2008, she has sold over 27 million records, and is the first woman to receive the Digital Diamond Award certification from the RIAA. She’s the fifth woman to pass a half-billion in gross receipts, as her tours and residencies have earned $512.3 million in revenue.

A running joke about Boston’s Berklee College of Music is that students often don’t finish their training at the school, and is one of them. Although he attended the school in 1998, the class and course work overwhelmed him and he dropped out. “They were pronounced like ‘d-d-d-f-f-f-f-f’ — like static,” he said of his grades in a 2002 MTV interview. Instead, Mayer moved to Atlanta, put together a band and some gigs and three years later released his debut, “Room for Squares.” In 2003, he won his first Grammy for “Your Body Is a Wonderland” in the Best Male Pop Vocalist category, with “Daughters” winning the 2005 Grammy for Song of the Year. More Grammys followed in 2006, and he has mixed it up with solo recordings and touring as a member of Dead and Company since 2015. He did, however, return to Berkee in 2004 to teach a clinic. Professor Mayer? Has a nice ring to it.

During his very successful Broadway run with “Springsteen on Broadway,” the 69-year old rocker repeatedly reminded audiences of just how much he hated school. Nevertheless, he did give it the old college try when he enrolled himself at Ocean County Community College following his 1967 graduation from Freehold High School. That did not last long. Not that he had any hard feelings. His band, Steel Mill, played a triumphant show at the campus, elevating audiences with songs like “He’s Guilty (The Judge Song).” Springsteen made his mark on the college circuit, and in 1972 he auditioned for John Hammond at Columbia Records. Since then, Springsteen has sold more than 135 million records worldwide and more than 64 million records in the United States, received 20 Grammys, two Golden Globes, one Academy Award, one Tony, and he’s a Rock and Roll Hall of Famer who was honored by MusicCares and the Kennedy Honors and has a Presidential Medal of Freedom. All he needs now is an Emmy for the EGOT. So being born to run away from higher education hasn’t been much of a hindrance.

proudly embraced his  status with the release of his 2004 masterpiece, “The College Dropout.” West had received a scholarship to attend Chicago’s American Academy of Art in 1997 after graduating high school, and transferred to Chicago State University to study English. However, he quit altogether when he found that school was interfering with his plans for a music career. This was a gutsy move for a 20-year-old whose mother, Dr. Donda West, was a college English professor. “It was drummed into my head that college is the ticket to a good life … but some career goals don’t require college,” she said of his decision. “For Kanye to make an album called ‘College Dropout,’ it was more about having the guts to embrace who you are, rather than following the path society has carved out for you.” With 21 Grammys to his name, over 135 million records sold and forays in the fashion and business world, West has carved out his own path sans a degree.

The Manhattan native was a shining academic star and valedictorian of New York’s Performing Arts School in New York at the age of 16. While Keys continued her education at Columbia University, after just one semester she landed a record deal at Columbia Records. Although her initial deal didn’t work out, Clive Davis saw her huge potential and inked her to a deal at Arista. Her 2001 debut, “Songs in A Minor,” yielded the hit, “Fallin’” and she’s been a star ever since. The 15-time Grammy-winning “Voice” coach has sold over 30 million albums worldwide. Keys, who is active in philanthropy and activism, was honored in 2018 at Variety’s Power of Women luncheon for her work with Keep A Child Alive. She is one of only five women to host the Grammys. 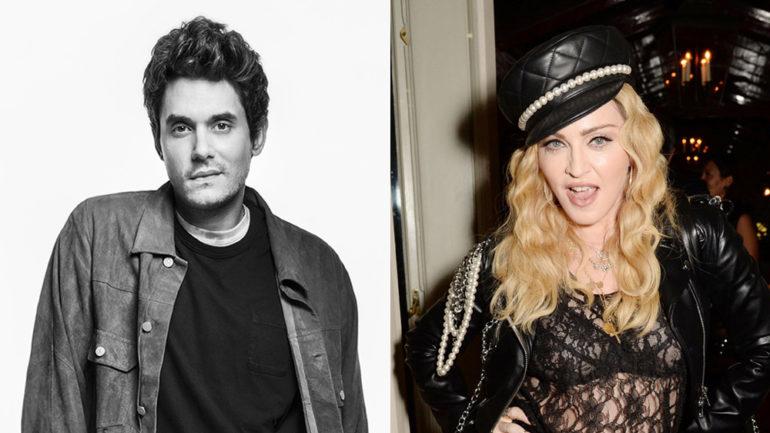