The Biggest Grammy Snubs and Surprises

LOS ANGELES (Variety.com) – You know what happens at the end of every Grammys telecast: Cue the outrage. Except, what are we going to do with our reserves of snark? Because this year, the number of clearly embarrassing or risible major winners this year was zero. About the best huff most of us veteran Grammy watchers will be able to work up is over one deserving nominee losing out to an almost-as-deserving nominee. Where’s the fun in rage-tweeting that?

If you were hoping for something in the mode of Bruno beating Kendrick in a sweep, or Adele mopping up the floor with Beyonce (which memorably embarrassed even her), what a disappointment this must have been. Still, there were some picks that came about unexpectedly or unpleasantly for at least some, if not necessarily all, of us. This is America, as Childish Gambino would say, so let’s try to find whatever divisiveness we can, shall we?

Let’s face it — probably no one but Ariana Grande expected the late rapper’s album, however beloved, to beat the behemoth that was Cardi B’s hip-hop-world-changing debut. But when you’ve pissed off Grande, that equates to alienating 50 million commoners. And Grande transferred the ire over her own MIA status from the Grammys, which was either a righteous cause or self-inflicted wound, to upset over her ex’s shutout. “Trash,” she tweeted and then immediately deleted after Cardi’s win for rap album. Asked about it by fans on social media, she pointed out that she hadn’t meant to apply the term to Cardi specifically. “Nothing to do w her,” Grande responded. “Good for her. i promise. i’m sorry.” In truth, voters faced a very tough call here, and it’s not a great look to posthumously reward Chris Cornell while not affording the same consideration to Miller. On the other hand, rewarding him over Cardi could have been seen as sexism in denying a ground-breaking woman her place in history. Sometimes a voting membership can’t win.

This would be a perfect time to brag that I correctly called this one over on Goldderby.com … so consider it pointed out. But since I was in the minority, let’s consider it a surprise. There were eight nominees for Album of the Year in this first-time expansion of the top categories, and there was a case to be made for seven of them. (H.E.R. was the only one who could honestly say that she was happy just to be nominated and leave it at that.) Who would have bet huge amounts of money against Kendrick Lamar, Drake, Cardi B or even late-rising dark horse Brandi Carlile? Also, consider the number of times in history that an album that anyone considered a country record won Album of the Year. That would be twice: Taylor Swift’s “Fearless” preceded by the Dixie Chicks’ really post-country “Taking the Long Way.” Precedent, if not 8-ball, said no. So let’s hear it for Kacey at the bat, hitting the home run even us soothsayers felt a little bit nervous predicting.

The social media anger over Bjork missing out on alternative album may fall on the low end of the scale. But her being overlooked is still worthy of note, as she falls into true Susan Lucci territory by failing to win for the 15th nomination in a row. Beck made a terrifically fun album, but you have to wonder how many voters just check off Beck, because Beck. Long may he reign, in some fashion or another, but in the year of the woman, it might have been nice to see this category take a less predictable, more feminist spin, too. Honestly, this one was never Bjork’s — “Utopia,” though fascinating as ever, was not her most beloved effort — but St. Vincent would have provided the worthy victory we craved. (St. Vincent did win for rock song, and also won the “get a room, you two” award for her riveting duet on the show with Dua Lipa, so we won’t shed too many tears about her awesomeness going unnoticed.)

These two made two of the best albums of any kind in the eligibility period, but their paltry nominations portended a predictable but still ridiculous lack of wins. It was great that the Year of the Woman brought in so many slightly left-of-center nominees, but sad that it couldn’t be extended to women who happen to be commercially huge as well as popular. Yes, this extends to the under-nominated Grande, too, although with wins in one out of two categories, Ariana couldn’t claim quite the snub her superstar peers did.

Snub: “All the Stars”

Even if this practically year-defining Kendrick and SZA ballad/jam was going to lose out in the record and song of the year categories — and to Childish Gambino, so no one was going to charge anti-hip-hop bias there — it should have had a shot for best song written for visual media. But in that category it ran into a little juggernaut called “Shallow,” the same obstacle it faces at the Oscars. Lamar probably made the right call in staying home this year, pride-wise, although we can’t help but wish he’d swallowed it and performed on the show anyway. Obviously, with the Academy Awards approaching, he and SZA are able to save that moment for the movies’ biggest night.

Surprise: on the Grammys

Not since Richard Nixon went on “Laugh-In” to say “Sock it to me?” has a TV cameo come so out of nowhere. He went from being boycotter of the year to being a non-no-show as he popped up from some mysterious underworld to accept for rap song of the year. Even a cutoff of his speech, which the Grammys claimed was inadvertant because they legit thought he was taking a pause, couldn’t dampen the high spirits of the moment, although conspiracy theorists who thought he got zapped because of his mild “awards don’t matter” shade had all the grist they needed. It’s understandable why someone like Drake is reluctant to show up and play nice when huge numbers of nominations, here or at other awards shows, result in so few wins. But you know what? Playing nice happens to be a good look on him.

Snub: Other artists ghosting the Grammys

Grande made her reasons for snubbing the show known; Childish Gambino’s can only be guessed at. Their reasons may be perfectly straight-up, if we could only see behind the scenes. But in Grande’s case, her live-tweeting of her distress at being unable to come to terms with Ken Ehrlich threatened to overshadow what should be a celebratory release-week moment for her… and, of course, the award for her previous album that was set to come her way. There was so much inclusion at this year’s Grammys, between historical wins for rappers and for hip-hop women in particular, on top of all the celebration of Latin music and strong presence for gay performers, that making a point of any one performer missing out felt in danger of missing the larger point. Drake, at least, got the telegram about what a party this year would be in time.

Snub: Contemporary rock on the Grammys

A lot of music awards shows these days don’t include even one rock act, so give the Grammys credit for making room for just one — although the choice of the Red Hot Chili Peppers was curious, since they haven’t won a Grammy since 2007 and aren’t exactly part of the news or release cycle now. The obvious choice would have been Greta Van Fleet, who did have three nominations… obvious unless you’re a producer or network executive well aware that the deeply polarizing band would’ve sent a majority of viewers looking for their remote, and not to turn it up.

His shutout was not altogether surprising. What was maybe more surprising was that the normally more staid Grammy committees gave him four nominations in the first place, given that his friendly slacker persona doesn’t really fit the personal-work-ethic-and-social-consciousness image the Grammys like to go for. Introducing him, Alicia Keys was left to riff that she doesn’t know what a beer bong is, lest it seem that the Grammys were admiring his slackerdom at anything closer than a distance. That said, Post Malone is so agreeable — unlike so many of his hip-hop peers who have a more conflicted relationship with the institution — that he may turn out to be a staple of the awards show and its votership for years to come. He probably doesn’t care very much that he just lost four Grammys, and that’ll count for a lot.

Those of us who’ve loved Brandi Carlile for a while were never sure the rest of the world would get “The Joke.” They did. Immediately following her performance on the show, that song shot from No. 83 to No. 2 on the iTunes singles chart (trailing only “Shallow”), which is a pretty good sign of having won the popular vote. Jon Caramanica, a New York Times critic who’d previously been dismissive, praised her performance to the hilt, putting it as the night’s top highlight and writing, “Carlile’s vocals were robust, ragged, full of sneer and hope. On a night curiously light on impressive singing, it was an uncomplicated, genuine, cleansing thrill.” (He excused away his past indifference by saying her “genuinely startling” turn at the mic was “vastly superior to the album version” — it wasn’t.) So what if she was looked over for the three awards she was up for on the prime-time show, versus the three she’d won in the pre-telecast? Winning hearts and minds in real time is a tradeoff for a “snub” that any artist would happily take. 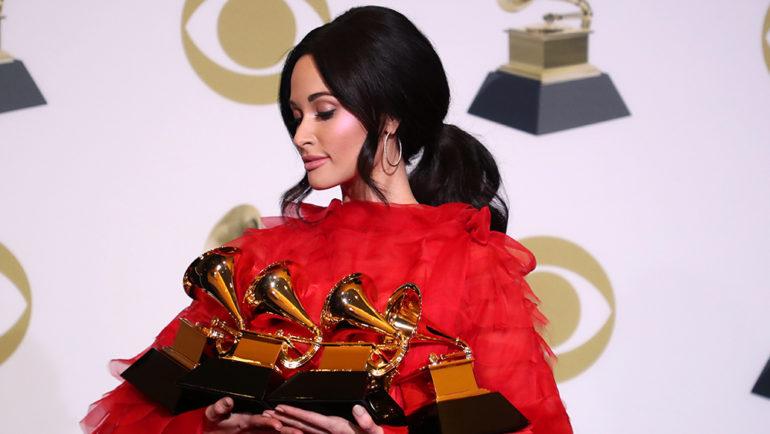