LOS ANGELES (Variety.com) – ABC has cast its next leading man for Season 24 of “The Bachelor.”

Peter Weber has officially been named the upcoming “Bachelor.” The announcement was made Tuesday night on ’s “Bachelor In Paradise” reunion special.

Weber appeared on Season 15 of “The Bachelorette” with Hannah Brown, ultimately becoming the second runner-up. He was a fan-favorite on the series, and has been rumored to become the next “Bachelor” ever since Brown sent him home at the end of her season.

Weber is a 27-year-old commercial pilot from Westlake Village, Calif., an upscale suburb that’s not far from “” mansion in Southern California. Weber’s social media presence — under the account name “Pilot Peter” — skyrocketed through his time starring on “The Bachelorette” with more than 1.1 million followers just on Instagram.

On Brown’s season, Weber was the runner-up to contestant Tyler Cameron. After sending home both Weber and Cameron, Brown ultimately chose contestant Jed Wyatt, though after a dramatic reveal in which he was found to have had a girlfriend at home, Brown broke off the engagement. Weber was always popular amongst Bachelor Nation throughout his time on the ABC dating show, but he became especially buzzy in Bachelor Nation when Brown — who is now competing on ABC’s “Dancing With The Stars” — revealed on the live finale that she and Weber had sex “four times!” in a windmill during their fantasy suite date on the series. (Yes, really.)

Earlier this summer, Variety reported that Weber was one of the the three frontrunners in consideration to become the next “Bachelor,” alongside contestants Derek Peth and Mike Johnson. Cameron was also initially in the running, but was ruled out after he began dating, in real life, supermodel Gigi Hadid. Peth was originally a contestant on Season 12 of “The Bachelorette” with lead JoJo Fletcher, and then re-appeared on multiple seasons of “Bachelor In Paradise” with his popularity growing once again this summer with his well-received storyline on “Paradise.” On Brown’s season, Johnson became known for his big smile and kind-hearted even tempered character on the infamously dramatic dating show. Johnson also appeared on this summer’s season of “Bachelor In Paradise,” but did not have a standout storyline.

Prior to “Bachelor In Paradise” premiering, in an interview with Variety, ABC reality chief Rob Mills spoke about the frontrunners from Brown’s season saying, “We’re obviously considering the people who were not only just great and have that ‘Bachelor’ charisma, but I think clearly the favorites are Mike Johnson, Tyler and Peter.”

Weber has a boy-next-door persona and charm that seems to fit the mold of “The Bachelor” seamlessly. Though he was not ultimately selected, Johnson would have become the first-ever black leading man on “The Bachelor.” Over the years, the ABC franchise has received strong criticism for its lack in diversity, though the show has made clear casting efforts to increase the diversity among its pool of supporting contestants in recent years. Since the franchise’s debut in 2002, there has been no black “Bachelor” and one “Bachelorette” of color with Season 13 leading lady Rachel Lindsay.

Weber has been a fan of “The Bachelor” for quite some time. In an interview earlier this summer , ABC executive Mills revealed that Weber had actually applied years before he ended up on “The Bachelorette,” saying, “He’s somebody who loves the show and really wanted to be on.”

The new season of “The Bachelor” with Weber will premiere on ABC in January 2020. 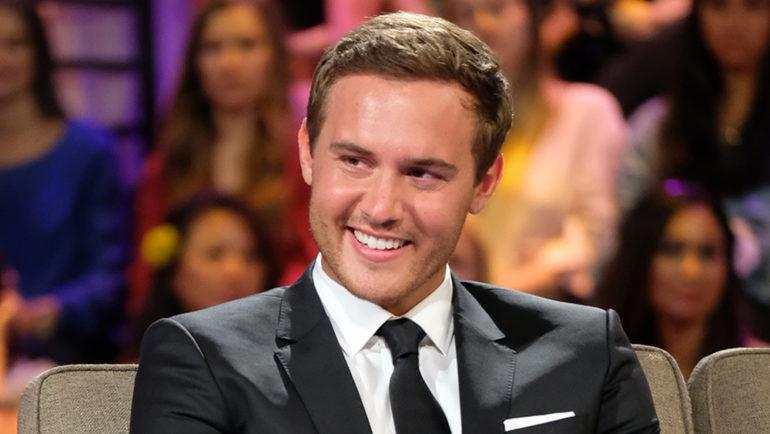