Taylor Swift Strips Down ‘Lover’ and ‘False God’ on ‘SNL’

LOS ANGELES (Variety.com) – While Taylor Swift went full-on pop for her performances on ‘GMA’ and at Amazon’s Prime Day concert earlier this year, she took a different approach for her fifth appearance “Saturday Night Live.” For her opening song, the already sparse title track of her latest album, “Lover,” the singer performed entirely solo at a green piano, dressed entirely in green, using her unaccompanied format to draw out the song’s verses and especially the closing chorus. The performance showed off both her powerful command as a singer and the intricacies of the song, which is hands-down one of the best she’s ever written.

The second song, “False God,” saw her accompanied by musicians and backing singers but was also low-key, as she moved amid a series of lights on the “SNL” stage.

The performances are among the relative few Swift has scheduled for the next few months until her “Lover” tour kicks off. She’s playing an iHeartRadio “Jingle Ball” show in New York in December and that’s all that’s on the books until the tour launches next June, with a pair of U.S. stadium dates before heading to Europle for festival appearances over the summer. Swift is apparently holding back from a full-scale North American tour on this album, quite possibly allowing demand to build up again after her massive “Reputation” stadium tour last year. 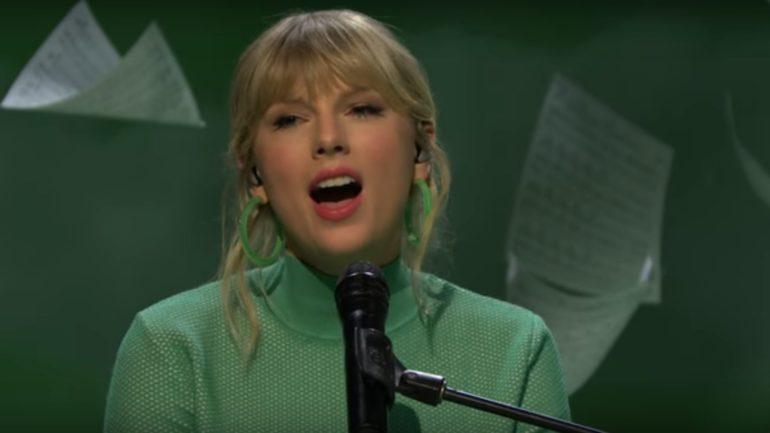