Steven Spielberg’s ‘Why We Hate’ Is More Timely Than Ever, David Zaslav Says

LOS ANGELES (Variety.com) – The political state of the world today has made the upcoming docuseries “Why We Hate” relevant in a way that its producers, Steven Spielberg and Alex Gibney, hardly expected when they began developing the project five years ago, Discovery president and CEO David Zaslav said Thursday.

“Things are much more of a challenge and hate is significantly on the rise,” Zaslav said. “Hate of immigrants, hate of skin color, hate of different people for their religious beliefs.”

That has made getting to the roots of such hostility all the more important – a question that fascinates Spielberg, the director of “Schindler’s List” and founder of the USC Shoah Foundation in 1994 to record stories from the Holocaust. “,” a six-part investigation, begins airing on next month.

Spielberg told Variety last year that “getting to the root of the human condition is something I find not only fascinating, but absolutely necessary in understanding who we are….If we understand why we act the way we do, we can change the way we act. That is what we are uniquely capable of as human beings.”

Zaslav said the series, which travels the world, “was really Steven’s idea. I said to him, ‘What is the story you want to tell? What is the story [that will be your legacy] when you and I are gone?’”

Speaking at the biennial Royal Television Society Convention in Cambridge, England, Zaslav said he was committed to finding stories that have impact, with the power to spark change. He said he was particularly inspired by the BBC’s 2017 natural history series “Blue Planet II,” whose final episode, about the damage being inflicted on the oceans and marine life by plastics, inspired a mass movement in Britain to reduce plastic use.

“That was the moment when we said we have to go all in,” Zaslav said.

Earlier this year, Discovery announced a landmark 10-year, nearly $400 million deal with the BBC to put the British pubcaster’s natural-history and other factual content on a global Discovery streaming service that will launch next year. The BBC and Discovery will also collaborate on developing new programming.

“Our ambition is that we’re going to document the planet together, and maybe we’ll have a meaningful impact,” Zaslav said. 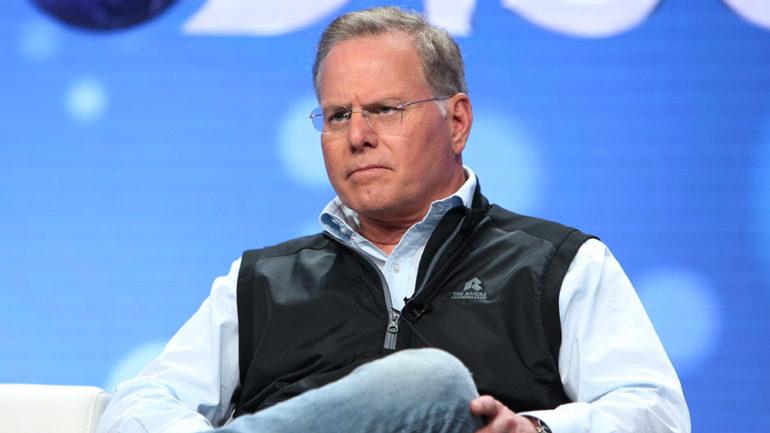