“Barron: A Tale of Love, Loss & Legacy” by screenwriter Nicolas Curcio has rated on the annual Black List, a ranking of Hollywood’s best unproduced scripts, which is conducted by surveying 250 top film executives.

Curcio’s screenplay imagines a younger Barron, “fearing the devastating impact that his father’s presidency would have on his personal life, his country and the world at large.” In light of this fictional dilemma, Barron “sets out to sabotage his father’s 2016 campaign.”

UTA reps Curcio, a team consisting of Charles Ferraro, Riley Folsom, Jordan Lonner and Bill Zotti, along with his manager Jeff Portnoy of Bellevue Productions. The project does not currently have producers or financiers attached. Eligibility for the says that a script must not have commenced principal photography in the current calendar year, though many have homes. “Don’t Worry, Darling,” for example, a psychological thriller about a 1950s housewife, has Olivia Wilde attached to direct and Vertical Entertainment on board to produce.

Barron, now 13, has been the center of heated debates in recent weeks concerning the children of U.S. presidents. Last week, President Trump was criticized for criticizing teenage climate activist Greta Thunberg, going as far as saying she had “anger management” issues. Social media users instantly surfaced Melania Trump’s anti-bullying initiative and reminded her that Thunberg and Barron are quite close in age.

Through a spokesperson, the first lady said Barron “is not an activist who travels the globe giving speeches. He is a 13-year-old who wants and deserves privacy.”

Prior to the Thunberg dust-up, the first lady publicly admonished law professor Pamela Karlan who invoked Barron during one of his father’s impeachment hearings. In describing the limits of presidential power, Karlan explained that Trump could name his son Barron, not “make him a baron.”

In response, Melania tweeted, “a minor child deserves privacy and should be kept out of politics. Pamela Karlan, you should be ashamed of your very angry and obviously biased public pandering, and using a child to do it.” Karlan apologized in the same testimony in which she made the comments. 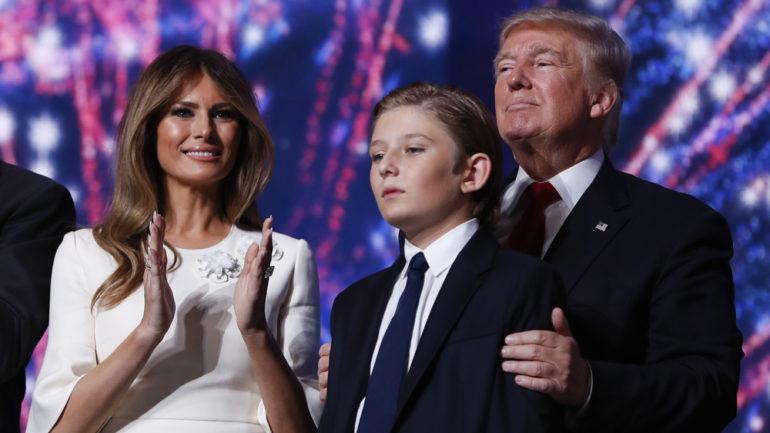