The two have been colleagues since the early days of “Roseanne,” which starred Gilbert on screen and featured Werner behind the scenes. Werner has executive produced 230 episodes of the ABC show, including the recent revival. He is now an exec producer on Gilbert vehicle “The Conners,” ABC’s highest-rated new show of the 2018-2019 season. The series has been renewed for a second season .

They say Sara + Tom’s mission is to “get something on TV that makes you laugh and cry.”

“I am thrilled to be working with someone as kind and brilliant as Tom,” said Gilbert. “When I was a kid, he was the guy behind the scenes making it all happen. It’s truly a dream to call him my partner, and I look forward to making impactful, funny and moving content together.”

The launch follows last month’s news that Gilbert is leaving her post as a co-host of “The Talk” after nine seasons.  Marie Osmond is slated to replace her  on the CBS daytime talk series when Season 10 begins in the fall.

“Sara is one of the most creative people I have ever worked with,” said Werner. “I have admired her and loved her since she came into my office and crushed the reading of the role Darlene in ‘Roseanne.’ She is as creative a talent behind the camera as in front of it. I’m grateful that she is partnering with me to create new content, and I hope the next three decades together is as fruitful as the last three.” 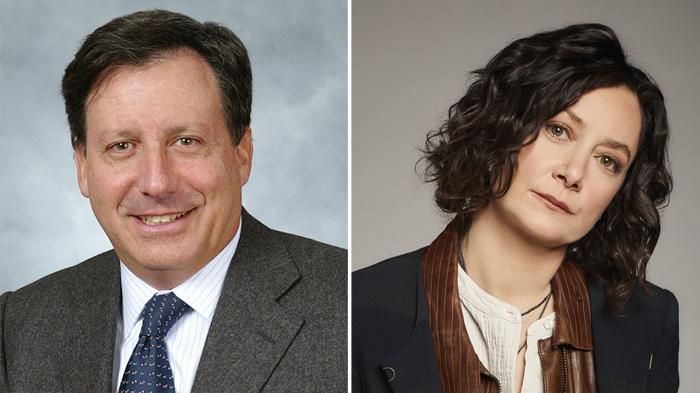