Sara Gilbert to Leave ‘The Talk’ After Nine Seasons

The co-host made the announcement on the Tuesday episode of the CBS talk show.

“This is something I have been struggling with for a while, and going back and forth. But I’ve decided it’s time for me to leave the show,” Gilbert said at the beginning of the program.

“I obviously love it here and this was extremely difficult,” she continued. “Last season I did ‘The Conners’ and, as you know, also producing … and I loved it and felt totally empowered. But my life was slightly out of balance, and I was not spending as much time with my three kids as I would like.”

Gilbert said she decided to leave as she couldn’t “do it all,” on top of her producing and acting slate. She has been with the show since its debut in 2010, and along with Sharon Osbourne, has served the longest tenure of any co-host. She also created and executive produces the show.

“Sara’s passionate vision for a forum in which women on camera and off could celebrate mutual support, emotional growth, and everyday achievements was a driving force behind bringing ‘’ to air in 2010 as ’ first daytime talk show. Her authenticity, compassion, quick wit, and drive to succeed led to nine successful seasons of ‘The Talk,’ garnering numerous daytime Emmy Awards, including outstanding show and outstanding host,” said Angelica McDaniel, executive vice president of daytime programs, in a statement. “We are thankful that Sara inspired us from the beginning and wish her all the happiness and success on her new journey. She will always be family and, as you know, family can always come by for a TALK.”

“The Conners” star thanked her fellow hosts, the crew, and the audience for “letting me into your homes every day.” She said she would return to the show as a guest.

“I will come back, I will guest co-host — you’re not going to get rid of me, I’ll be around,” Gilbert said.

The current ninth season premiered on Sept. 10, 2018. Eve and Sheryl Underwood also serve as co-hosts on the daily hour-long series, where the panel discusses current events, pop culture, and the trending topics of the day. John Redmann serves as executive producer. Heather Gray and Kristin Matthews are co-executive producers. 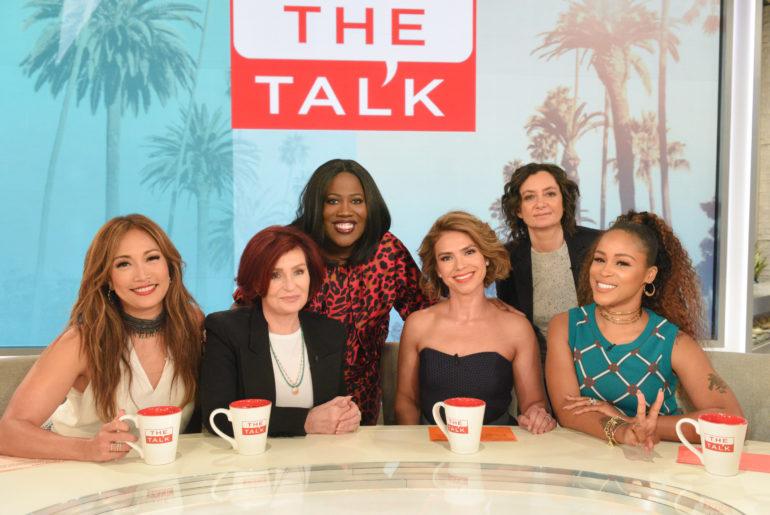