LOS ANGELES (Variety.com) – Award-winning actress Sally Fields and her son Sam Greisman are among the first wave of stars supporting the Human Rights Campaign’s “Americans for the Equality Act,” which launched March 25. In the series’ debut video, filmed by award-winning directors Dustin Lance Black and Paris Barclay, Fields talks to her son about his own journey to accepting his sexuality.

“Sam’s journey was just a different one than his older brothers,” Fields says in the video. “Being with him, watching him to finally be able to be all that nature intended him to be – it was not an easy road for him.”

In the coming weeks, the star-studded campaign will cut a swath through every industry, featuring stars such as Olympic figure skaters Adam Rippon and Shea Diamond, to actors Jamie Lee Curtis and Jesse Tyler Ferguson as they stand behind the Equality Act.

“So much of the progress of the LGBTQ movement has hinged on our ability to tell our stories and move people — and that’s the same spirit with which we’ve approached this compelling project,” said Barclay, the Emmy Award-winning director who helped film the videos for HRC. “I was moved by the stories from the talented people participated in this campaign. We join them in working to make history again by passing the Equality Act.”

The measure, which was reintroduced in Congress on Mar. 13,  will provide comprehensive non-discrimination protections to the LGBTQ community across the nation. The additional videos will launch as the legislation continues to be considered by state representatives, a strategy reminiscent of HRC’s successful Americans for Marriage Equality campaign in 2011.

“Every American deserves a fair shot at a job to support themselves and their family, and the security of a roof over their head,” said Black, the Academy Award-winning director who worked alongside Barclay. “These are key ingredients in what we’ve long cherished as our ‘American Dream.’ But until the Equality Act is signed into law, this dream may not be a reality for far too many Americans in many areas of our wild and wonderful country.” 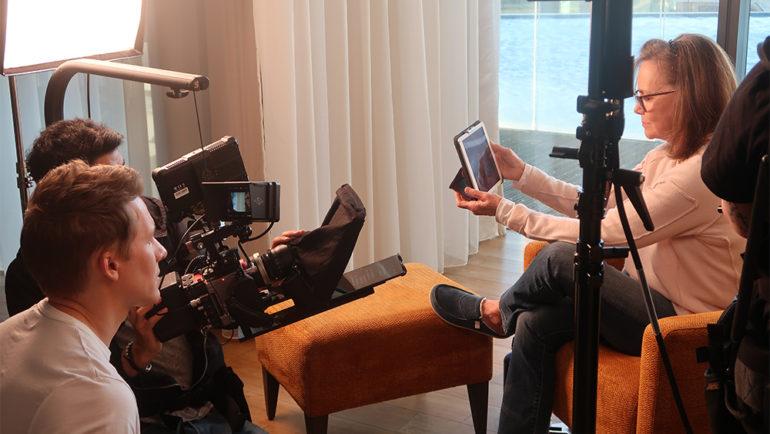