Royal wedding boosts flight bookings from the U.S. to Britain

LONDON (Reuters) – The marriage of U.S. actress Meghan Markle to Britain’s Prince Harry has prompted more U.S. visitors to fly to the UK, with data showing that bookings from the U.S. for this week are 12 percent ahead of last year.

Americans will be among the royal fans convening on the town of Windsor before Saturday’s wedding, suggested data provided by Travelport website on Thursday.

It showed that before the wedding date was announced last December, bookings for arrival into Britain from the U.S. for this week were down around 7 percent, but following the news of the wedding date, they are now up 12 percent compared to the same week in 2017.

“We know that important events like a Royal Wedding encourage people to travel and it’s great to see we’re welcoming so many visitors from the U.S. this week,” said Paul Broughton, Travelport’s country manager for the UK and Ireland.

One of those Americans to have made the journey across the pond is self-confessed “royal super-fan” Donna Werner, who is planning to camp out on the streets in the hope of catching a glimpse of the couple.

Travelport data also showed that once the royal wedding date had been announced, more people chose to stay in the UK for that week than travel abroad.

Before the date was known, bookings for Brits to travel abroad on the week of the wedding were up 10 percent. After the date was announced, the rate of bookings for foreign trips slowed, meaning that now, trips abroad for the week are up only 4 percent compared with last year. 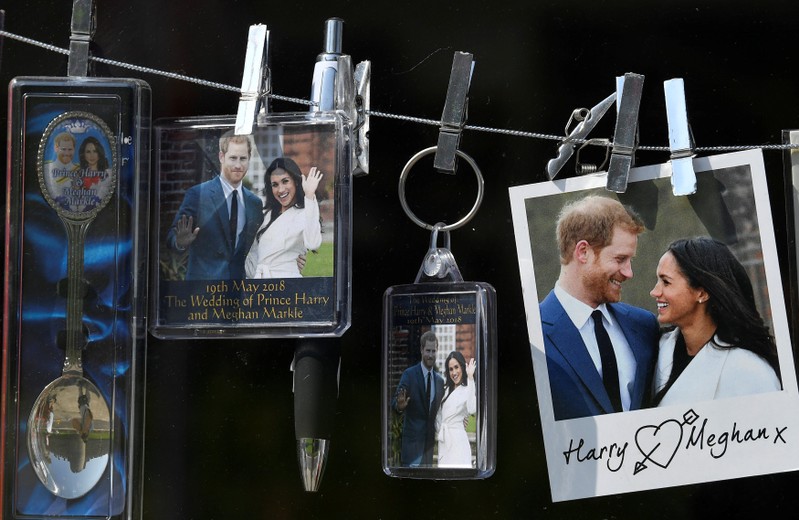