LOS ANGELES (Variety.com) – Even as recession fears continue to plague an increasingly volatile U.S. stock market and high-end real estate transactions grow sluggish, several Los Angeles residential mega-deals have nonetheless been recorded this summer — all neatly in a row. Up in this “unicorn” category’s rarefied air, Uber’s Garrett Camp and Eliza Nguyen paid $72.5 million for a brand-new Beverly Hills estate , then China-based billionaire heir Johnson Zhang forked over $75 million for a Bel Air complex . And last month, the pop culture-famous Holmby Hills megamansion known as “The Manor” fetched a Californian record $119.7 million from a still-unidentified foreign buyer, providing further evidence of the ever-widening chasm between the merely well-to-do and the otherworldly rich.

And now, another recession-proof buyer looks to set real estate’s uppermost echelons alight once more. Though the transaction has not yet publicly recorded, it’s become widely known that the  Malibu mega-compound of former Universal Studios chief Ron Meyer is in escrow with a tech billionaire hailing from Northern California’s famously cash-flush Silicon Valley, the deal now all but done. While the rumored $100+ million sale price remains unconfirmed, the house has been available at a list of $125 million for over a year; unless the buyer is feeling unusually generous, the final figure will likely slot in comfortably below the $119.7 million Manor record.

And although the grant deed is not yet officially filed, two unrelated sources have both indicated that the tech billionaire new owner in question will be Jan Koum , the Ukrainian-born co-founder of WhatsApp, an international messaging service founded in 2009 and famously sold to Facebook in early 2014 for an unprecedented $19 billion. The acquisition — still easily the largest in Facebook history — made Koum and his business partner Brian Acton overnight multibillionaires. Both Forbes and Bloomberg estimate Koum’s personal net worth hovers somewhere around $10 billion, a substantial portion of which is liquid capital.

But if Silicon Valley gossip is to be believed, the WhatsApp-Facebook marriage has not been a happy union, at least from the perspectives of the former’s founders. Both Koum and Acton have since departed Facebook, reportedly after heatedly — and repeatedly — clashing with the tech giant’s head honchos Mark Zuckerberg and Sheryl Sandberg over the  data privacy intrusions  for which Facebook has become infamous.

As for the $125 million real estate, records show Meyer has owned his soon-to-be former property for over 20 years — since 1997, when he forked over approximately $5 million to buy the three-acre blufftop parcel from former CAA chief Mike Ovitz. He then hired the late, much-acclaimed architect Charles Gwathmey and spent two years and many millions building an immense contemporary compound . Completed just before the new millennium’s dawn, the property features a monolithic main house with nearly 14,000 square feet of living space alongside two wee guesthouses. Though enormous, the blocky complex isn’t out of scale with most neighboring properties — in fact, it lies directly between two other equally massive estates, one owned by multibillionaire Public Storage heiress Tamara Gustavson and the other by Bosnia-born socialite Diana Jenkins.

Sited directly above Malibu’s postcard-worthy Paradise Cove — arguably the most beautiful beach in the L.A. area — the house itself is invisible from the Pacific Coast Highway streetfront, sequestered behind an immense hedgerow and a towering driveway gate. A vast entrance gallery features a sculptural “floating” staircase and towering walls of glass, while the double-height dining room sports clerestory-style windows. The chef’s kitchen opens to a family room that spills out to the outdoor terrace adjacent to the perfectly rectangular pool. Somewhere inside is also a movie theater and a two-story library.

Fully landscaped and fanatically maintained, the acres of grounds include enormous swathes of grassy lawn and a full-size, properly positioned north/south tennis court. At the far rear of the property, an almost absurdly long and zigzagging staircase leads down the cliff to the frigid Pacific Ocean’s edge. Remarkable sunset views broadly sweep the California coastline as they stretch from Point Dume all the way down to the Palos Verdes Peninsula and Catalina Island on the horizon.

Over the years, the sublimely-located property has hosted numerous galas and seen multitudes of Meyer’s showbiz friends and associates party on its premises. After a star-studded charity soiree last year — one reportedly attended by the likes of Cindy Crawford, Jennifer Aniston and Barbra Streisand, among others — one loose-lipped partygoer  blabbed to the Hollywood Reporter that Meyer had been “giving private home tours” to moneyed attendees throughout the night. There’s nothing like mixing a little business with pleasure, naturally.

Koum, who was raised in the Soviet Union and subsisted on food stamps after immigrating to the U.S. with his mother as a teen, has a well-documented taste for lavish real estate. His primary residence , as previously catalogued on Dirt, is a nearly $100 million mega-compound hidden away in the sleepy town of Atherton, Calif., arguably the Silicon Valley’s poshest residential enclave. Beginning about five years ago, Koum paid a total of $57 million in separate transactions for his estate’s five parcels of land alone, not including the untold tens of millions more he’s spent to cobble together an outrageous monster estate that likely ranks as the most lavish complex in the entire neighborhood, which is notably home to scores of other tech billionaires.

There are multiple structures on the still-under-construction compound, including a house reportedly occupied solely by his security team and a 10,000+ sq. ft., mansion-sized garage that houses a portion of his exotic automobiles. (Koum, a noted car buff, owns one of the world’s foremost collections of specialty Porsches and Ferraris.)

Some of Koum’s other properties include — but are hardly limited to — a converted warehouse in Burlingame, Calif. that now functions as a high-tech and heavily fortified private garage, an $8.5 million mini-estate, and a $5.5 million mansion in nearby Hillsborough, Calif. purchased for a close familial relative. 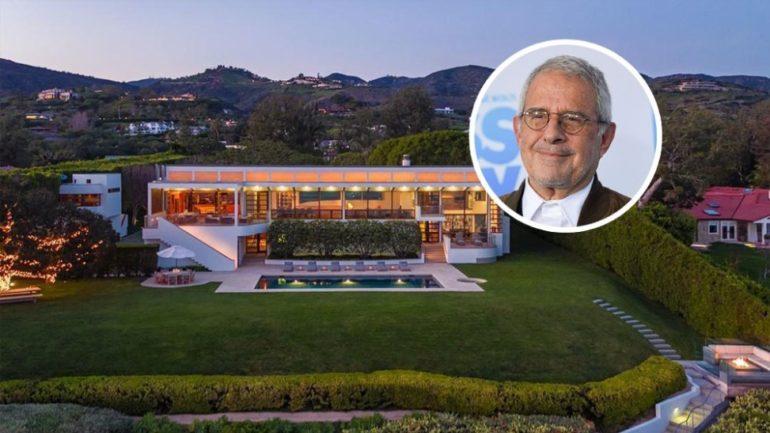