LOS ANGELES (Variety.com) – Rita Wilson delivered a love letter to Hollywood in her speech while accepting her new star on the Walk of Fame.

“This street has drawn people from around the world to come walk the boulevard, where these beautiful stars allowed them to dream about what it must be like to live in Hollywood, and who those people might be and that live here,” Wilson said. Her parents, Allen and Dorothy Wilson, immigrated from Greece and Bulgaria to live in Los Angeles. Wilson added, “I have a history with this street.”

She described childhood memories of Hollywood staples like the Broadway department store, Musso & Frank Grill, Grauman’s Chinese Theatre, Hollywood Palladium, Capitol Records Building, and her days as a cheerleader for Hollywood High School. She recounted a list of firsts she experienced in Hollywood like working her first job, recording her first album, joining her first bank, receiving her SAG card, and buying her first bra. The star also reminisced on how her dad would hoist her on his shoulders to watch the Christmas parade on Hollywood Boulevard, which was turned into Santa Claus Lane for the holidays.

“This is my home. Hollywood, California. My dad was able to buy a house here on a bartender’s salary and like so many other women in the day, my mom made our meals and our clothes,” said Wilson. “This town has given me and my family so much. This town, my home, has allowed me to do what I love for a living: act, sing, produce movies. This town has allowed me to pursue my dreams in my own backyard. It has led me to the love of my life, Tom Hanks, and has brought me the blessings of our children.”

On the same day as receiving her Walk of Fame star, Wilson also released her latest album, “Halfway to Home.” 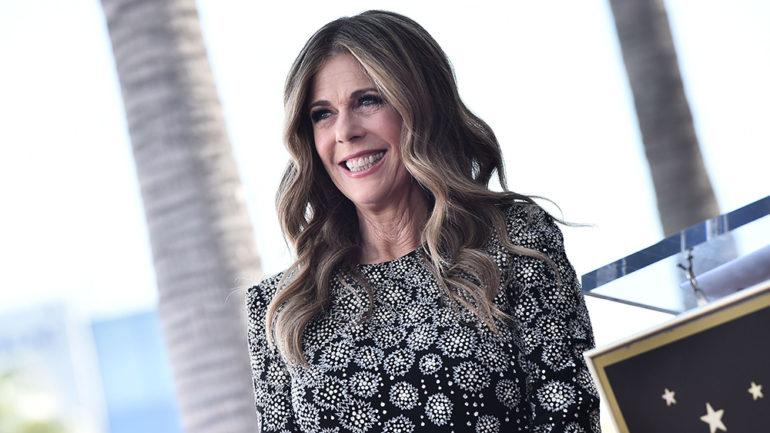