LOS ANGELES (Variety.com) – Dominique Gardner, an ex-girlfriend of R. Kelly’s who is featured in the docu-series “Surviving ,” has just spoken up further with shocking details of abuse she says she endured during their nine-year relationship — even though one of the shocks is how often defensive and protective on behalf of the troubled star.

In an extensive round of interviews for with journalist Jim DeRogatis (who was the first to reveal and pursue the sex-tapes story in the early 2000s), the 27-year-old opens up about her complicated relationship with the R&B singer, whom she began seeing when she was 17. Much of what she shares is in line with with the allegations exposed in the Lifetime doc, though many details are fresh. Gardner is working and saving money in Chicago after recently splitting with Kelly and reuniting with her family. But despite finally escaping Kelly’s clear manipulation — at one point she tells DeRogatis that “he tried to break” her —  Gardner still has sympathy for her alleged abuser.

Here are 10 things we learned (or had confirmed) from the New Yorker story:

On top of beatings and extension-cord whippings, R. Kelly allegedly tore her hair out. Gardner compares Kelly’s relationships to his girlfriends to that of a parent and child. She says if she or the other girls did something that upset the singer, he would punish them in the form of “spankings, slappings, beatings (and) being hit with an extension cord.” She describes herself as the most rebellious of Kelly’s then-girlfriends and suffered the consequences. Gardner recounts a time she threw a carrot at Kelly and he retaliated by grabbing and pulling her hair. “I had, like, patches torn from my hair,” she says.

She confirms R. Kelly had sexual relations with girls at least as young as 16. Jerhonda Pace (formerly Jerhonda Johnson), who introduced Gardner to Kelly in mid-2009, began having her own sexual relations with the alleged abuser when she was only 16, Gardner says. Breaking the non-disclosure agreement she signed with Kelly, Pace is now one of four victims in Illinois claiming charges against him.

Moving to Atlanta marked the moment when Kelly cut his six live-in girlfriends off from their families. Gardner still lived with her mother when she began seeing Kelly, frequently visiting his mansion in a suburb of Chicago. She then had the freedom to come and leave. But once they moved to Atlanta, along with Kelly’s five other steady girlfriends, “It was like something switched,” Gardner says. “[Before that] I used to go home on a regular basis. I was able to call my family. Then, all of a sudden, it was no.”

Kelly’s lovers weren’t allowed unsupervised phone usage, and calls to family and friends were forbidden. Gardner objects to the use of the words “rules” and “cult” to describe her relationship with Kelly. But she confirms he decreed all his live-in lovers wear identical baggy sweatshirts to avoid being admired by other men. “I couldn’t even have a drink without his permission,” Gardner says. “I’m a grown-ass woman, and I’ve gotta ask you if I want a drink? Everything you do, you have to ask him.” She says he took away their personal cell phones and replaced them with new ones they could only use in his presence. And bathroom breaks really did require prior approval. “Are you serious? I’m about to pee on myself if I can’t get in contact with you.

Kelly continues to be with her, in the form of two tattoos of his face. She has one on her left leg and another on her rib cage — “a particularly painful place to get a tattoo,” DeRogatis notes.

R. Kelly gained sympathy from his girlfriends because of his contention that he suffered abuse from an older female relative. One reason Gardner says she’s able to remain empathetic with Kelly is because the singer endured abuse from an older female relative when he was 8. “At the end of the day, he’s a victim, too, because he went through some shit, and people — they don’t understand,” she says.

He could go from being a “giver” to “Lucifer” at the flip of a switch. As Gardner opens up about her experiences, it’s clear that she and Kelly had every marker of an abusive relationship… including the euphoric as well as down times. “When everything between me and him was good — oh, my God, it was like perfect,” she says. But when Kelly found reason to be upset, an evil side to his character reared its head. “As soon as he gets mad, he turns into a person like, oh, what up, the new Rob.”

Kelly would apologize after the beatings, and she doesn’t want him to go to jail. “I feel like he should be on house arrest in a studio, because, like I said, his music makes him get through the situations, what’s he going through. Jail time, no. He needs to have a 24-hour therapist at his house.” Gardner’s feelings toward Kelly are certainly complex. When DeRogatis asks why she stayed with him for nine years despite the abuse, she says: “It’s, like, I know them eyes. Every time I looked in his eyes, I knew he was sorry. Like, when he hit us, hit me, he was, like, he apologized” — even though “you do it again when shit don’t go your way.”

Gardner would still be living with Kelly if not for one straw that broke the camel’s back. “I would probably still be there if he would have let me go to my little brother’s graduation,” she says. “I’d still be there, but, when he told me no… I’m, like, ‘What is wrong with you?’ You don’t let people see their families, I guess, because we might realize how much freedom and happiness we have out there with our families.” Nonetheless, she says, “I loved him to death… (even if) he needs help. Who doesn’t need help?” And, she says, “At the end of the day, I am not playing victim. I done did some shit.”

Victim or not, she has no interest in cooperating with investigators. She says she was approached by agents with the Department of Homeland Security in recent weeks. “They’re, like, ‘We’ve been trying to reach you and talk to you.’ … They gave me a card. I just ripped it up.” 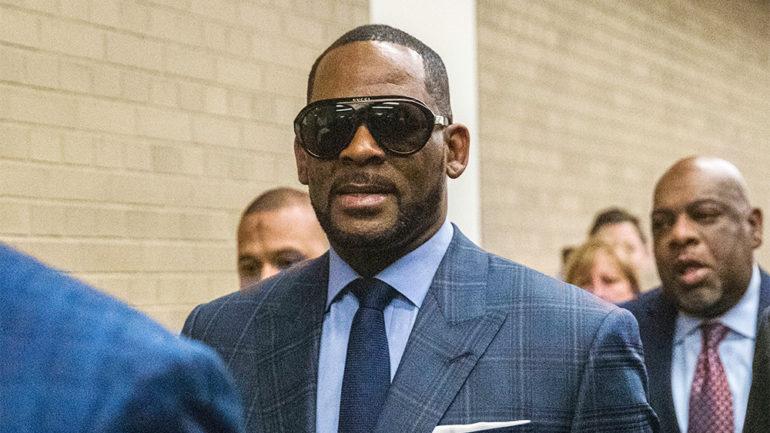