“We have so many great memories here,” he said. “Let’s make some new ones.”

Since Lambert joined forces with cofounders May and drummer Roger Taylor eight years ago, the group has enjoyed a big resurgence, boosted by last year’s biopic, “Bohemian Rhapsody,” which earned four Academy Awards, including Best Actor for Rami Malek’s portrayal of the late Freddie Mercury. 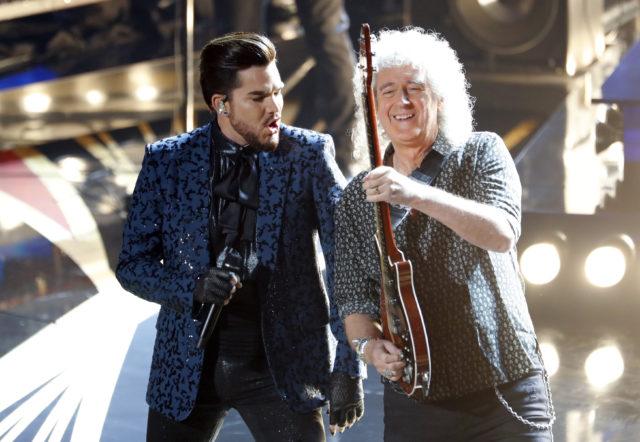 Before the show even started, the band created excitement with a crown (which was decorated with iconic band images) adorning the front of the stage, with billowing smoke and music building anticipation. After about ten minutes, before the crown lifted to the top of the stage, with shadowy images of May and Lambert teasing before the explosive intro of “Now I’m Here.”

That nuanced opening set the stage for a two-hour-and-15-minute show, with early anthems like “Seven Seas of Rhye” and “Keep Yourself Alive” giving Lambert a chance to showcase his impressive range.

“Let’s address the pink elephant in the room,” Lambert said. “I’m not Freddie — and there is no replacing the rock God known as Freddie Mercury.”

Mercury’s presence was definitely felt in the room — particularly with his classic call-response moment of “Ay-oh” on the big screen-and on the tour. Here are five great moments from the show.

On the last tour, Lambert rode a tricycle adorned with a basket and bell as he sang the band’s 1978 hit “Bicycle Race.” This time, he went more bad-ass, wearing a black leather jacket adorned with spikes and straddling a motorcycle. Although he didn’t actually ride it, it did a full 360 (he even put his feet up on the handlebars) so everyone in the audience could get a good look.

The Astrophysicist Hitches a Ride

Brian May played guitar hero all night, shredding in the appropriate moments in the epic “Bohemian Rhapsody” and other songs — but the astrophysicist (he recently got his degree after postponing his studies to focus on the band in the early 1970s) hit a new peak mid-show as he played atop a fake asteroid with laser beams, planets and galaxies hurtling behind him on the screen.

Taylor Gets Some Shine

Roger Taylor earned his screen time early in the night with a drum solo, and even got a featured spot with “I’m in Love With My Car” (a running joke in “Bohemian Rhapsody”), but he shined brightest trading vocals with Lambert on “Under Pressure,” the group’s 1981 single with David Bowie. To create this moment, a separate kit was set up at the end of the stage, and the band entertained with a brief, a capella version of “Doing All Right” (the song Mercury’s character sings in a parking lot as his audition in “Bohemian Rhapsody”) and the swinging “Crazy Little Thing Called Love,” with Lambert playfully emulating a snarl and slinking behind Taylor’s kit playfully with May. 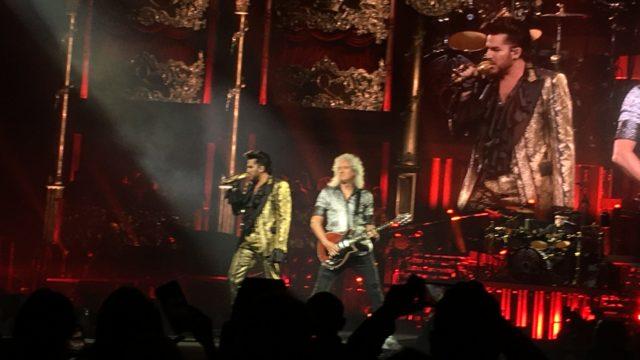 May Lights Up the Garden

Repeating a moment from the 2014 tour, May sat at the end of the runway with a 12-string guitar, asking the audience to sing along and “be humans together” for “Love of My Life.” When the group performed the song back in the day, concertgoers would illuminate the arena with cigarette lighters, but the lighter has been replace by the flashlight app on cell phones, and the result creates what May called “just a little magic.” It was so bright in the Garden it was as if the houselights had come on, and when a video of Mercury appeared on the screen to the closing verse of the song — and encouraging the Garden to sing from the great beyond — there wasn’t a dry eye in the house.

The Show Goes On …

In this song from Queen’s final album with Mercury, 1991’s “Innuendo,” Lambert was note-perfect, bringing dramatics with a physical interpretation of the piece, with his vocals soaring through the arena. While the song is performed early in the set, it would make a perfect closer … 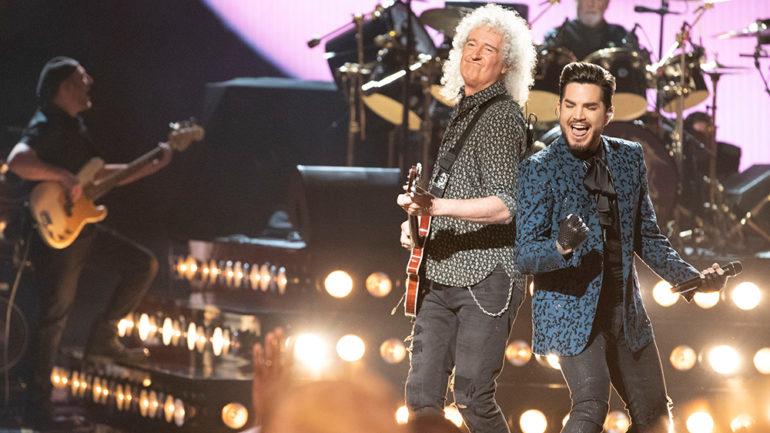