Though blessed with Beverly Hills’ coveted 90210 zip code, the Estates are technically located in the city of Los Angeles, in the hills above the prototypically suburban San Fernando Valley neighborhood of Sherman Oaks. That geographic distinction, however, has not deterred legions of celebrities – and legions of wealthy wannabe celebrities — from punting values of the largest Mulholland Estates homes into the $10 million-plus range.

Developed in the late 1980s, the 95-home luxury tract mostly boasts attempts at Parisian or Tuscan architecture. But there are also a handful of contemporary villas in the community — including this home, which recently popped up for sale with a hefty $9,499,500 ask. 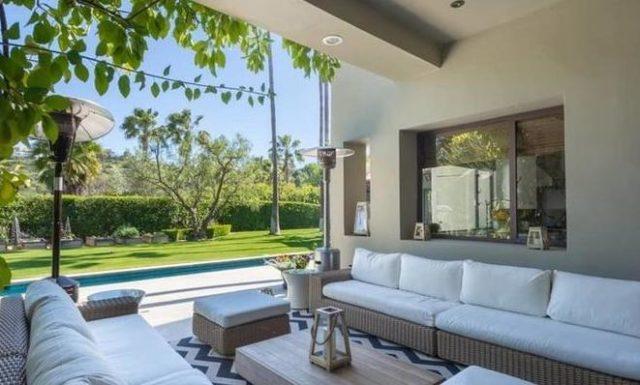 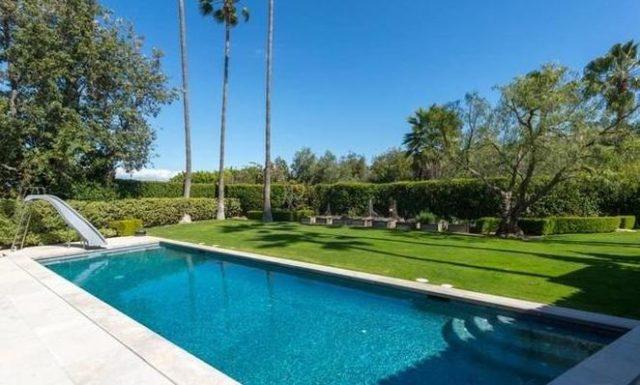 Though not currently owned by a Hollywood celebrity, the offbeat casa sports an enviable lineage of famous former occupants. And for the last five years, the property has served as the part-time residence of Saudi Arabia’s own HRH Princess Maha bint Mishari Abdulaziz Alsaud .

Originally built in 1990, the 7,648-square-foot mansion is of indeterminate architectural style but has previously been described as an “Asian-influenced modern hacienda.” The home’s first owner was the late billion-dollar screenwriter Jeffrey Boam, responsible for “Indiana Jones and the Last Crusade” and the second and third “Lethal Weapon” movies. The property then passed to legendary hip-hop music producer Steve Rifkind , who in turn sold it to Tom O’Gara of O’Gara Coach – the juggernaut that is L.A.’s preeminent dealer of exotic automobile brands: Bentley, Rolls Royce, Lamborghini and the like. 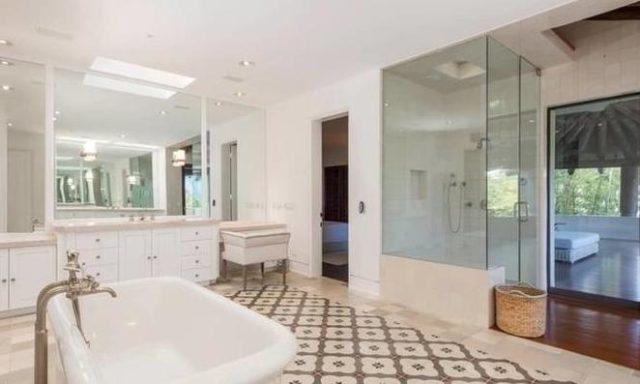 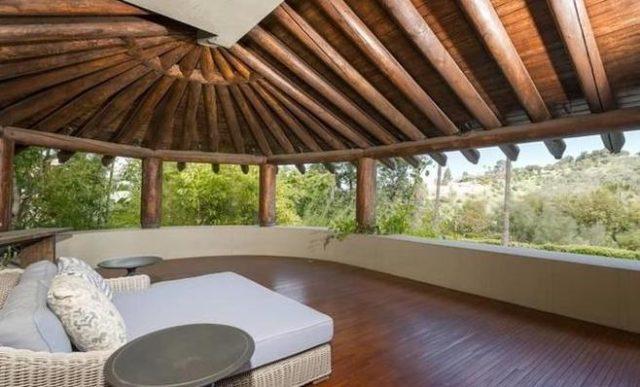 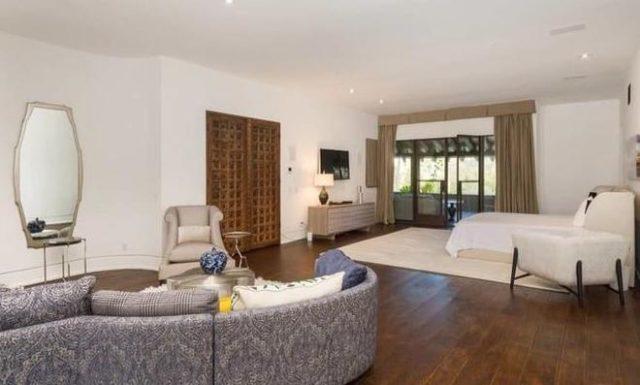 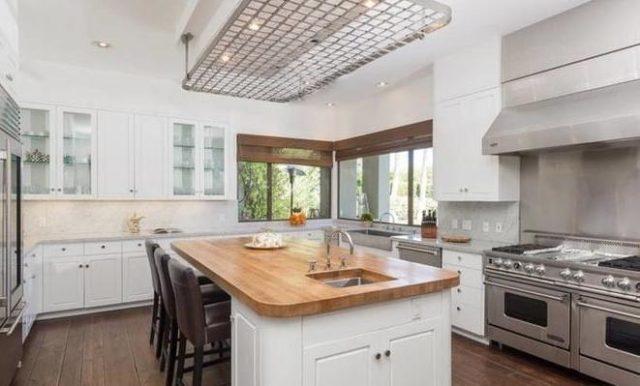 It was O’Gara who sold Princess Maha the house in 2014; records show the transaction closed for $6,970,000. Her Royal Highness now believes her customizations — overseen by interior designer Robyn Jensen — and the passage of five years are sufficient to warrant a $2.5 million increase in value.

A skylit double-height entryway and milky white walls lend an art gallery-like vibe to the foyer. The stepdown living room is conveniently equipped with a wet bar for lazy (and boozy) afternoons, while the oversized family room draws eyeballs with its royal blue velour couches. Disappearing walls of glass allow the media room to encompass a tiled loggia framed by chunky wooden columns, and the wood-paneled library is done up with brilliant red carpeting. 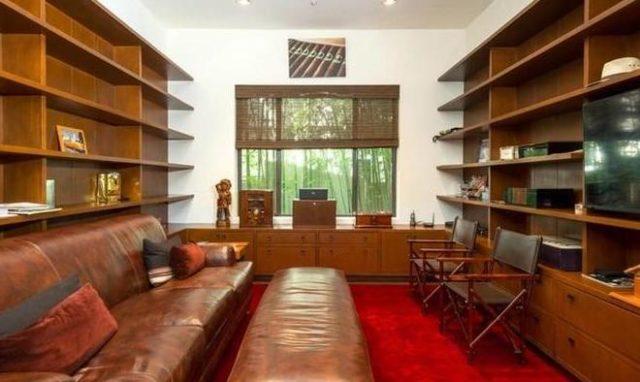 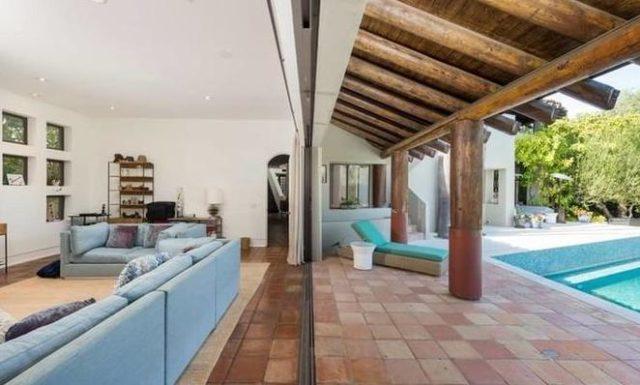 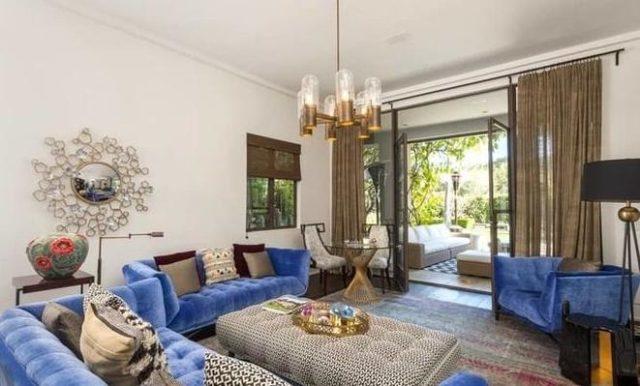 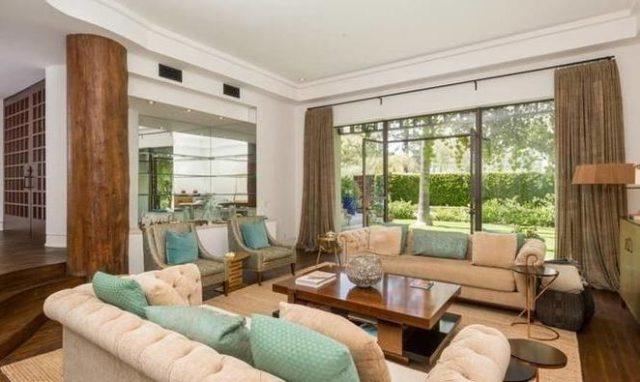 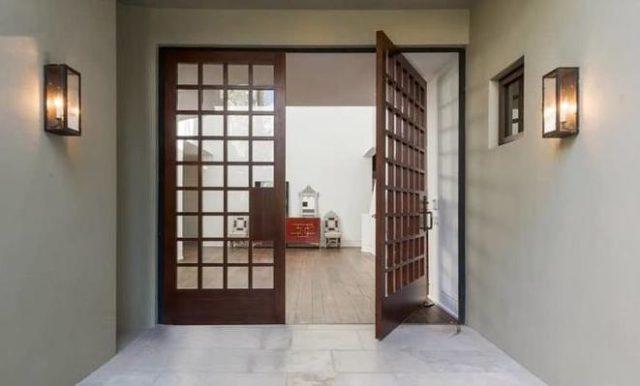 Perhaps the room with the safest design is the kitchen, with its array of high-end stainless appliances, off-white cabinetry and butcher block countertops. An enormous stainless steel pot rack suspended over the center island is possibly the one stylistic misstep.

All five of the home’s bedrooms are ensuite, and the upstairs master includes two enormous terraces overlooking the lush backyard. Stairs lead down to the expansive lawn, pool, outdoor lounge and sports court.

While it’s not clear if Princess Maha plans a residential upgrade or is leaving L.A. altogether, her main residence remains a 25,000-square-foot palace in her hometown of Riyadh, which she shares with her husband, five daughters and retinue of staff members. The 25-bedroom mega-mansion was recently featured in Vogue Arabia and worked over by L.A.-based Jensen, the same designer responsible for Her Royal Highness’ Mulholland Estates vacation digs.

The property is listed by Dena Luciano  of Douglas Elliman . 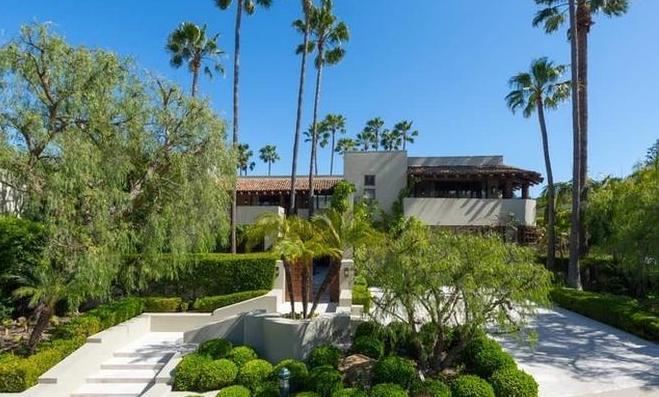