LOS ANGELES (Variety.com) – 21 Savage may not have been able to attend the Grammys, but his absence was still on the minds of his colleagues and fellow nominees.

The two time Grammy nominated rapper made headlines after he was arrested by U.S. Immigration and Customs Enforcement in Atlanta for allegedly overstaying his visa. According to an ICE spokesperson, the rapper, whose real name is Sha Yaa Bin Abraham-Joseph, legally entered the U.S. in July 2005 on a visa that expired a year later. He is currently still in detention.

Back in Los Angeles, several performers expressed their upset over the arrest.

Post Malone, who performed his collaboration with “Rockstar” at the award show, didn’t address the controversy outright or on stage. However an image of Malone in a 21 Savage t-shirt was released to the media shortly after his presentation.

Prior to the show, Malone has been a vocal supporter of 21 Savage, even advertising a petition for his release on Instagram.

Joining Malone in support of 21 Savage was “This is America” producer Ludwig Göransson. During his acceptance speech for record of the year, Göransson thanked a number of people in the industry including 21 Savage, saying that he “should be here right now.”

Best new artist winner Dua Lipa also took the time to comment on the arrest. “It’s quite upsetting given that he hasn’t actually done anything and he’s also given so much to American culture even being a Brit,” Lipa said backstage.

Additionally, a number of 21 Savage fans were also out in force in front of the Staples Center, protesting the arrest with signs reading “Free 21 Savage.” 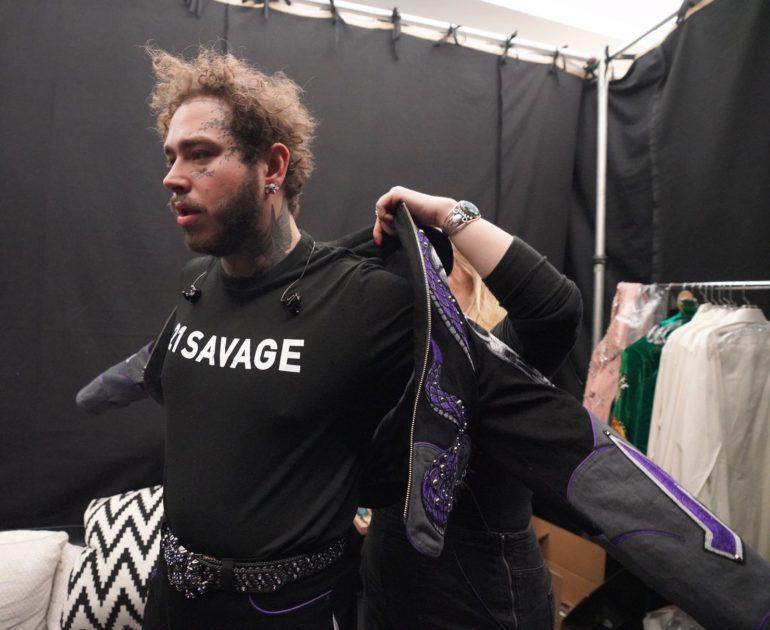