Paul Rudd Weighs in on That Insane Ant-Man/Thanos Theory

LOS ANGELES (Variety.com) – Fans have been hatching theories on how the Marvel heroes could defeat Thanos in “Avengers: Endgame” since “Infinity War” hit theaters last year, but one of the weirder ideas involving Ant-Man is a little more, well, inspired.

In short, the theory is that Ant-Man, played by Paul Rudd, could shrink down and fly up Thanos’ butt, then expand to a larger size to blow up the villain from the inside.

“It seems a little far-fetched to me,” Rudd told Variety‘s Marc Malkin in the third episode of Variety and iHeartMedia’s new film podcast, “The Big Ticket.”

Rudd said he first heard about the theory at last year’s “Ant-Man and the Wasp” press junket, but didn’t give much insight to whether the fan theory holds water.

“Let’s go try to bring Josh Brolin in here, see what he thinks about it,” he said.

Well, Variety did just that. A few days later, at the “” world premiere in Los Angeles, Malkin asked Brolin if his character Thanos even had a butt that could be vulnerable to a deadly attack.

“That’s a purple peach if I’ve ever seen one, that’s a beautiful, purple peach,” he said.

Butts aside, Pudd also talked about joining the Marvel Cinematic Universe as one of the new guys.

“When I started off in this business, in the early 1940s, they weren’t really making a ton of superhero movies. It wasn’t a genre that was as popular then as it is now,” he joked.

He compared joining the mega-hit MCU to coming on board “Friends” in the second-to-last season.

“It’s the only thing that I could even compare it to a little bit, in that it’s an established group, and one that is recognized worldwide,” he said. “I have had the same feeling of showing up a little bit late and just not wanting to get in the way and looking around in a mild state of shock.”

Starting on May 2, a new episode of ” ” will be released every Thursday on iHeartRadio or wherever your favorite podcasts are found.

Listen to the new episode here: 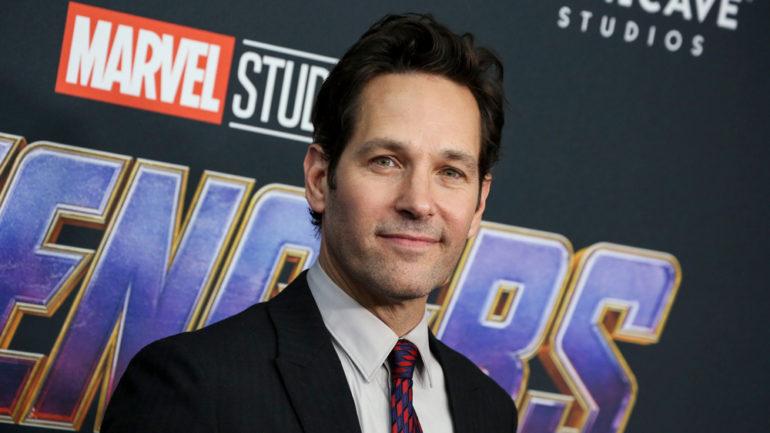