LOS ANGELES (Variety.com) – David Sameth has been pushed out as part of a marketing shake-up at Paramount Pictures, sources tell Variety. Marc Weinstock, the former president of Annapurna, is in negotiations to join the studio in an unspecified role that will likely include overseeing parts of the marketing team, but could include other responsibilities. No deal is in place.

Sameth joined the studio just over a year ago after a stint as executive VP and head of theatrical marketing for Disney Animation Studios and Pixar. Sources say Sameth had alienated some staffers with his management style and had disappointed Paramount chief Jim Gianopulos with his campaigns for the Mark Wahlberg comedy “Instant Family” and J.J. Abrams’ thriller “Overlord.”

Paramount’s upcoming releases include a remake of “Pet Sematary,” the Elton John biopic “Rocketman,” and “Gemini Man,” a thriller the teams director Ang Lee with Will Smith. This fall, they will also launch the Blake Lively action franchise hopeful “Rhythm Section.”

Weinstock joined Annapurna in 2016. He previously served as president of domestic marketing at Fox, working for Gianopulos who was head of the studio for over a decade before joining Paramount in 2017.  Weinstock joined Fox in 2014 after leaving Sony Pictures. At Paramount, he may share certain management responsibilities with other executives.

While at Fox, Weinstock oversaw campaigns for “X-Men: Days of Future Past,” “The Fault in Our Stars,” “The Maze Runner,” “Kingsman: The Secret Service,” “The Peanuts Movie,” “The Martian,” “The Revenant,” and “Trolls.” 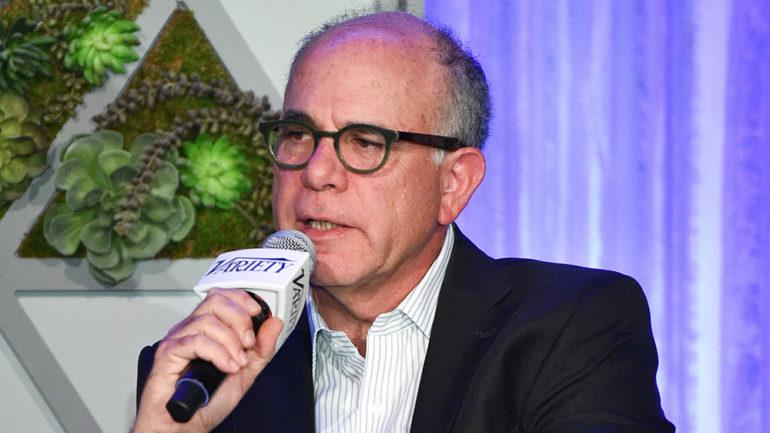