LOS ANGELES (Variety.com) – Bob Iger may not be running for president, but the Disney boss appears to have major support in Hollywood should he decide to join the race.

“Mr. Iger is everything you could want in a leader,” Jennifer Garner told Variety Wednesday at the Save the Children Centennial Celebration: Once in a Lifetime gala in Los Angeles. “I dare to say he is presidential. He’s dignified, he’s a risk-taker, he is down to earth, he is wise, and he has integrity. I would hand him any job I possibly could.”

When asked if she would hand Iger the Democratic presidential nomination, Garner, a Save the Children trustee and host of the celebration, responded with a laugh, “Is it too late?”

Iger was honored at the gala with the Centennial Award, presented by Oprah Winfrey.

“I’ll tell you the truth, this is not really where I intended to be tonight,” Winfrey said. “I was hoping that by this time in early fall, I would be knocking on doors in Des Moines, wearing an ‘Iger 2020’ t-shirt. Because I really do believe that ’s guidance and decency is exactly what the country needs right now.”

She continued, “But since my canvassing Iger strategy doesn’t seem to be in the cards, I’m happy to be here with all of you to honor a man who has devoted himself to actually lifting the spirits of children all over the world. Kids have always been at the heart of Disney’s philanthropic efforts, so what better organization for Bob to join forces with than one that shares Disney’s values so perfectly like Save the Children.”

Iger, who recently revealed that he’s had conversations with former President Barack Obama and his family about a potential run, joked upon taking the stage, “Oprah, I am reminded of something that Ronald Reagan said to Jimmy Carter in the 1980 presidential debate, ‘There you go again.’ Please, I am not about to become the 25th or the 30th person seeking the presidency in 2020.

“I certainly hope that whoever runs — and whoever wins — makes the safety and well-being of children their number one priority,” Iger said. “As I think you would expect as the CEO of Disney, exuding optimism is a real priority. But let’s face it, the world around us is becoming increasingly hostile and more dangerous to children. Rampant gun violence, regional wars, terrorism, unchecked climate change, growing intolerance, economic instability and so many other threats including ugly and abhorrent politics and short-sighted policies that are mortgaging the future of our world.

He went on,” I believe that profound change is needed to ensure that every child has the support they need to thrive and to rise and to become everything that God meant them to be, regardless of background, regardless of ethnicity, geography or circumstance.”

Iger, who spearheaded a partnership between Save the Children and the Walt Disney Company to fund relief efforts in disaster-stricken communities, concluded the evening by asking the assembled crowd to lend their support.

“The mission of Save the Children is more critical than ever but we also know that we can’t do it alone,” Iger said. “We all have a responsibility to be part of the solution as individuals and leaders and corporations with the reach and the resources to make a big difference. So that’s the message that I think we all should take home with us tonight.” 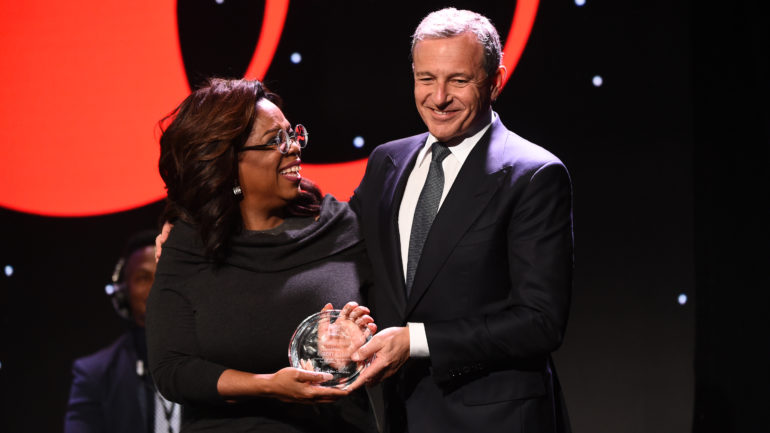