Nobody Knows How ‘The Bachelor’ Finale Ends — Not Even Peter

LOS ANGELES (Variety.com) – “The Bachelor” finale airs next week, but nobody knows how the season will end — not even himself, Peter Weber.

“I think there is probably one of two things that potentially can happen. I know the possibilities, but I don’t know the outcome,” ABC executive Rob Mills, the network’s head of reality TV programming, tells Variety.

“You really have to watch it live because there’s no way to find out what is going to unfold unless you watch it,” Mills adds. “Nobody knows — not even Peter.”

The season wrapped filming in November 2019, but like many recent seasons, the drama continued to unfold after the cameras stopped rolling.

“It’s going to be pretty unresolved,” Mills says about the two-part finale. “A lot of stuff went down since November when we finished filming, and even now, still up to the minute, it will be live on the show. Honestly.”

“Things keep unfolding in real time after filming stops,” Mills says, referring to recent seasons, starring Bachelors  Arie Luyendyk Jr. and Colton Underwood and Bachelorette  Hannah Brown , that ended with either a broken engagement or the star changing their mind about who they proposed to on the show after filming wrapped. To capture the progression of the relationships, ABC has had cameras follow the couples longer than they typically would in the period between the finale taping and the finale airing.

Throughout the season, ABC has teased a highly emotional moment where Weber’s mom, crying hysterically, pleads to her son, “Bring her home to us.”

During the finale, viewers will eventually find out which woman Weber’s mom is referring to, but Mills says it will come as a surprise.

“I would say it’s probably not who people think,” he teases. “People will probably be surprised when they see who she’s talking about.”

Weber is particularly close with his family and their input heavily weighs on his decision, Mills explains.

“He lives with his family, so you’ll see family dynamics like we’ve really never seen in a finale,” he says. “The meet-the-parents stuff is very real and very different. It’s all really riveting, and watching it through that lens, you really see how it informs Peter’s decision.”

Per usual, the rumor mill has been overflowing throughout this season of “The Bachelor,” with blogs and tabloids speculating on various outcomes. One report suggested Weber ends up with one of his producers.

“I can’t really comment,” Mills says about the producer rumor. “He is very, very close to her. She’s the producer who is sort of his day-to-day producer, so she’s there with him, and she knows Peter very well and knows his family very well.” Mills adds, “They’re all very fond of her. That is all I will say.”

The only thing the ABC executive will say with certainty about the finale is, “You should take the ride. It’s pretty insane.” 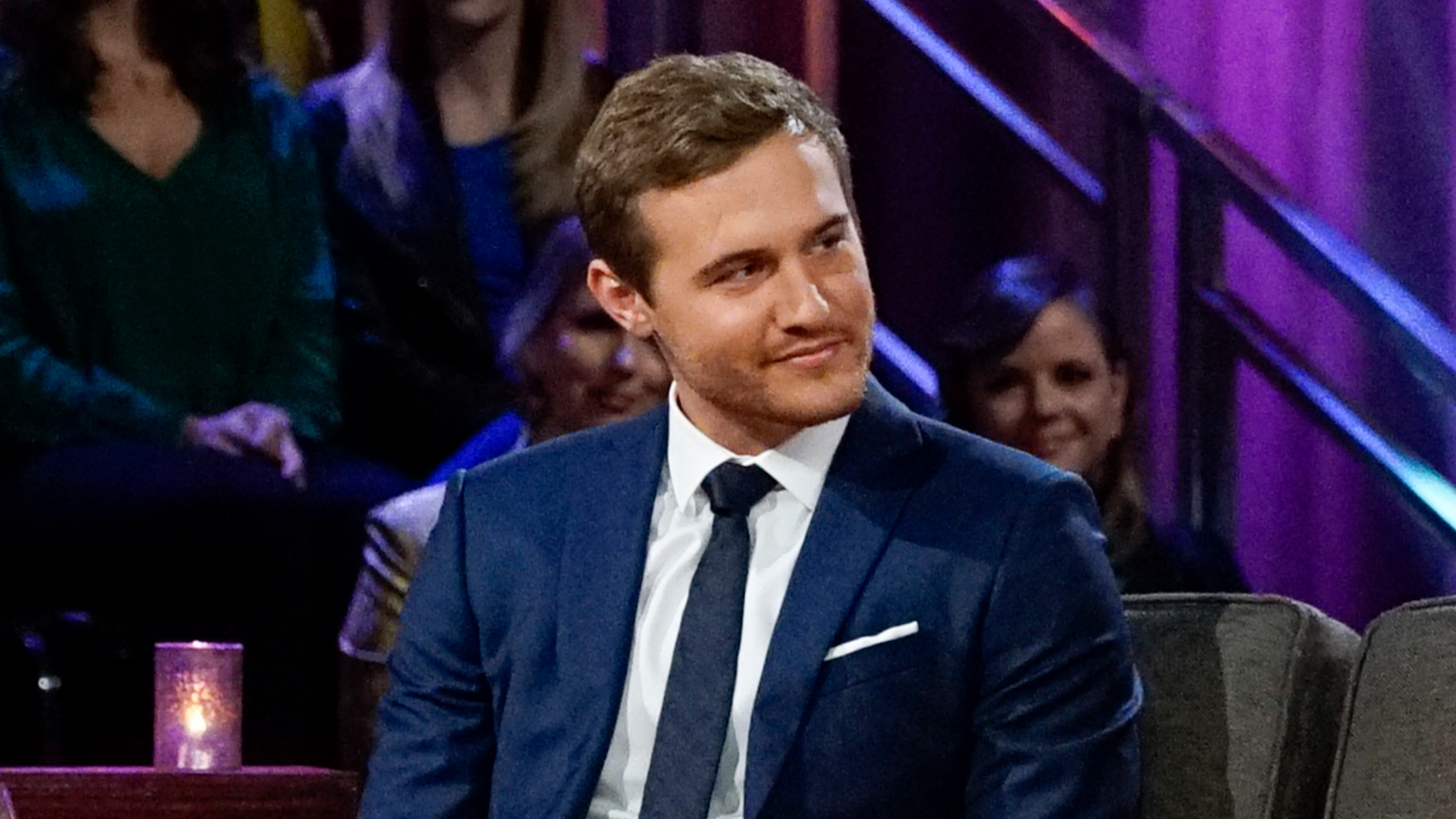