LOS ANGELES (Variety.com) – After just three months on the open market, designer/decorators and veteran TV personalities Nate Berkus and Jeremiah Brent, married co-hosts of TLC’s “Nate & Jeremiah by Design,” have sold a stately spread in the posh heart of L.A.’s historic and historically wealthy Hancock Park neighborhood for a smidgen less than $11.35 million. While an unattainably high number for even the average millionaire, the sale price is notably nearly $2.5 million under the in-hindsight pie-in-the-sky original asking price of close to $13.8 million , yet still more than $3.1 million above the $8.185 million the telegenic style mavens paid sitcom super-producer Marta Kauffman in an off-market deal in late 2016.

Built in 1928 and featured in the December 2017 issue of Architectural Digest , the dignified Italianate villa presides over nearly three-quarters of an acre chock-a-block with specimen trees and tropical palms with a total of six bedrooms and five full and two half bathrooms in 8,477 square feet. 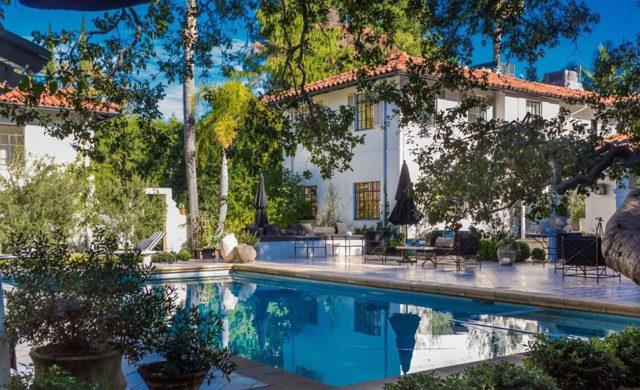 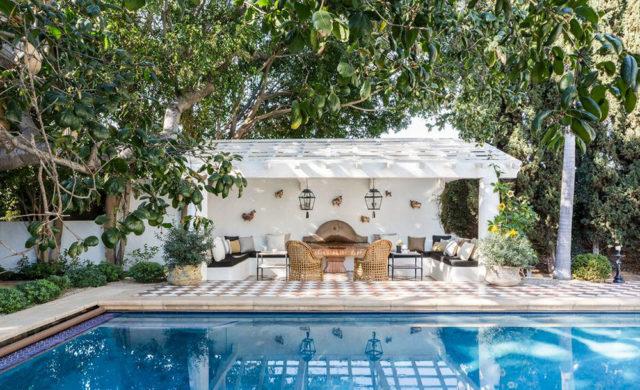 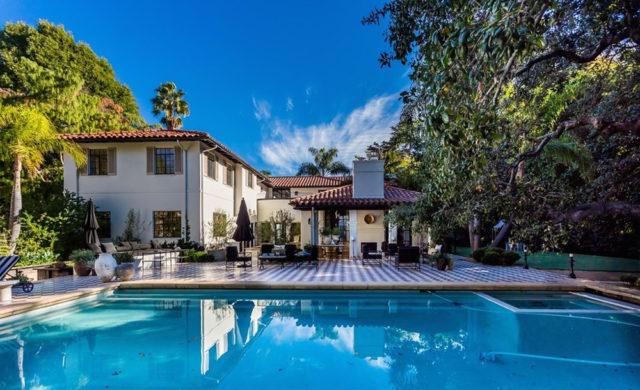 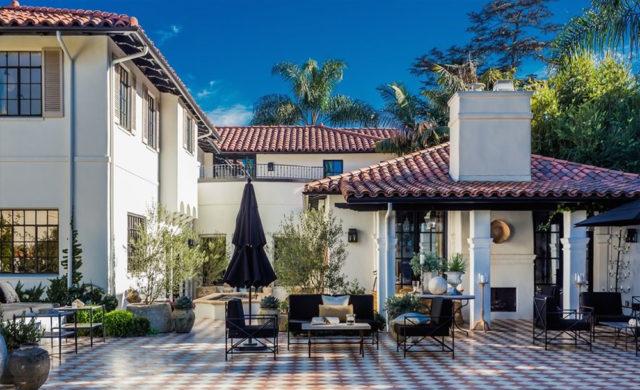 Impeccably restored to maintain architectural grandeur and integrity and expensively updated to integrate modern-day creature comforts such as state of the art home automation and security systems, a backup generator and a grey water recycling system, the mansion’s double-height foyer has 17th-century marble floor tiles and gives way to ample, wood-floored formal living and dining rooms, the former with a fireplace between gigantic arched windows and the latter with a baronial, intricately detailed plaster ceiling treatment. There’s also a paneled library, a second dining room for less formal occasions, a high-end farmhouse-inspired kitchen fitted with a sophisticated mix of black and white marble countertops and a family room that does double duty as a screening room with black out shades. 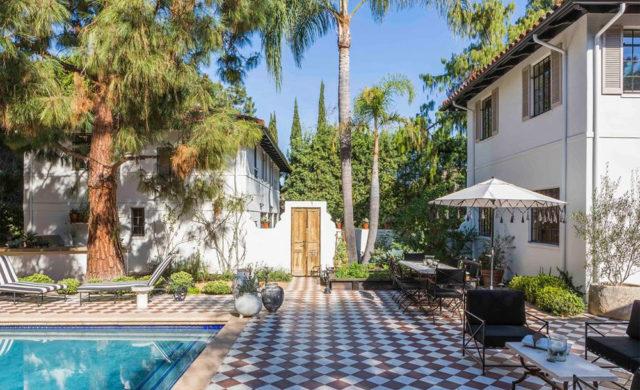 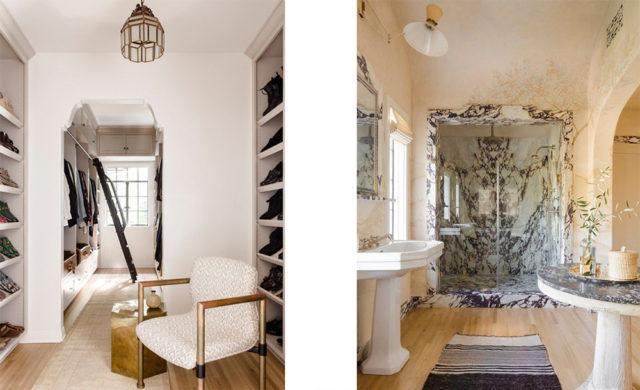 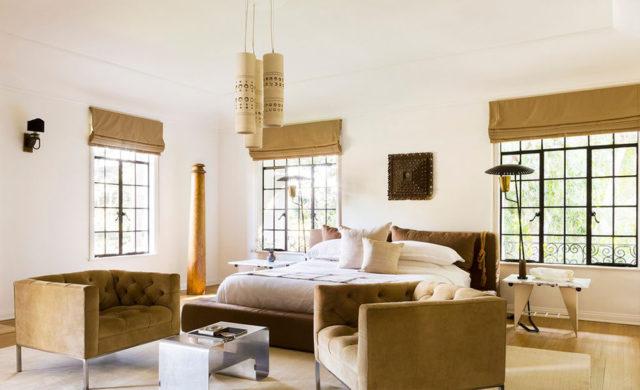 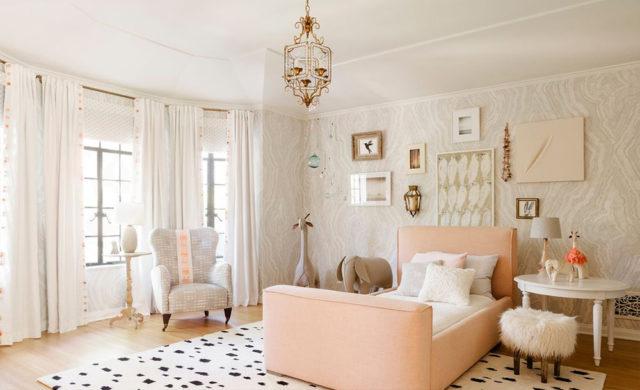 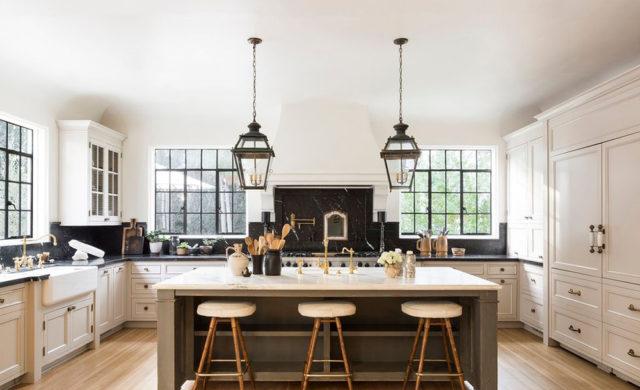 Four en suite guest bedrooms on the second floor are joined by a sumptuously outfitted master suite that opens out to a private terrace overlooking the backyard and includes a double walk-in closet/dressing room and a soignée bathroom where delicate, monochromatic landscape wall murals are authoritatively juxtaposed against a glass-enclosed shower sheathed in muscular, bookmatched slabs of richly veined marble.

The back of the house opens to an expansively aristocratic brown and white checkerboard tiled terrace with a koi/turtle pond and an outdoor fireplace tucked into a small loggia while the serenely picturesque, sun-dappled swimming pool is surrounded by romantic gardens under a variety of mature shade trees and an open-air pavilion lined with cushioned built-in bench seating for poolside dining and lounging. A gated driveway passes under a porte-cochere as it makes its way to a compact motor court and substantial detached accessory structure that contains garage parking for three cars plus a pottery/art studio and a private suite for guests or staff. 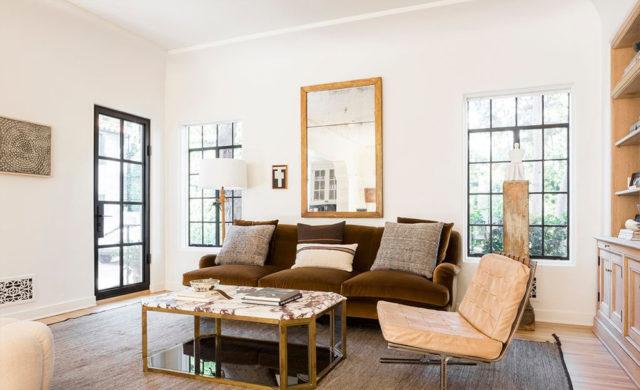 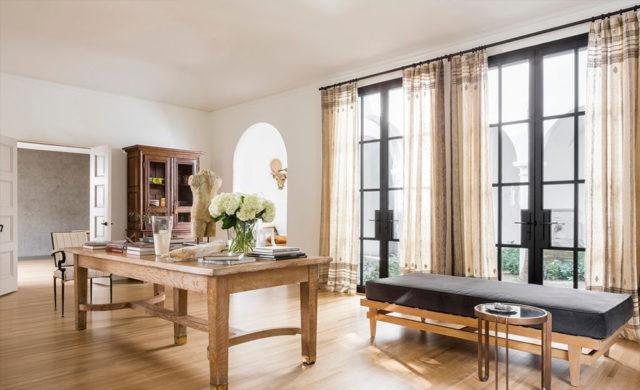 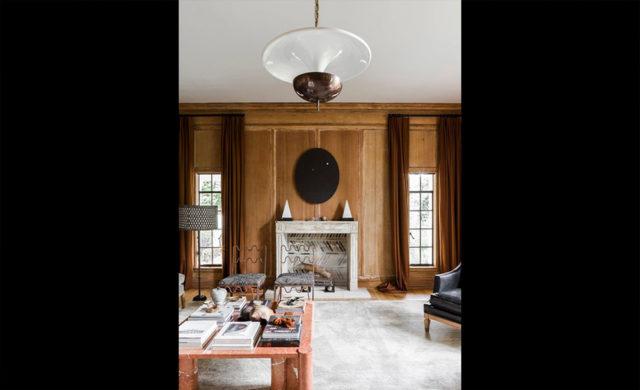 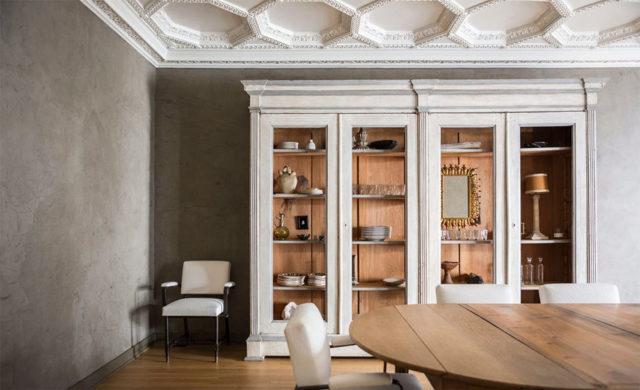 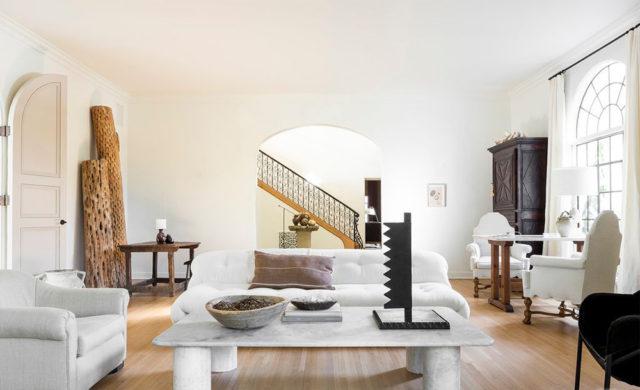 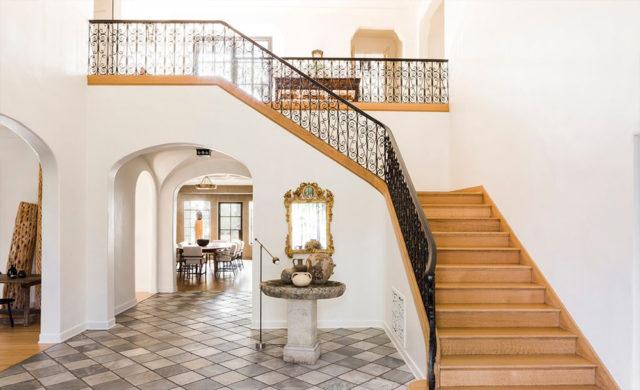 No strangers to design publications or property gossip columns, the uncommonly photogenic couple has bought, overhauled and sold a couple of notably pricey homes on both coasts. Berkus, who quickly became a household name through an endorsement by Oprah Winfrey and a long-running collaboration with Target, and Brent, whose reality TV big break came in 2011 as a design assistant on “The Rachel Zoe Project,” bought their short-lived home in Hancock Park about six months after they sold a swank duplex penthouse in a sought after building on New York City’s lower Fifth Avenue for $9.8 million — the bespoke aerie was featured in Architectural Digest in 2015 — and just a couple of months after they sold a 1920s Spanish Revival residence a stone’s throw from the Chateau Marmont Hotel above L.A.’s Sunset Strip for $2.855 million after buying it only about a year earlier for $2.36 million. 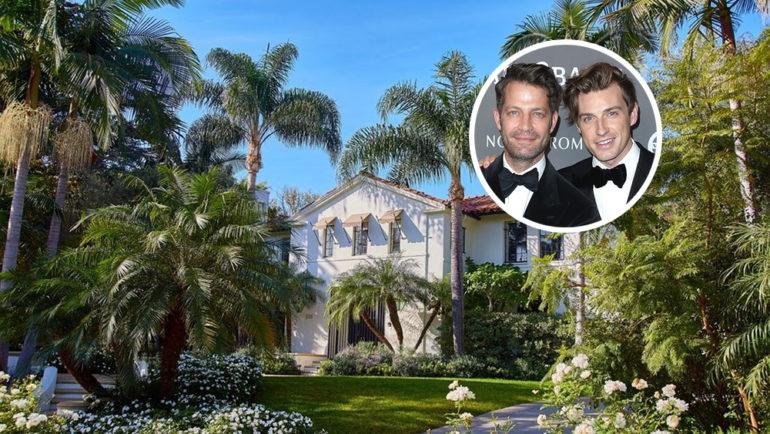