LOS ANGELES (Variety.com) – Eurofilmlaunches, a new platform that will give distributors movie release details by territory, has gone live.

Digital agency Gruvi has launched the site, which is free and allows distributors – and consumers – to search for information on new releases and track them by territory.

There is also a calendar listing the European and U.S. release dates of upcoming titles over the next 12 months.

Gruvi CEO Ben Johnson told Variety that Eurofilmlaunches has been designed as a resource for distributors negotiating an increasingly complex release landscape, and to make their lives easier in the weeks and months ahead of launching a film.

“We found that there was a lack of [release] information available in one place, meaning a lot of research was required,” he said. “When a film has done well or poorly in one territory, distributors elsewhere want to know why so they can take advantage or mitigate their risk.”

He said Eurofilmlaunches is the first in a series of tools Gruvi is planning to launch. The release information on the new service is gathered from local distributors and sites and collated centrally. Visitors can search by using the local language or English title of a film.

Distributors can highlight any amendments and corrections for their films via a form on the listings page for each title.

The database was launched in conjunction with indie distributor association Europa Distribution, which has about 130 members. Gruvi said the new platform is supported by distributors across Europe as well as further afield, including in North America and Australia. 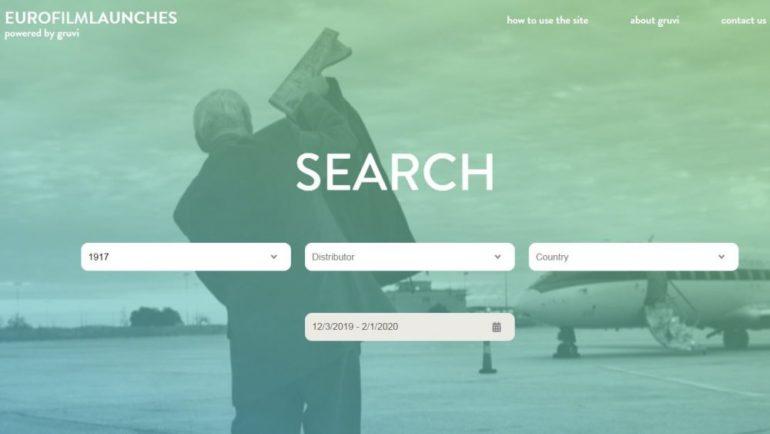