LONDON (Reuters) – Monty Python fans, sporting knotted handkerchiefs on their heads, rolled up trousers and Wellington boots, gathered in London on Saturday for a suitably silly celebration of the 50th anniversary of the comedy troupe.

The costumes matched those of the Gumbys who were characters in the “Monty Python’s Flying Circus” series that first aired on BBC television on Oct. 5, 1969.

The Gumbys were noted for their ape-like posture, habit of speaking loudly and slowly, and the catchphrase “my brain hurts”.

Organizers were hoping to set a Guinness World Record for the Largest Gathering of People Dressed as Gumbys. 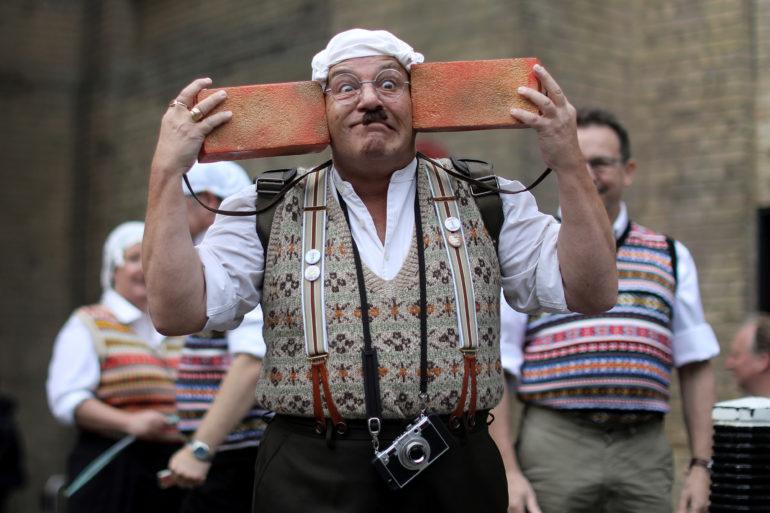 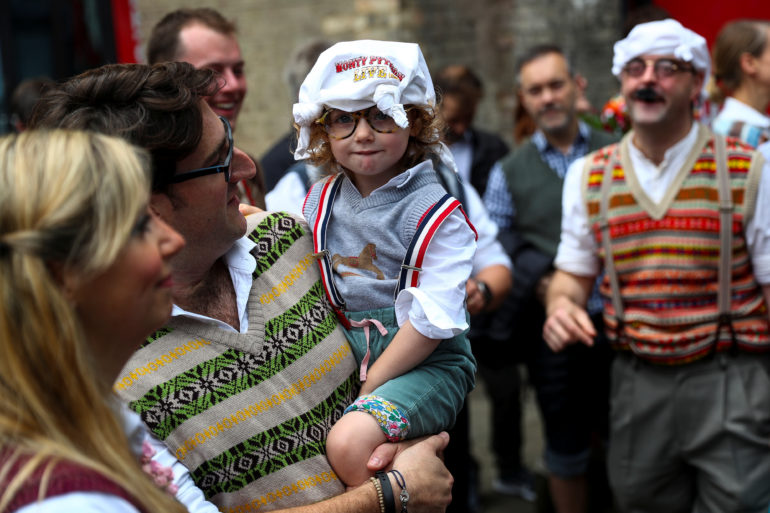 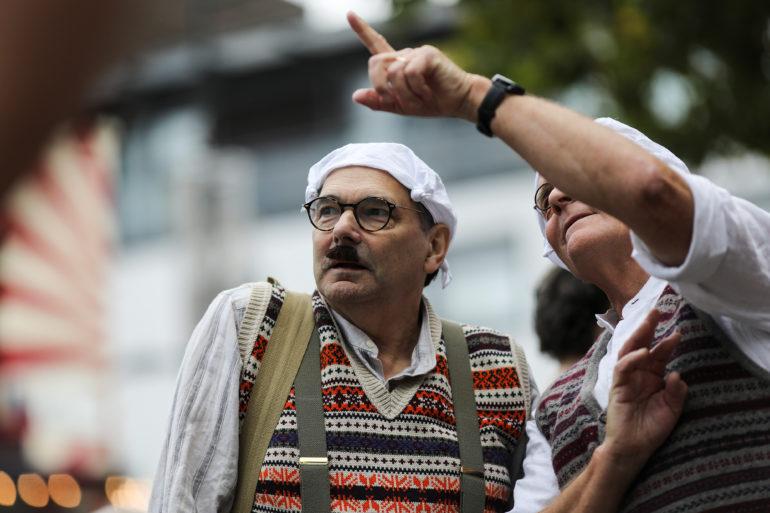 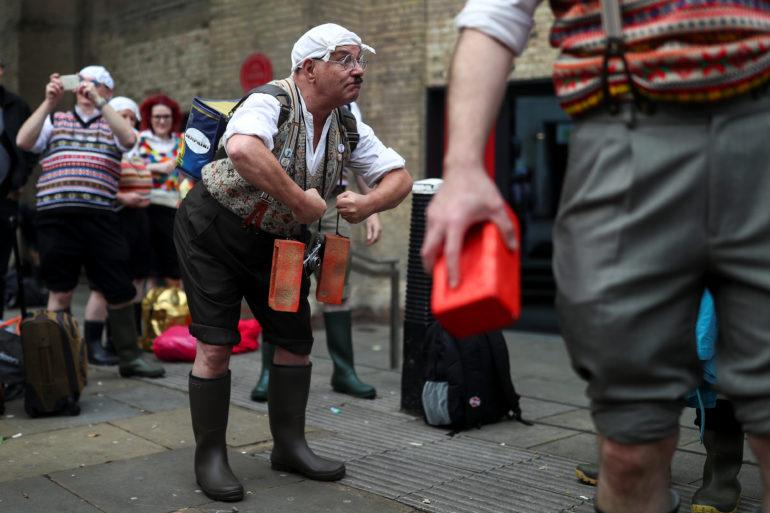 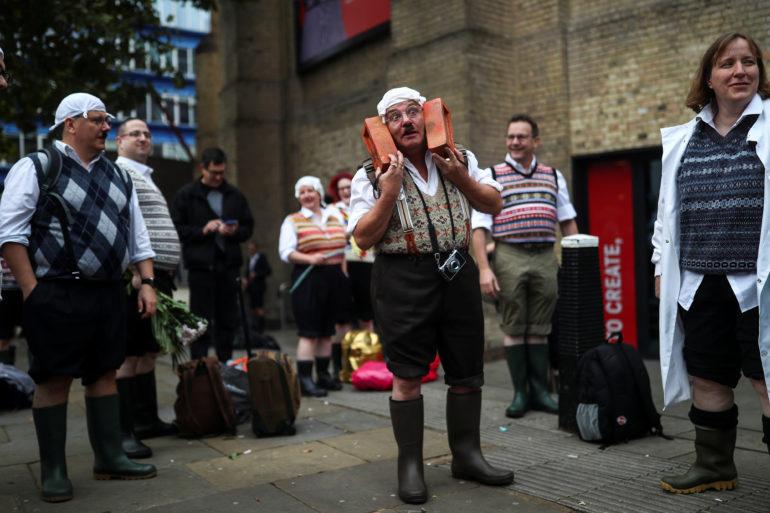 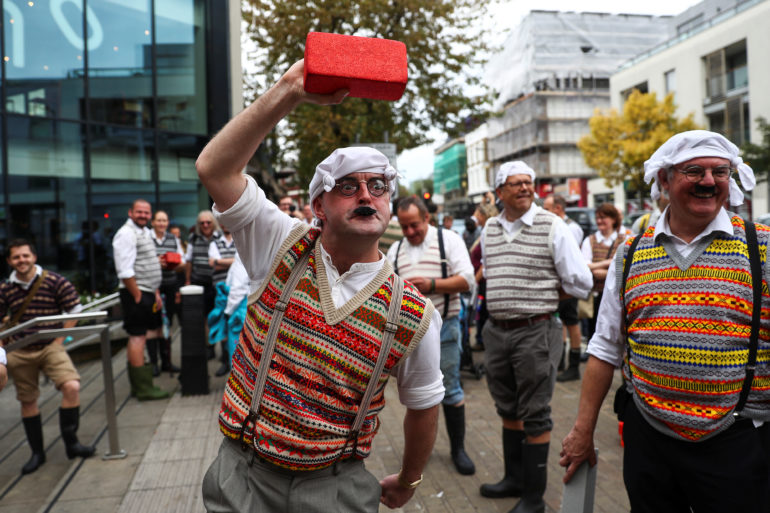 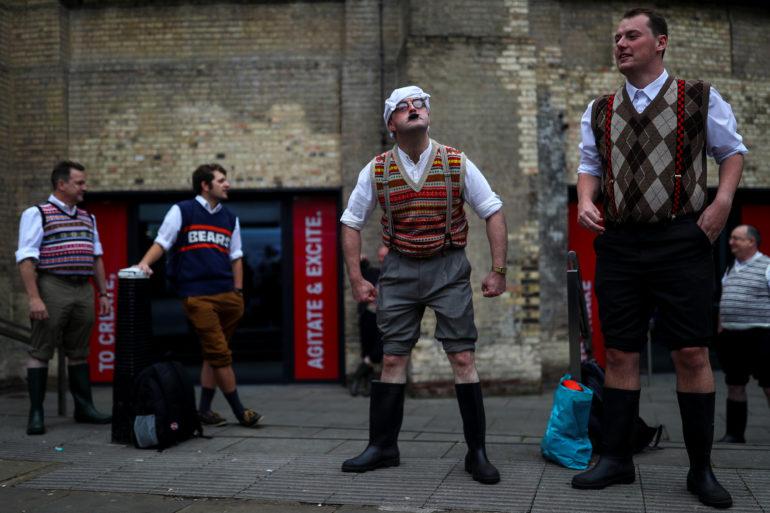 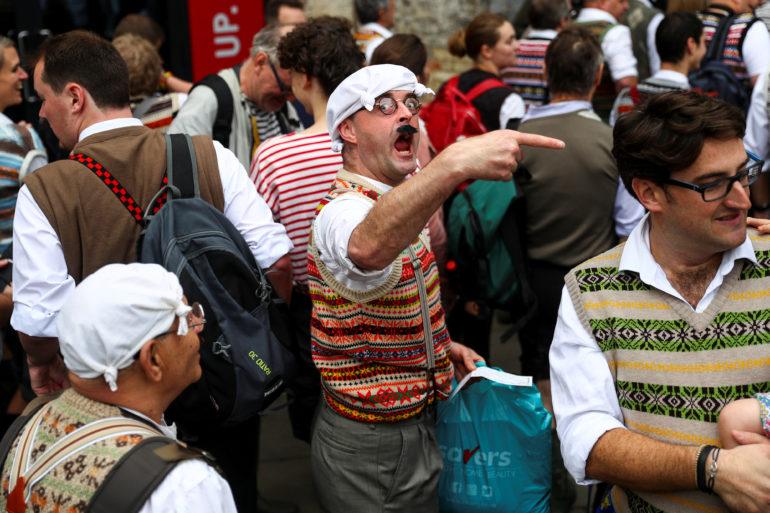 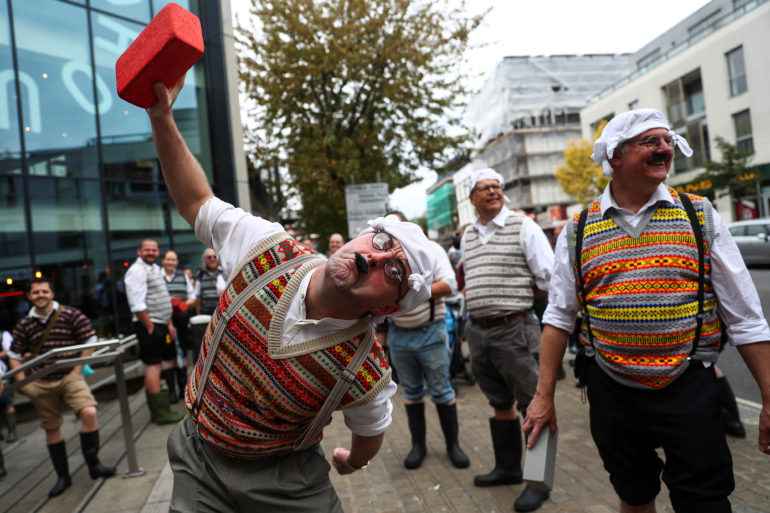 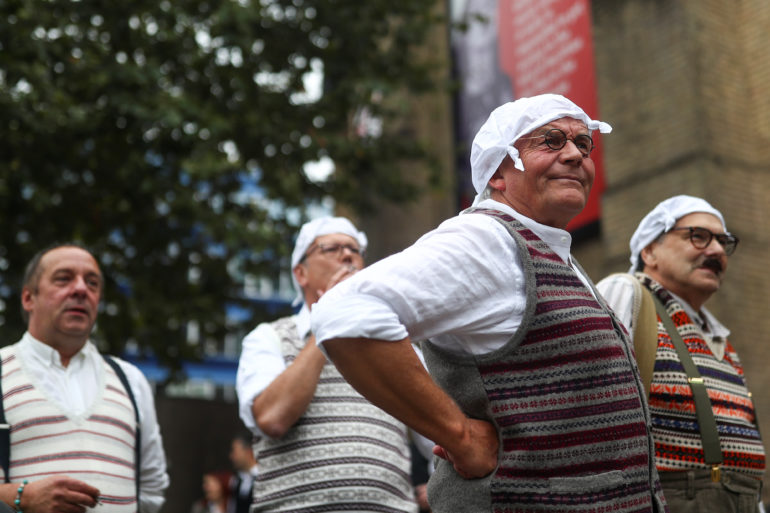