“ is undoubtedly one of the most talented and versatile actors of her generation,” TIFF co-head Joana Vicente said in a statement. “Her tremendous contribution to cinema, television, and the stage spans five decades; from her early roles in “The Deer Hunter,” “Kramer vs. Kramer,” and “Sophie’s Choice” to later films including “The Devil Wears Prada,” “The Iron Lady,” and “The Post,” she has portrayed characters that are as compelling as they are timeless. TIFF could not be more thrilled to honor such a skilled and exemplary artist.”

Streep will be presented with the award at the Tribute Gala on Sept. 9 at Fairmont Royal York.

Streep stars in Steven Soderbergh’s “The Laundromat,” which will have its North American premiere at TIFF.

As previously announced, Participant Media will receive the TIFF Impact Award at the gala. The recipient of the inaugural Mary Pickford Award, honoring a female emerging talent in the industry, will be announced at a later date.

In addition to “The Laundromat,” this year’s lineup also includes “Joker” starring Joaquin Phoenix, Jennifer Lopez in “Hustlers,” as well as “A Beautiful Day in the Neighborhood,” a Mr. Rogers biopic starring Tom Hanks as the legendary children’s television host.

Also on the awards buzzy bill are Cynthia Erivo as Harriet Tubman in Kasi Lemmon’s “Harriett” and Cannes favorites “Pain and Glory,” Bong Joon-ho’s “Parasite” and Robert Pattinson and Willam Dafoe in Robert Eggers’ “The Lighthouse.”

The opening night film is the documentary “Once Were Brothers: Robbie Robertson and The Band.”

Additional selections will be announced in the coming weeks. 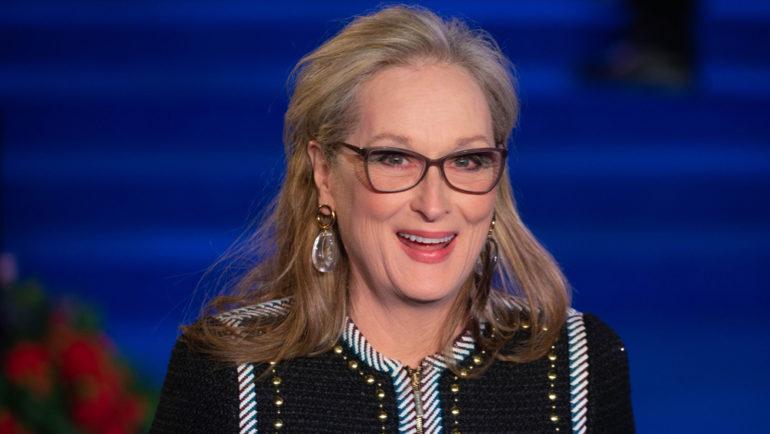