LOS ANGELES (Variety.com) – UPDATED: First Lady Melania Trump wore a military jacket with the words “I really don’t care, do u?” while she boarded a plane to visit a detention center for immigrant children in Texas on Thursday.

The jacket — which was previously sold for $39 at Zara, but is currently sold out, according to Marie Claire — can be seen in several photos, and was confirmed by her spokesperson in a statement, who tried to quell the rising social media backlash.

“It’s a jacket,” FLOTUS spokesperson Stephanie Grisham said. “There was no hidden message. After today’s important visit to Texas, I hope this isn’t what the media is going to choose to focus on.”

In a later tweet , Grisham added, “Today’s visit w the children in Texas impacted @flotus greatly. If media would spend their time & energy on her actions & efforts to help kids – rather than speculate & focus on her wardrobe – we could get so much accomplished on behalf of children. #SheCares #ItsJustAJacket”

According to the Daily Mail , she wore the jacket when she boarded the plane at Andrews Air Force Base in Maryland, and had changed her outfit before she disembarked in Texas.

The First Lady wore the same jacket even after media curiosity erupted over her fashion choice. She was wearing it as she got off the plane after landing at Andrews Air Force Base on Thursday.

During her previously unannounced trip to Texas, Trump first went to the Upbring New Hope Children’s Center in McAllen, Texas, and spoke with the facility’s staff.

This latest controversy comes as the Trump administration continues to see massive protests against its practice of detaining immigrants and separating families at the border. On Wednesday, President Donald Trump signed an executive order to keep families together at the border. However, it’s been criticized for doing little for families that have already been separated.

Donald Trump responded to the backlash against the jacket later on Thursday, writing, “‘I REALLY DON’T CARE, DO U?’ written on the back of Melania’s jacket, refers to the Fake News Media. Melania has learned how dishonest they are, and she truly no longer cares!” 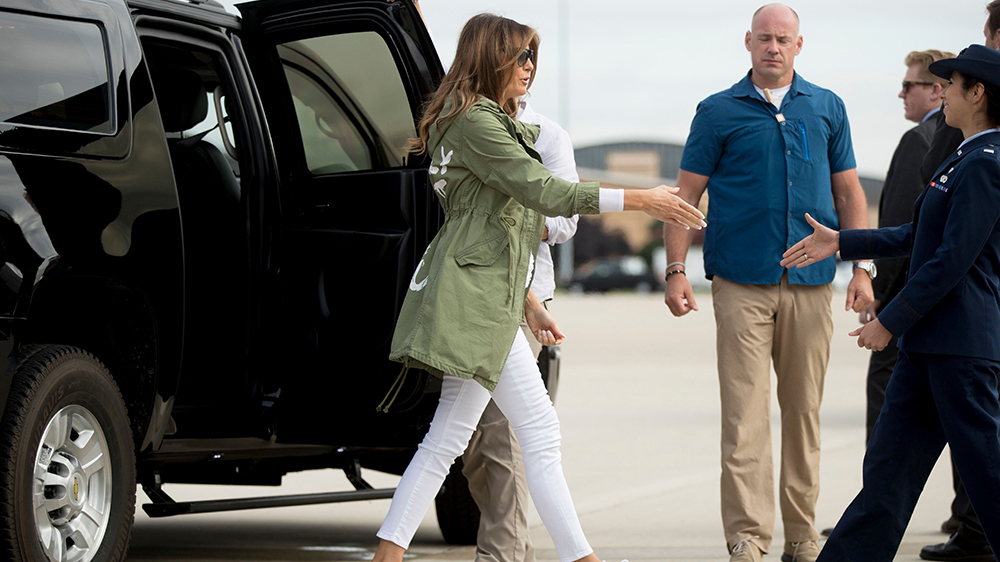 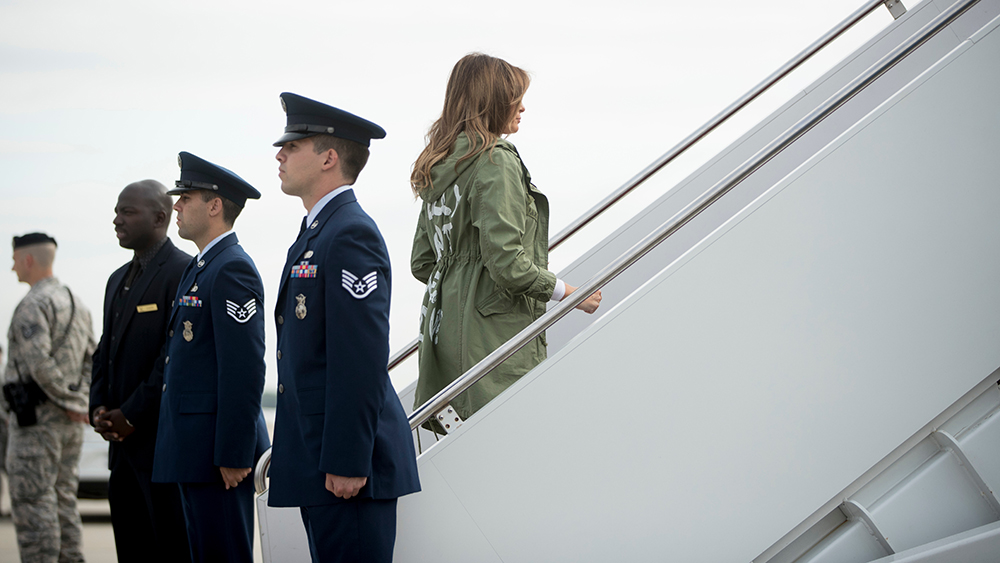 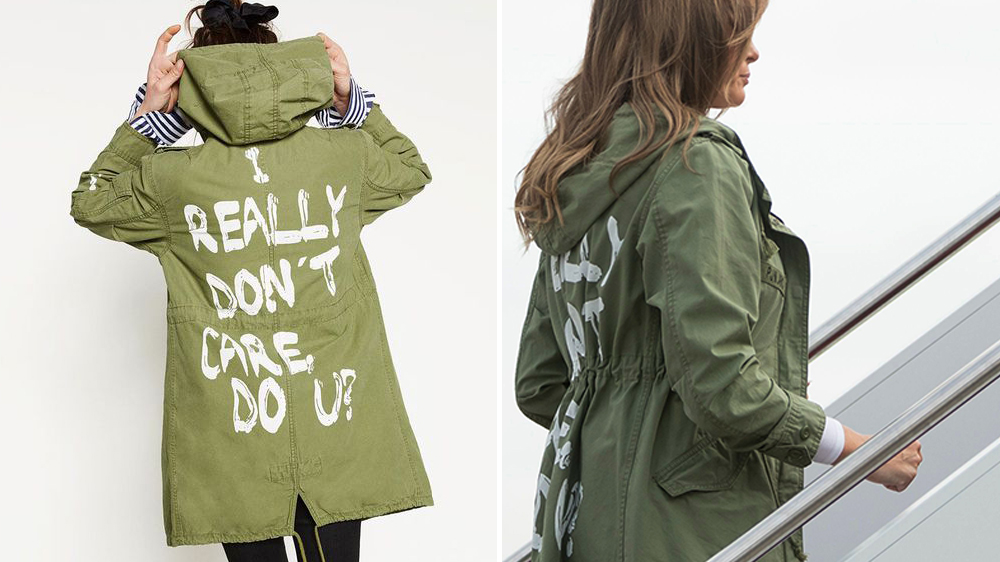