Meghan Markle on Media Scrutiny During Pregnancy: ‘Not Many People Have Asked if I’m OK’

LOS ANGELES (Variety.com) – Meghan Markle, the Duchess of Sussex, opened up about being a newlywed and first-time mother amidst media scrutiny in an interview with “ITV News at Ten” anchor Tom Bradby. Markle, along with her husband, Prince Harry, Duke of Sussex, were interviewed for the new documentary, “Harry & Meghan: An African Journey.”

Markle, who addressed the public scrutiny for the first time, became visibly emotional when asked how she was doing.

“Any woman, especially when they’re pregnant, you’re really vulnerable, so that was made really challenging,” the duchess said. “When you have a newborn, you know. Especially as a woman, it’s a lot. You add this on top of being a new mom and trying to be a newlywed.”

Markle thanked interviewer Bradby for asking how she was, admitting, “Not many people have asked if I’m okay. But it’s a very real thing to be going through behind the scenes.”

Bradby followed up with, “It would be fair to say [you’re] not really okay? It’s really been a struggle?” Markle confirmed that it had.

A divorcee, former actress and black American, Markle faced public scrutiny long before her marriage with on May 10, 2018. Her pregnancy and the subsequent birth of Archie Harrison Mountbatten-Windsor on May 6, 2019 increased negative media coverage.

On Oct. 1, the Duke and Duchess announced that they would be taking legal action against The Mail on Sunday, sister publication to Daily Mail, for running a handwritten letter that Markle wrote to her father, Thomas Markle.

Prince Harry addressed the legal suit in a statement, explaining his “deepest fear” of history repeating itself: “I lost my mother and now I watch my wife falling victim to the same powerful forces.” The statement also said that the “painful” impact of intrusive media coverage drove the couple to legal action.

The documentary “Harry & Meghan: An African Journey” was filmed during the couple’s 10-day royal tour of Africa. It airs Oct. 23 on ABC. 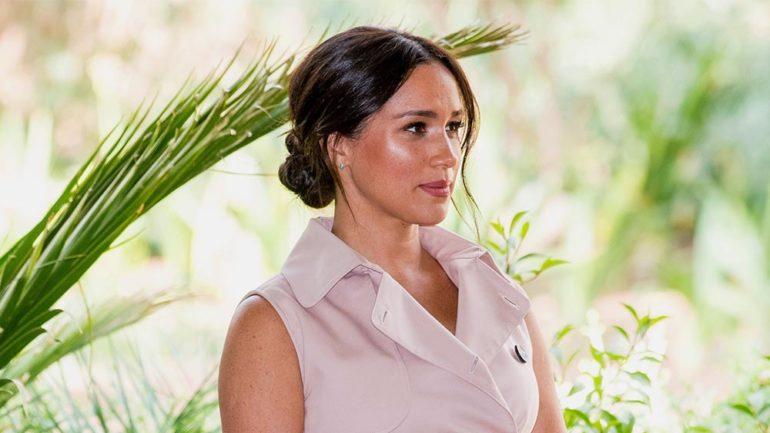