LOS ANGELES (Variety.com) – The New York City apartment where late fashion designer Kate Spade died just over a year ago has come to market at $6.35 million. Spade and husband, Andy Spade, also her business partner in the New York luxury fashion brand and its various spinoff labels, bought the eight-room Park Avenue spread 20 years ago, as noted by the Wall Street Journal , for $2.675 million. Listed with Randall Gianopulos at Sotheby’s Int’l Realty , the Park Avenue apartment looks stripped down and generically staged compared to the eclectic, family-centric home featured in GQ in 2015. 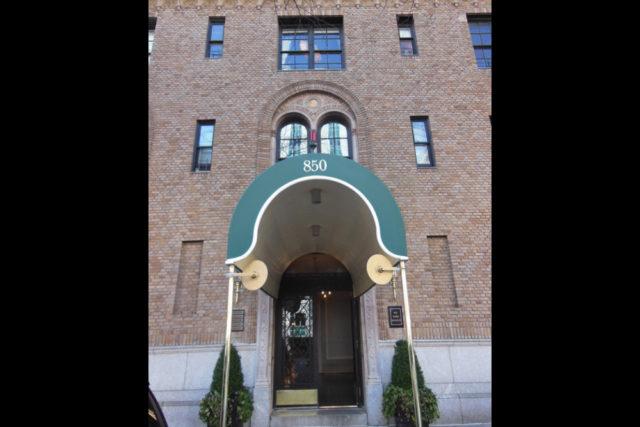 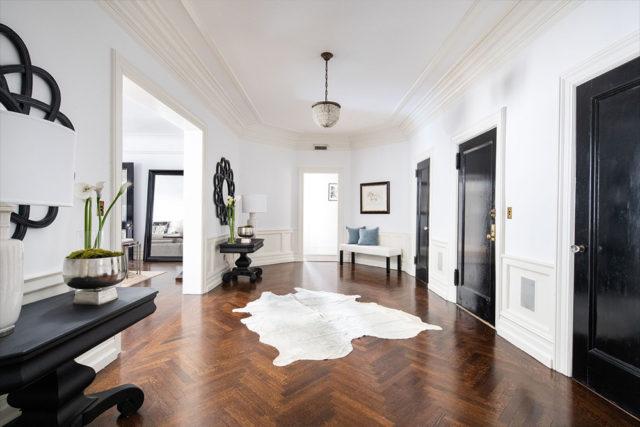 On the third floor of a dignified, full service apartment house built in 1914 and directly across from Lenox Hill Hospital, the corner apartment measures in at a bit more than 3,000 square feet with two bedrooms and 2.5 bathrooms plus a nice-to-have if grimly slim en suite staff bedroom or home office tucked behind the kitchen. There’s also an adjacent, prison cell-sized room and bathroom with separate entrance on the same floor that’s perhaps best suited as a home office, art studio or yoga retreat. Original and/or bespokely re-created traditional architectural detailing belies modern-day creature comforts that include central heat and air conditioning and an integrated sound system. 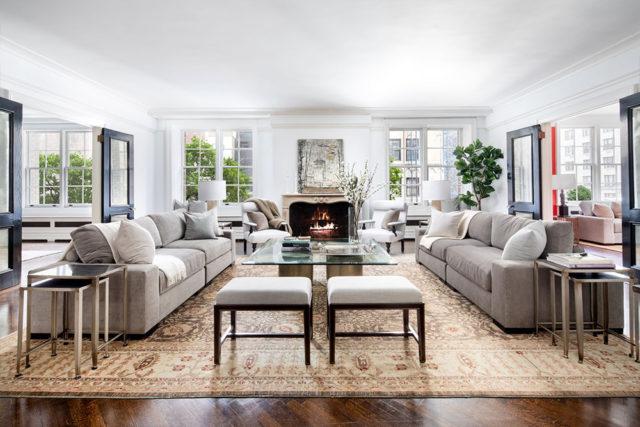 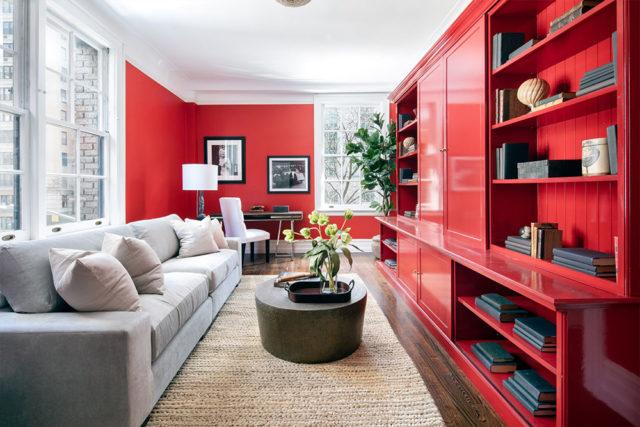 At more than 21-feet long with glass-fronted cabinets that extend to the ceiling and a gleaming stretch of stainless steel counter top, the butler’s pantry is unusually lengthy and sumptuously gussied up with a black and white marble checkerboard floor that extends into the eat-in kitchen where vintage light fixtures offset up-to-date appliances and a black and white striped banquette sits below a huge, six-over-six pane sash window. 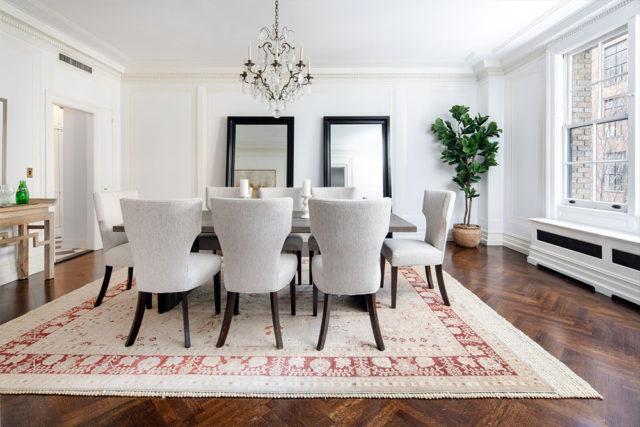 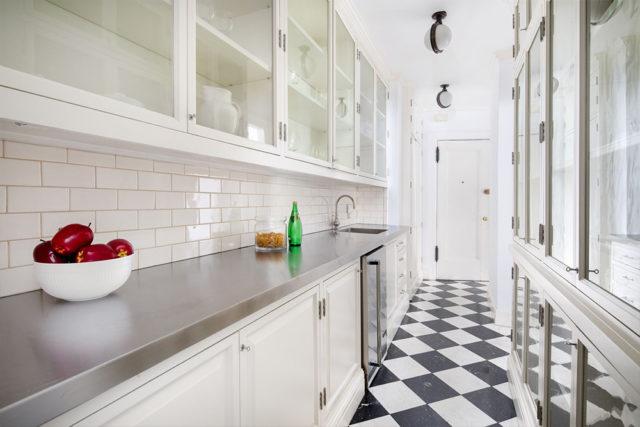 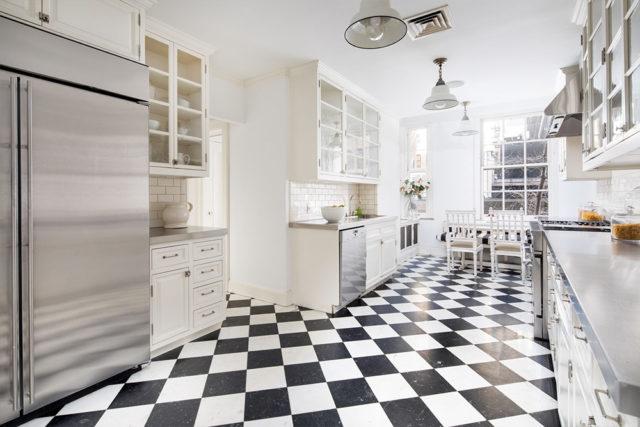 The Spades acquired the apartment right about the same time they sold a $34 million controlling interest in “Kate Spade New York” brand for to Neiman Marcus Group, to whom they sold their remaining stake in 2007 for $59.4 million. After tremendous and rapid expansion into higher end shopping districts and suburban malls around the globe, The “Kate Spade New York” brand was sold again in July 2017 for $2.4 billion to Tapestry, Inc. , the apparel and accessories company formerly known as Coach. The Spades, along with Elyce Arons, launched the Frances Valentine accessories brand in 2015 and the company is still run by Arons and Andy Spade, though he relocated to the West Coast’s Bay Area in late 2018. 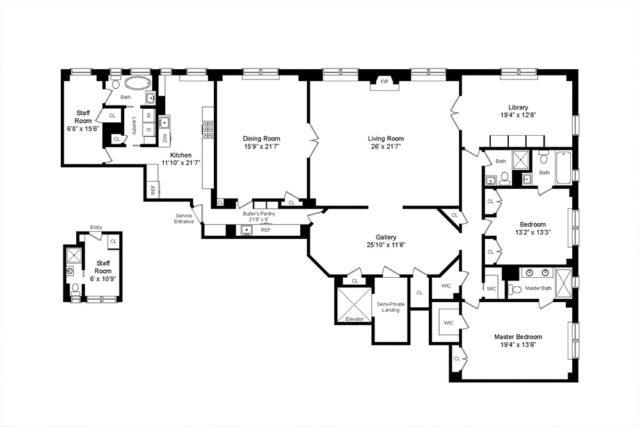 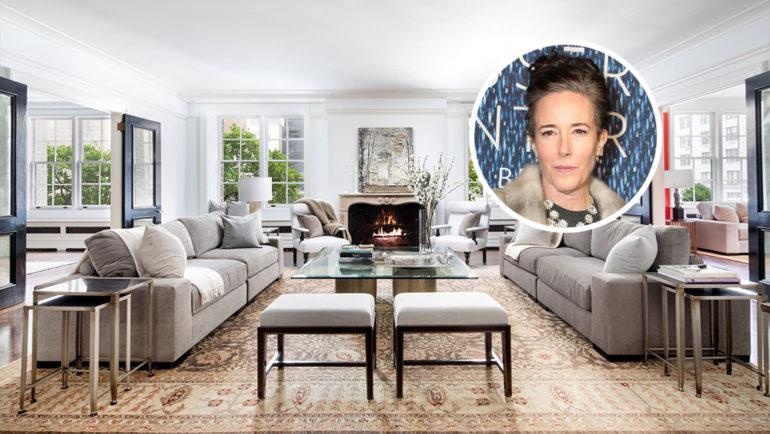