LOS ANGELES (Variety.com) – Have Madonna’s fortunes fallen so far that she’s “struggling” to fill small halls in the biggest cities in the world now? Yes, if you believe the New York Post. Naturally, her promoter begs to differ, and is differing loudly in an interview he did with Pollstar to combat the newspaper’s piece on allegedly weak ticket sales.

“’s upcoming tour tarnished by sluggish ticket sales,” read the headline on the story that appeared in the Post’s Page Six section Tuesday. “Four years ago, Madonna was selling out shows at Madison Square Garden. Now, she’s struggling to sell out the BAM opera house in Brooklyn,” contended a story pointing to “hundreds of seats still available for most gigs after more than a month on the block,” even with a tour that “will focus on small, theater-type venues that typically only have a few thousand seats each.”

Pollstar itself, the trade publication that focuses on the live music business, referred to the Post’s piece as “a poorly researched tabloid story.” The site published an interview with Arthur Fogel, Live Nation’s chairman of global music, who called the Post’s charges “absolute lies” and said of the sensationalism-inclined newspaper, “There’s something really amiss there. If you go back in history, each of her last four tours, they’ve gone on full attack mode on Madonna. … It’s astounding to me that a business writer would have no clue about our business and people keep putting out stories like this.”

But on the surface of it, the Post is not wrong that there are tickets still available for most, if not all, of Madonna’s upcoming shows in 2,000-3,000 seat halls, which would surprise the average reader. So where’s the disconnect?

Fogel tells Pollstar that the shows had mostly sold through but that additional tickets had gone on sale on Monday after the system had weeded out what the system had determined to be scalpers or scammers. The opt-in Verified Fan program, which first came to most fans’ attention via its use on last year’s Taylor Swift stadium tour, helped keep these newly available tickets out of illegitimate hands, Fogel contended.

“With Verified Fan,” Fogel said, “we get all these registrants and at the end of registration period, you do a cleanse because you have algorithms to get rid of duplicate credit cards, people trying to scam blocks of tickets and all that sort of stuff. After all the (legitimate) registrants were satisfied with tickets, we had a few thousand tickets left so we put them on sale Monday morning.”

Fogel responded in particular to the Post’s reporting on sales for Madonna’s 17-night stand at the BAM Howard Gilman Opera House in Brooklyn. “Look I’ve been doing this for a long time, pretty successfully,” the Live Nation exec told Pollstar. “So I started with seven shows [at BAM] and then I announced another five, so I’m at 12. Then, I announced another five and I’m at 17. Now, is there some business model that says you add shows when you’re failing? Because if there is, I’ve never seen it. I’ve gone backwards in my career but I’ve never added shows because they’re not selling.”

The Post cited specific numbers for the last of those 17 shows that sounded dire: “An interactive seat map that went live on Ticketmaster’s website this week shows that hundreds of seats are still available for each gig. For an Oct. 7 concert at the 2,100-seat BAM Howard Gilman Opera House — the last night of a 17-night stand that’s slated for Brooklyn — more than half of its $357 mezzanine seats were unsold as of Tuesday afternoon, according to Ticketmaster’s map. Prime seats directly in front of the stage in the orchestra, also priced at $357, were still available by the dozens. Meanwhile, only half of the $257 balcony seats were taken…”

As of Thursday afternoon, when Variety looks at that map for the night the Post cited, there are no $257 balcony seats, only $357 seats … so that part may have been a typo on Page Six’s part. As for the  floor, there are a few, in the very back rows, at the $357 figure the Post sites, but these are hardly “prime seats directly in front of the stage.” The seats still on sale that fill that description in the Post are in the $750-$1,350 range. Whether they haven’t been snatched up yet because they were just put on sale Monday or, well, because they’re in the $750-$1,350 range is difficult to say.

Needless to say, perhaps, in cities where there are far fewer dates than the 17 Madonna is doing in Brooklyn, the remaining ticket selection is much more limited. At the Wiltern in L.A. on Nov. 14, for example, there are 27 seats left in the orchestra section: 17 at $995 (plus fees), six at $900 and a bargain pair off to the side in the back for $700 each.

Is a true sign of unpopularity that you can still buy a not great but pretty good ticket for Madonna for a thousand-dollars-plus? What really seems to be at the heart of this war of reporting between the Post and concert promoters — even more than the Verified Fan program — is a disagreement about, or misunderstanding of, the new pricing models that promoters are putting into play on major tours.

In this new world order, tickets for shows that are certain to sell out are priced closer to what scalpers would inevitably get for them… then lowered if they fail to sell. But if that leaves some tickets on the table longer than they would have remained there in the old days, reporters jump on it as a sign of failure.

It happened last year with the Taylor Swift stadium tour, which a few journalists pre-judged as a failure. Swift’s “Reputation” tour broke the U.S. record for biggest grossing outing ever, with $266.1 million in receipts and more than 2 million tickets sold domestically.

Yet if you look in the Post’s archives, you can find a story from May 2018 with a headline about Swift’s “ticket sales in the tank,” with the same byline as this week’s Madonna-tanking story. That piece maintained that “the lack of sellouts has some observers wondering if her popularity is waning.” Preceding that was another story, also by Richard Morgan, with a headline reading, “Taylor Swift’s ‘Reputation’ tour shaping up to be a disaster.”

So Madonna can take heart, at least: it’s nothing personal. 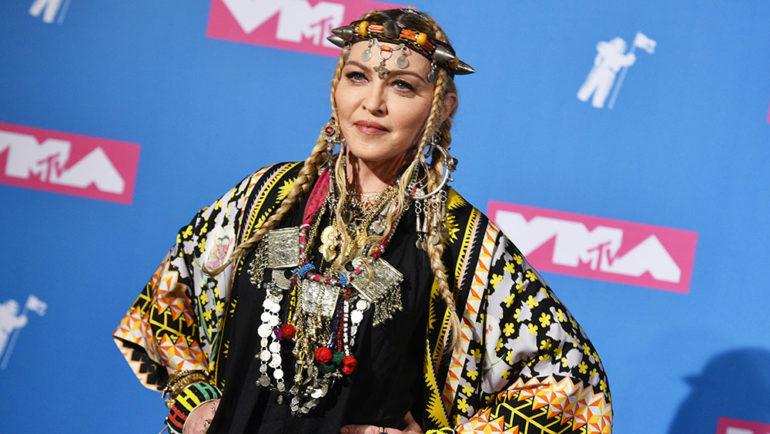