LOS ANGELES (Variety.com) – The sobering statistic that closes Rodd Rathjen’s impressive debut “Buoyancy,” recently named Australia’s submission in the Oscars’ International Feature category, informs us that currently around 200,000 boys and men are believed to be essentially enslaved to the Thai fishing industry. Many of them have, like Rathjen’s teenage lead character, been trafficked away from home, lured by the false promise of better prospects before being tricked into a hell-or-high-water servitude from which there is no escape. That number is staggering, and that Rathjen was inspired by the accounts of real-life survivors gives the film its raw authenticity, forceful pacing and moral clarity. But this macro-mosaic effect also contributes to a certain blankness in terms of the more intimate character drama that should pump blood and emotion through the film’s veins, as though .

Here, that’s 14-year-old Chakra (an impressively soulful Sarm Heng, a nonprofessional like the rest of the cast), who dreams of leaving his hardscrabble rice-farming life in rural Cambodia. The local rich girls are too snooty to give him a second look, and he chafes under the strict, industrious eye of his father (Sareoun Sopheara) whom Chakra suspects of playing favorites when it comes to doling out the day’s labor between him and his siblings. After a tongue-lashing following an altercation with his father — “Why did you have to have so many kids?” Chakra demands of him, with the withering scorn of which only a teenager is capable — he decides to run away to nearby Thailand, where he has heard that well-paying factory jobs are easy to come by. And if you don’t have the $500 it costs to be smuggled over the border, no problem, you can borrow it from your “guide” and pay him back out of your first paycheck.

After a tough journey involving scrambling over darkened desert hillsides and being hidden in a truck’s flatbed, lain end to end on top of other migrants like in a can of sardines, Chakra and his new friend Kea (Mony Ros), a family man anxious to make better money for his wife and children, arrive in Thailand. They are then loaded onto a boat which they’re initially told will bring them to their factory. But soon it becomes clear that the two of them, along with a handful of other laborers, have been bought as chattel by the captain, a smirking psycho called Rom Ran (Thanawut Kasro), who puts them to work in the backbreaking, repugnant work of trawling for fish, sorting through the stinking catch in the baking sun and packing it into barrels stored in the ship’s hold. The vessel is so far out in the Gulf of Thailand, and returns to shore so rarely (using another ship to restock supplies and offload cargo), that the ocean, usually an image of freedom and abandon, becomes a prison, with the creaking, reeking trawler as confining as a cage.

“” is not weighed down by extraneous subplots, or even much in the way of dialogue, and is aided by Michael Latham’s nervily responsive handheld camera. The film quickly gets to the grisly meat of its story: the torture, deprivation and murder that goes on during these 22-hour workdays, with the men sustained by only a bowl of rice and the constant haranguing of the gun-toting, sadistic captain. It becomes an almost forensic procedural on the mechanics of trafficking and modern slavery, and the viewer feels the full misery of the victims’ inescapable predicament. But the physical, visceral, descriptive side of the movie is only half of Rathjen’s concern: He also wants to track the disintegration of Chakra’s very humanity, to chronicle the fall from grace that even the mildest-mannered young man can experience, as hunger, abuse and pervasive violence erode any semblance of decency or morality, let alone any solidarity between the oppressed against their oppressors.

Yet despite the committed playing and the noble intentions of Rathjen’s earnest and culturally respectful screenplay, the characters cannot but feel like archetypes, with Chakra carrying the responsibility of representing too many stories of exploitation and victimhood to also exist as a real character in his own right. It robs some of the power from the tale of his inner anguish, his loss of soul, that we were not better acquainted with that soul to begin with. But in every other respect, “Buoyancy” is a taut and urgent message movie that tracks with pounding single-mindedness the horror of human trafficking in a journey that, like so many, starts out with the promise of advancement but ends up a regression to a primitive, brutish state of being, in which only the cruelest survive. 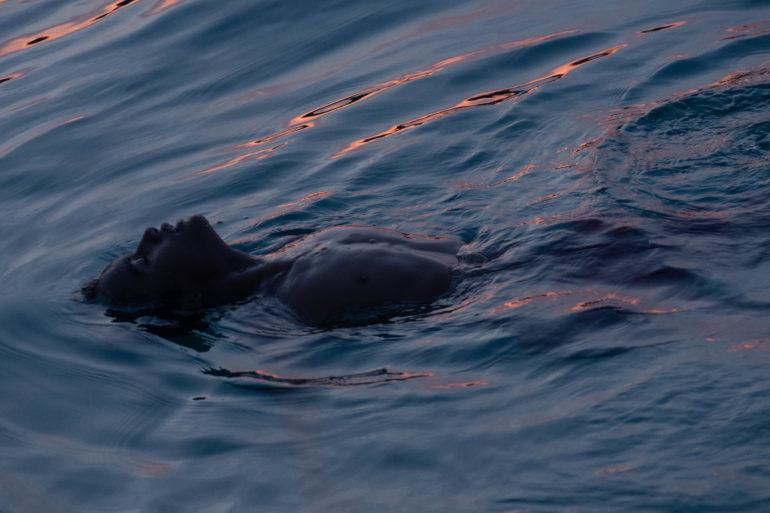