LOS ANGELES (Variety.com) – Lucy Liu became the second Asian-American woman with a star on the and gave thanks to the first recipient, Anna May Wong , for paving the way for representation during the ceremony today.

“When I moved to Los Angeles, I actually lived on Vine Street, so it’s thrilling to have Anna May Wong, who is the first Asian-American actress, as my neighbor. A hundred years ago, she was a pioneer while enduring racism, marginalization and exclusion,” Liu said in her speech. “We could actually start our own little Chinatown right here.”

Wong is considered to be the first Chinese-American Hollywood star, first appearing in silent films then moving to sound films, TV, stage and radio. She received a film star on the Walk of Fame in 1960, its inaugural year, and stands as one of the four pillars on the Gateway to Hollywood sculpture. Nearly 60 years later, her star is joined by Liu , who has appeared on TV in “Ally McBeal” and “Elementary,” and in film franchises such as “Charlie’s Angels,” “Kill Bill” and “Kung Fu Panda.”

“Sometimes people talk about my mainstream successes as groundbreaking for an Asian, but Asians have been making movies for a long time. They just weren’t making them here because we weren’t yet invited to the table. I was lucky that trailblazers, like Anna May Wong and Bruce Lee, came before me. if my body of work somehow helped bridge the gap between stereotypical roles, first given to Anna May, and mainstream success today, I am thrilled to have been part of that process,” Liu said.

Liu’s role as Ling Woo on David E. Kelley’s legal drama “” helped the series win a SAG Award for best ensemble cast in 1998 and garnered her nominations for outstanding supporting actress at the Emmys, NAACP Image Awards and SAG Awards in the late ’90s. She thanked creator David Kelley for taking a chance on her at the WOF ceremony.

“At the time I started on ‘Ally McBeal,’ it was rare to get a glimpse of any diversity on screen. David Kelley, who is here today, took a risk by creating Ling Woo. David, thank you for taking a chance on me,” she said.

Liu also thanked her parents, who were Chinese immigrants, for coming to America, overcoming obstacles and instilling their “survival instinct, perseverance and determination” in her. She gave shoutouts to her brother and manager for supporting her career and to her son, who now has more opportunities to see himself represented on screen

“I’ve learned the specific things that made me feel like an outsider were actually the biggest contributors to my success. This industry has afforded me the opportunity to grow as a human being and discover more and more of what I am capable of,” she said. “This dream-fulfilling honor I am receiving today affirms anyone who feels like an outsider can take her place among the stars.” 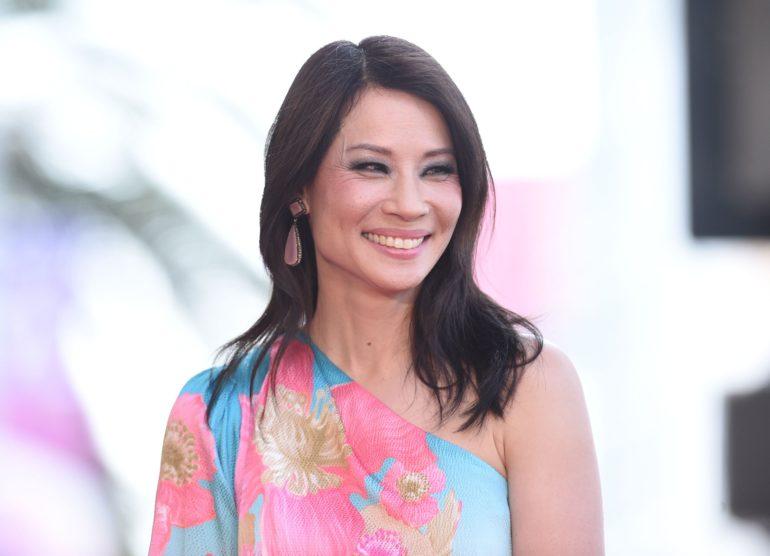