LOS ANGELES (Variety.com) – Multiple snitches swear Mike Shinoda, co-founder of the two-time Grammy winning alt-rock band Linkin Park, one of the top-selling bands on the planet with more than 70 million album sales, has made a clandestine, $7.95 million off-market purchase of a brand spanking new mansion in the affluent foothills above Encino, California.

The house, a forward thinking traditional clad in pale shingles, was sold before it was put on the open market so details are painfully slim. Nestled up against an undeveloped hillside at the end of an obscure cul-de-sac, the newly completed manse sits on more than half of an acre with an unknown number of bedrooms and bathrooms in more than 9,000 square feet of casually luxurious living space. There’s a three-car garage with direct entry, three fireplaces, including one in the master bedroom, and a backyard swimming pool with panoramic views across the sprawling San Fernando Valley.

The property was listed with Dennis Chernov of the Chernov Team at Keller Williams and the buyer was repped by Robby Sutton at Hilton & Hyland .

Shinoda, an accomplished artist and designer who has provided much of the artwork for Linkin Park’s album covers and merchandise, appears to own at least two other homes in Los Angeles, including a 9,000+ square foot showbiz pedigreed mansion in an illustrious guard-gated enclave in the mansion-strewn mountains between Sherman Oaks and Beverly Hills that was scooped up in 2006 for $7.4 million from comedian/political provocateur Tom Arnold, who’d bought it some eight years earlier for $2.3 million from dancer/singer/entertainer Paula Abdul.

Linkin Park has been on an indefinite hiatus since the July 2017 suicide of lead vocalist Chester Bennington . Since then Shinoda, whose maintained a side band called Fort Minor since 2004, released a debut solo album, “ Post Traumatic ,” that dealt with some of the emotional turmoil around the death of Bennington. 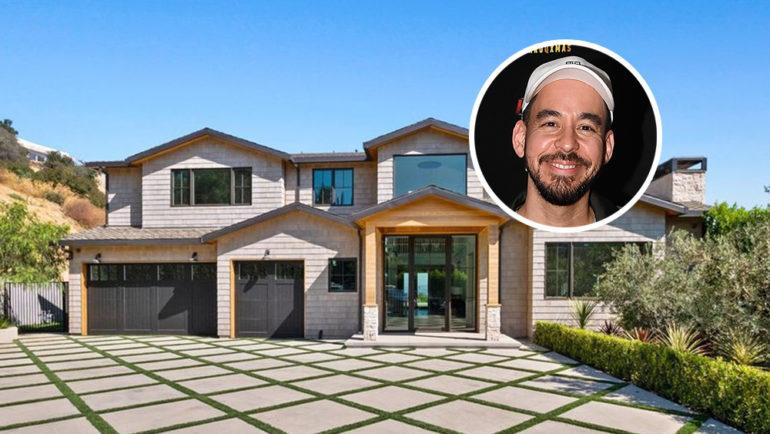