Lee Radziwill who was witness to history in the “Camelot” White House, married a prince and counted Andy Warhol, Truman Capote and Rudolf Nureyev as friends in a star-studded life, has died at the age of 85, according to U.S. media reports. 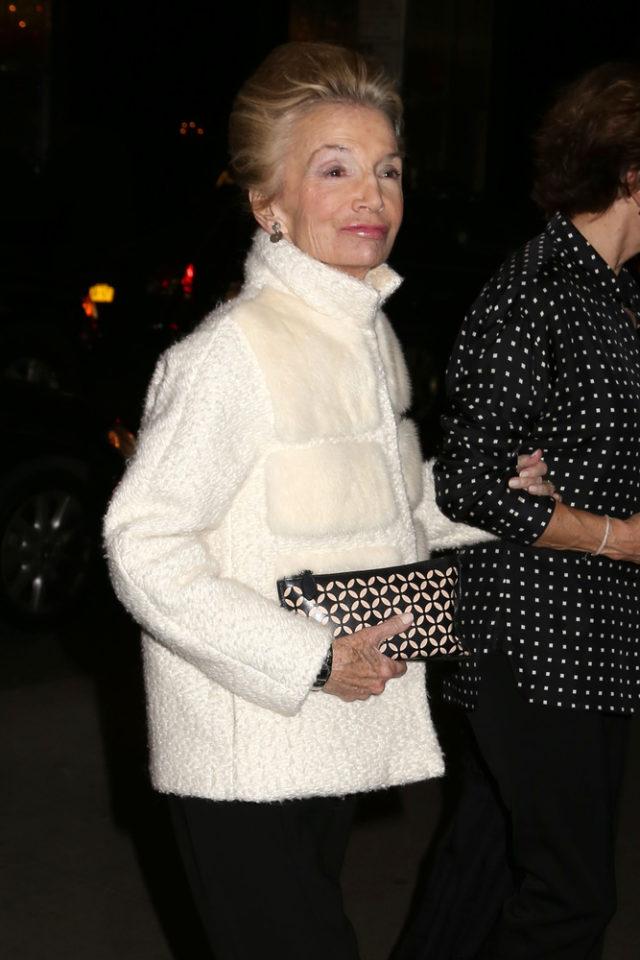 Radziwill’s world was inhabited by doyennes of high society, artistic celebrities, fashion moguls and wealthy, prominent husbands – including one whose royal status made her a real-life princess. She was an actress, interior decorator, author, fashion public relations executive and television interviewer, although some of those careers were short-lived.

Radziwill was a portrait of sophistication and words such as “enchanting” and “adored” seasoned her conversations. For years she was a perennial entry on international best-dressed lists.

The Bouvier sisters were close but there was an undercurrent of competition between them. One biographer said the girls’ father, the dashing John “Black Jack” Bouvier, favored Jackie and Lee felt she could not live up to his expectations. Both girls idolized their father but Lee said she had a difficult relationship with their mother, Janet, who called her fat.

Radziwill recoiled at suggestions of resentment toward her sister, telling People magazine in 1976, “It’s just the most ludicrous talk in the world that we’re rivals. We’re exceptionally close and always have been.” 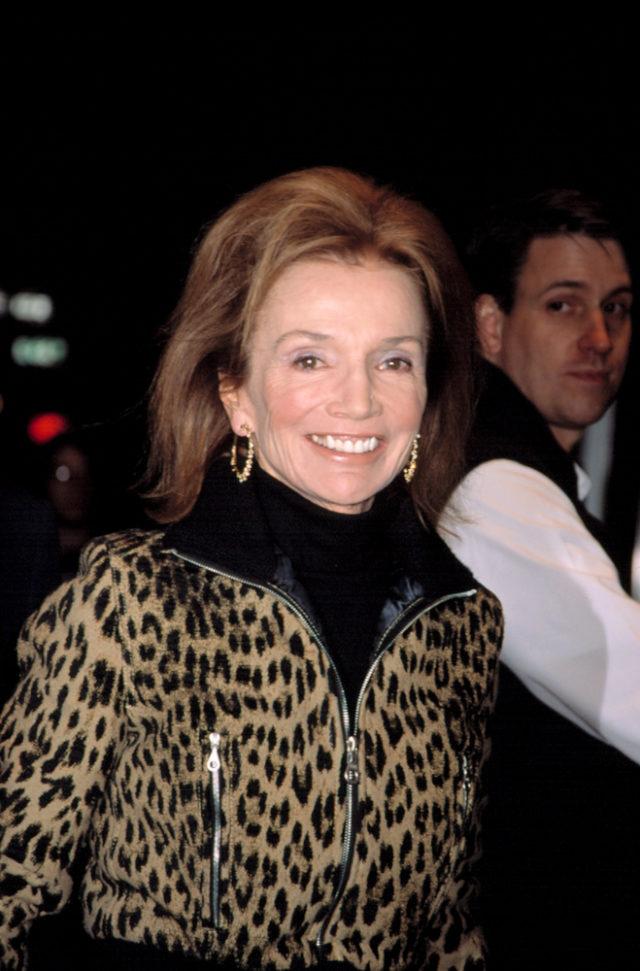 Nor did Radziwill like anyone thinking that she lived in Jacqueline’s shadow.

The sisters visited often – Lee and her family had been regulars at the White House during Christmas season – until Jacqueline’s death in 1994. They collaborated on “One Special Summer,” a book about a European trip they took in the 1950s, and Jacqueline named her first child Caroline in honor of Lee.

In 1953 she married Michael Canfield, son of the president of the Harper & Brothers publishing house, and the couple moved to England. They split in 1958 and a year later she married Prince Stanislas Radziwill, an exiled Polish nobleman who invested in London real estate.

Radziwill and the prince had two children, Anthony and Christina, and lived on a street behind Buckingham Palace during what she told the New York Times was the happiest period of her life.

When John F. Kennedy became president in 1961, he and Jacqueline, who had married in 1953, brought a new youthful mood to the U.S. capital, giving birth to the “Camelot White House.” Despite living in London, Radziwill, then known as Princess Lee Radziwill, managed to be in the thick of the Washington Camelot.

“I can’t deny those few years were glamorous,” she told the Times. “Being on the presidential yacht for the America’s Cup races, the parties with the White House en fête. It was so ravishing.”

In a 2001 interview with ABC, Radziwill told of being in the private quarters of the White House with Kennedy and her sister at the peak of the 1962 Cuban missile crisis. She said one night the president took a phone call and afterward told them, “In three minutes we’ll know if we’re in all-out war or not.” 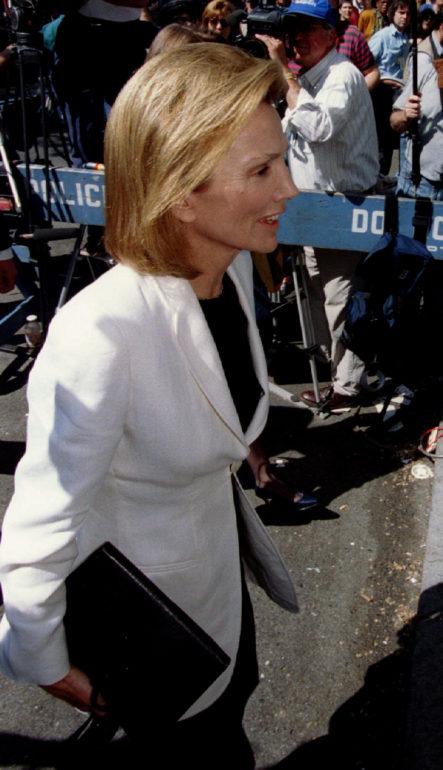 When her second marriage deteriorated, Lee moved back to New York and she and the prince divorced in 1974.

She was married to Herbert Ross, director of the movies “Footloose” and “Steel Magnolias,” from 1988 to 2001.

She also had a relationship with Greek shipping magnate Aristotle Onassis before he married Jacqueline. Radziwill described Onassis to the Times as “dynamic, irrational, cruel, I suppose, but fascinating.”

In New York, Radziwill became one of Capote’s “swans” – the name the writer gave to the gossipy circle of his New York socialite women friends. Capote fell out of favor with them in 1975 when Esquire magazine published “La Cote Basque 1965” – his thinly veiled tale of sex and dirty secrets based on the “swans.”

Radziwill’s relationship with Capote became more bitter in the late 1970s when she sided with author Gore Vidal in a feud with Capote. Vidal had sued Capote for telling an interviewer that Vidal had been tossed out of a 1961 White House party for drunken behavior. In his suit, which was eventually settled out of court, Capote claimed he heard the story from Radziwill but she responded that she had never said such a thing.

Capote called Radziwill a “treacherous lady” and began to publicly discuss the particulars of her love life, although in the past he had once been one of her biggest supporters. He had encouraged Radziwill to pursue an acting career and wrote the screenplay for the 1968 TV adaptation of “Laura” that Radziwill starred in. She also had an unsuccessful run in a Chicago stage production of “The Philadelphia Story” but was panned.

Radziwill worked for editor Diana Vreeland at Harper’s Bazaar magazine, did public relations for designer Giorgio Armani and was an interior decorator in the 1970s. In 1974, the CBS television network gave her an interview show, “Conversations With Lee Radziwill,” in which she talked with famous friends such as Nureyev but it was canceled after six episodes.

Radziwill’s son, Tony, died of stomach cancer in 1999, less than a month after her nephew, John Kennedy Jr., was killed in a plane crash. 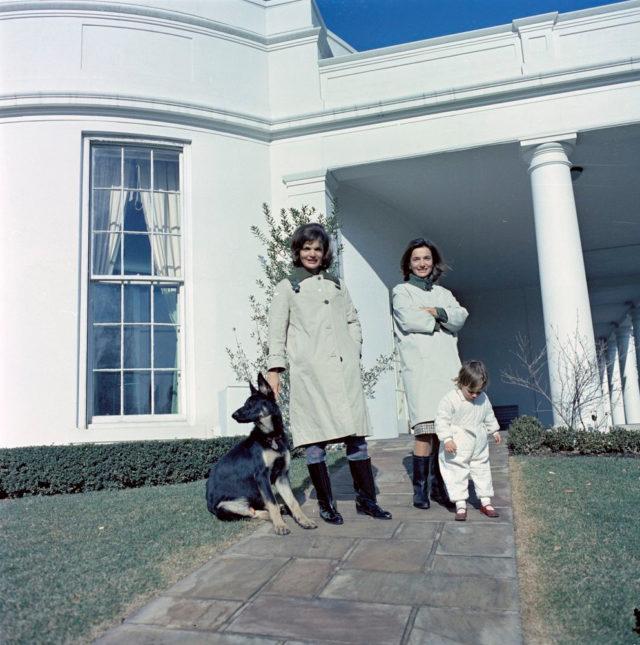