“My Heart” teams two Oscar-winning European companies: “The Secret In Their Eyes” producers Besuievsky and Gerardo Herrero’s Tornasol with Indigo, the shingle behind Paolo Sorrentino’s “The Great Beauty.”

Amazon Prime Video will offer “The Heart” after its theatrical release, which will be handled by Universal Pictures International Spain.

The film went into production in early November and will shoot for eight weeks in Madrid, Pamplona and Rome.

Set in the ’70s, it tells the story of María, played by Ingrid García-Jonsson (“Beautiful Youth”), a young woman with a desire of freedom who, after leaving her boyfriend alone at the altar in a church in Rome, travels to Madrid to fulfill her dream of being a professional ballerina.

Together with her inseparable friend Amparo, played by Verónica Echegui (“Trust,” “Fortitude”), María will begin to make her way in the TV world, working on the dance ensemble of “Las noches de Rosa,” the most successful TV program of the moment, which is supervised by a TV censor.

“I always wanted to produce a movie that had the format of a musical,” Besuievsky told Variety.

“The biggest challenge we took on with this movie was to get the audience excited, have fun, dance in their armchair and go out wanting to watch it again,” she added, calling the movie “open to the public, but with a very personal auteur touch.”

Besuievsky said that Tornasol had bet n a young director who was born listening to Raffaella’s songs and whose audiovisual experience is mainly in advertising, fashion and videoclips, but whose passion impacted us from the beginning,” she said.

“After the success of ‘Campeones,’ we were looking for a fun, young, exciting comedy that would appeal to the world. We were seduced by this fantastic screenplay and the amazing cast, and of course, by the songs of the great Rafaella Carrà,” said CEO Antonio Saura.

He added: “A very timely film, that deals with love, passion, joy for life and censorship of all the above, should be a smashing success for family audiences around the world, produced by a company that is a guarantee of quality, being behind films like ‘The Realm’ or ‘The Weasels Tale,’ among others.” 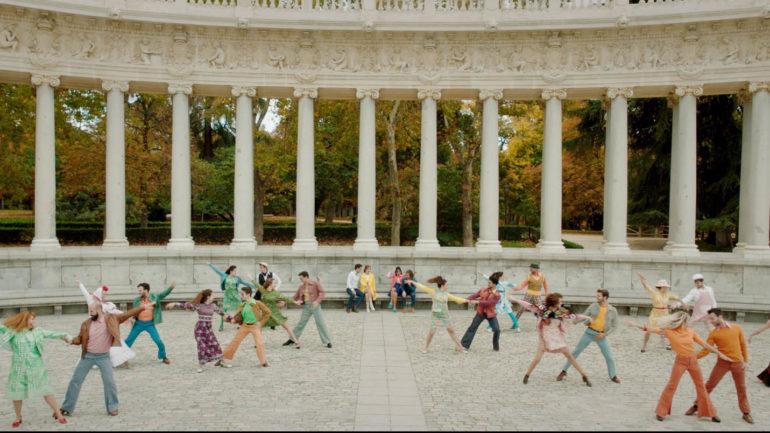